One way for generating such singular photons is the utilization of intricate multiple laser organizations that have been accurately set up with optical elements to generate these singular photons. Lately, encrustedmaterials that cater as quantum emitters have instigated to reveal a way forward. But even such layered substances need some sort of light source to boost the release of singular photon. 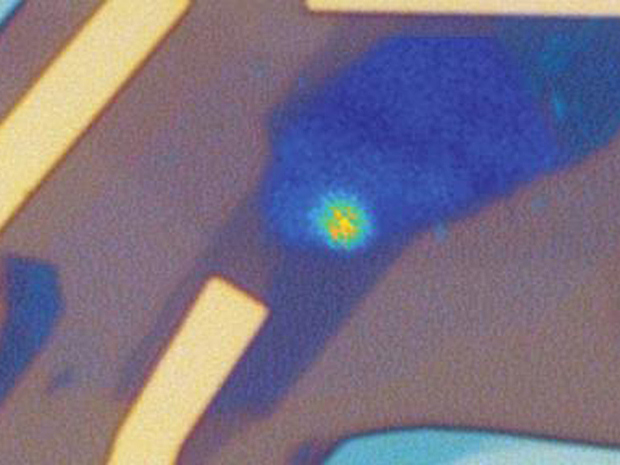 Now scientists at the Cambridge University in England have structured gadgets prepared from sleek layers of graphene, transition metal dichalcogenides (TMDs) and boron nitride that release a singular photon completely electrical. The linkage of such three sorts of two-dimensional substances produced devices that are critically ultra-slim quantum light releasing diodes or LEDS.

As per the details of the research, the U.K. based scientists illustrated that the TMDs of tungsten diselenide and tungsten disulfide that are both known for being active semiconductors can cater as a platform for releasing quantum-light producing gadgets.

The TMD layers offer a stringently confined space in two-dimensions where electrons complete the holes. When an electron shifts into one of such holes that rest at a lower energy, the difference in the energy generates a photon. In the quantum LEDs manufactured by the scientists from U.K., a voltage moves electrons through the gadget and fill holes, creating singular photons when they function.

The scientists believed that this ultra-slim platform function absolutely electrically will offer on-chip singular-photon release for quantum communication near to reality. “Eventually, we require completely integrated gadgets that we can regulate by electronic impulses, instead of a ray laser that emphasizes on distinct slicesof an integrated circuit,” says Professor Mete Atature from Cambridge’s Cavendish Laboratory, who is also a senior author of the report.

“For quantum based communications with singular photons as well as quantum networks between distinct nodes, we want to be efficient to just shift current and obtain light out. There are multiple emitters that are optically excitable, but just a handful of them are electronically driven.”

Further added by atature, “We select tungsten disulfide as we intended to witness if distinct substances provided varying parts of the spectra for singular photon emission. With this, we have revealed that the quantum release is not just a special feature of tungsten disulfide. Based on this, it has been suggested that numerous other sorts of layered substances might be able to possess features that are similar to quantum dot, and hence, will be able to serve numerous applications as well.”