The number of mobile apps available for mobile phones might count somewhere near four million including both iOS and Android based apps. No doubt, if you need to teach something to the next generation of computer experts it is coding and programming. And there is no need to pressurize them with highly technical lessons as well as language. You can now use a programmable remote controlled ball that will take the fun element to a completely new level for them.

Introduced almost a year back, the Sphero’s SPRK is a mobile app from Lightening Lab that will allow the program developers to write their own programs for controlling the ball that is connected with their systems via Bluetooth. One can simply create complicated programs for moving the ball forwards, backwards, right, or left in complicated mazes. The balls once connected with the system can easily navigate through the mazes as well as explore the room in an autonomous manner. These will even serve the users as a fortune-telling Magic 8-ball. 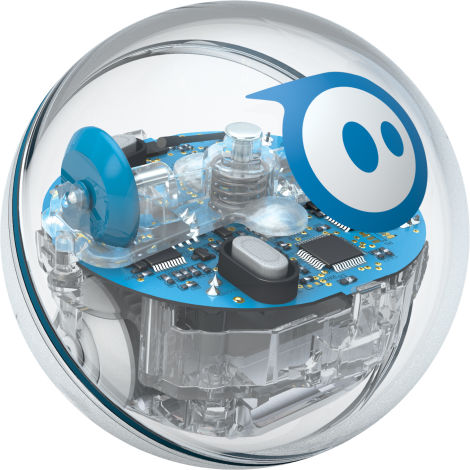 The SPRK can be availed by anyone who wishes to learn coding, initially it was created for teaching school kids about programming offering them a way more tangible manner to watch out the effects of their coding. To make things simpler in classrooms, Sphero is bringing forth a new version for learning the execution of this toy called SPRK. The new iteration of this software mirrors the basic features of its predecessor, therefore, this one is also a see-through plastic ball showing the inner networks of the self-rolling ball. This one also carries an extra plastic covering that makes the outer shell of the ball bit more scratch resistant that is capable of going through all kind of possible wear and tear. It can now be accessed by many more students.

The SPRK+ also sports a better tap-to-connect button that will free the teachers from giving individual attention to every single student. The students just need to stand close to their smartphone or tablet with the SPRK+ in their hands and the two devices will pair. Sphero has worked on improving the Lightening Lab of SPRK+ as well. It is now more easily accessible by sensors and other kind of hardware that are present in the ball. As and when you will assemble the programs graphically, each one will come with a new look. There are around 150 new activities that speak of different coding approaches and techniques along with all kind of news feed that show some very special and interesting programs that have been submitted by users of this community.

Just like the preceding version, the new version of this Lightening Lab app are completely free of cost that will work just like other products from Sphero.