For the first time in history, ALPHA collaboration reported the measurement on the optical spectrum of a single antimatter atom. The new development leads to first step in the direction of high-precision antimatter research. The achievement is an hard earned one that comes after 2 decades of committed work of CERN team. Spokesperson of ALPHA collaboration, Jeffrey Hangst, says, “Using a laser to observe a transition in antihydrogen and comparing it to hydrogen to see if they obey the same laws of physics has always been a key goal of antimatter research.”

Atoms are constituted by a nucleus with electrons orbiting around it in a consistent manner, these minute particles emit and absorb light at specific wavelengths leading to formation of an atomic spectrum. Consequently, every electron has its own specific spectrum and this spectroscopy happens to be one of the most common tools that is used across multiple fields of astronomy, chemistry, and physics. It also helps in characterization of molecule and atoms along with their internal states. In astrophysics, for instance, light spectrum analysis of distant stars permits scientists determine the basic composition of these celestial bodies. 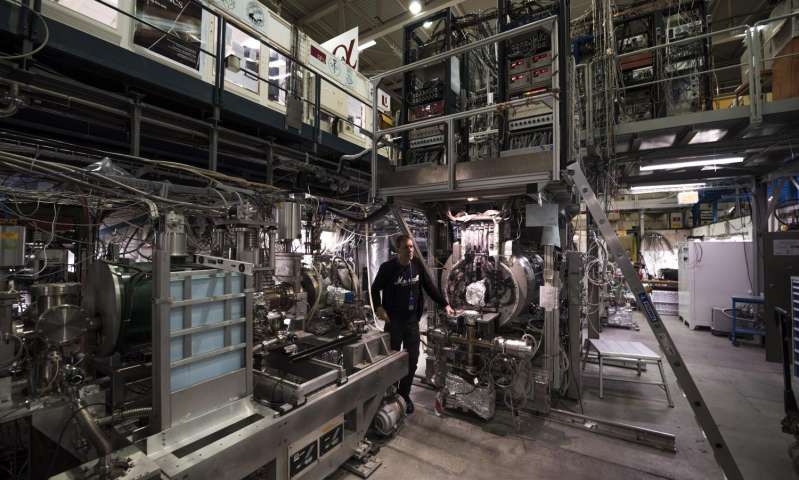 Out of all elements, Hydrogen happens to be one of the most tricky ones as it has a single electron. It is available across the universe in the most abundant manner, however it’s spectroscopy can be done with high precision. But the antihydrogen atoms happen to be the most poorly understood ones. It is because these particles need to be produced and then assembled in form of atoms. That’s a very painful process but worth a try as the difference between matter and antimatter atoms of hydrogen is capable of contradicting all basic laws of physics. It is a very unique experiment that can produce the antihydrogen atoms and keep them still in a specially-formulated magnetic trap. Hangst adds, “Moving and trapping antiprotons or positrons is easy because they are charged particles. But when you combine the two you get neutral antihydrogen, which is far more difficult to trap, so we have designed a very special magnetic trap that relies on the fact that antihydrogen is a little bit magnetic.”
Filed Under: News