The communication between the robot and the android application is carried over by the Bluetooth link between the phone’s Bluetooth and the Bluetooth device in the Robot. The ASCII commands are sent from the phone to the Robot which in turn checked by the Arduino for the control of the wheels according to the commands to move the robot in the desired direction.

The Android app developers generally use JAVA language, but this Android app can also build without knowing the Java language. This app was developed in the online Development Environment which is developed by MIT called “App Inventor”. This app inventor is specially designed for Non-programmers those who don’t know the JAVA language. The app shown below has buttons and all the buttons gives different bytes in the output that has to be sent to the Arduino using Bluetooth for processing. For eg. If we press forward button, the Bluetooth Module will give 1 byte at its output, which is received by the Arduino to process the byte and take necessary action. The app consists of the option to use the Voice Command of the Android phone or to use the buttons to control the Robot. You can find tutorials related to the App inventor in its website. 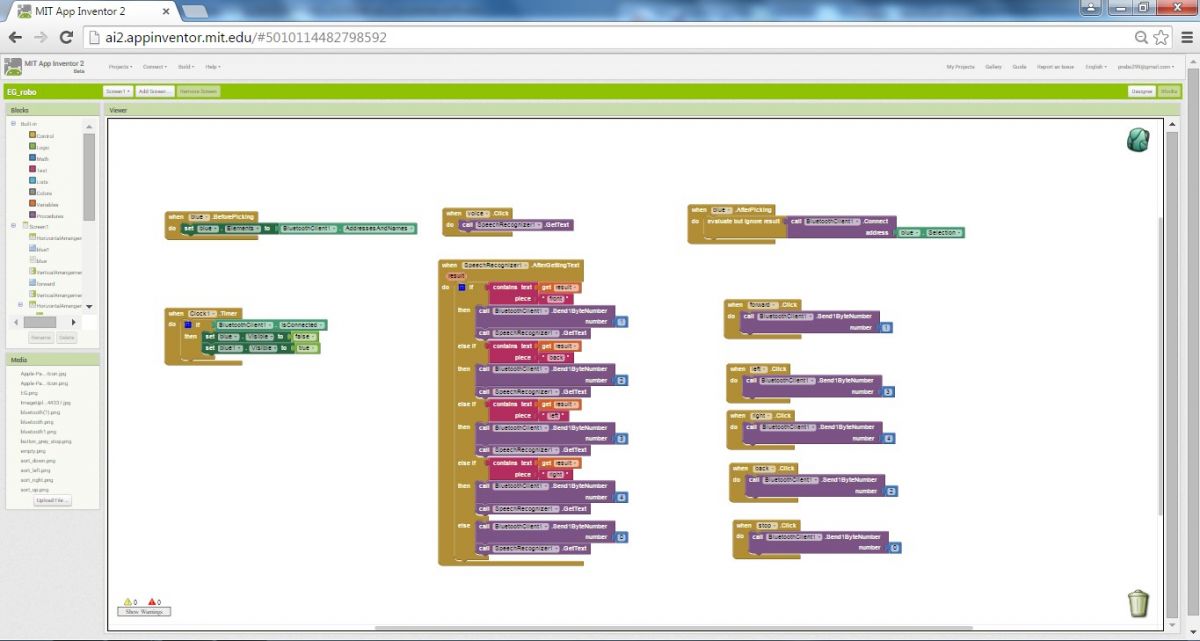 Make the circuit as is given by the circuit diagram. Make the robot assembly with your selected parts and connect the motors to the circuit. Optocouplers are used to safeguard the Arduino from High voltage risks. 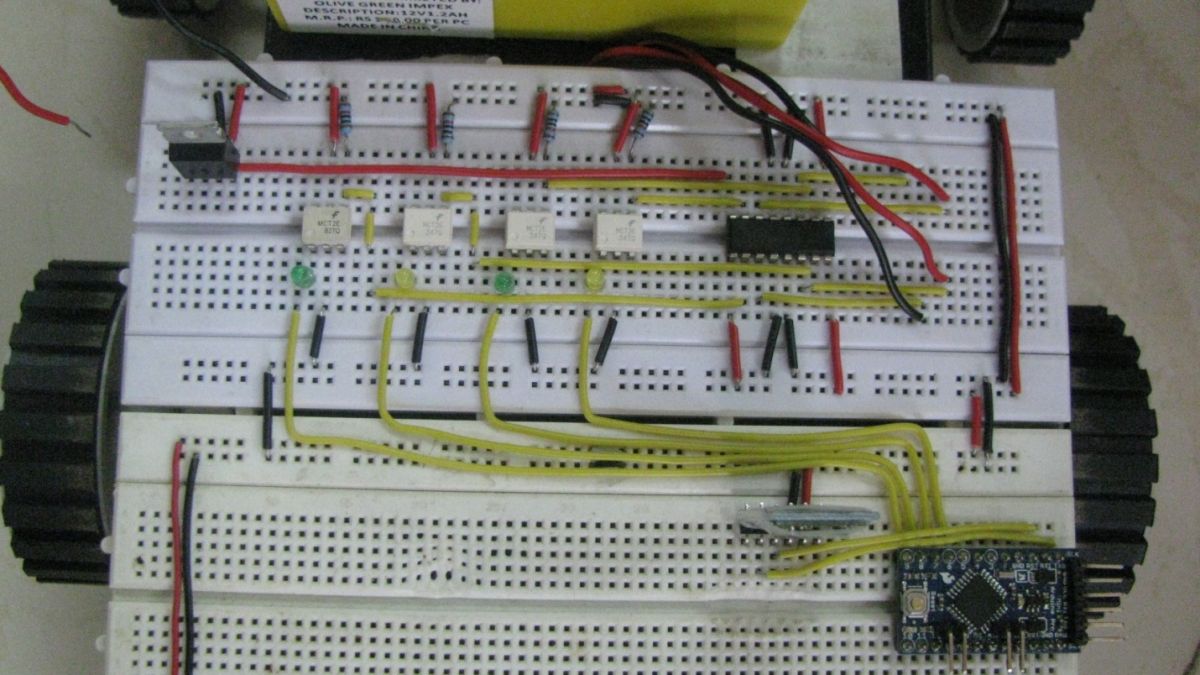 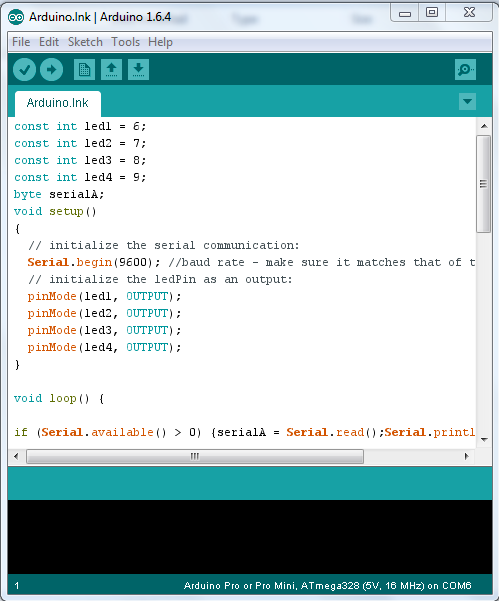 Downloading the android application and setting up the Bluetooth:

To download the android application to your phone, download the application file from below link and copy the apk file to your phone and then install it. Check whether allowing installation of non-Market apps in one of the settings tab is checked with tick mark. Once you have installed the application, the next step is to connect with your Bluetooth module from your phone. For this, you need to power the Arduino and Bluetooth module and then turn ON the Bluetooth on your phone and make it visible to other devices. After that, search for new devices in Bluetooth, you can find your Bluetooth module from the list, enter the pairing code which is usually ‘1234’ or ‘0000’when prompted .

Note the name of your device, in this case, it is “HC-06″. After pairing with the robot, go to the “EG-ROBO” application and touch the Bluetooth button to select the paired device now the color of the Bluetooth button will be changed for a successful connection. After that the phone will get connected to your robot, and by clicking the respective buttons, the robot will move accordingly. You can also click the voice button for the voice control of the robot. Voice commands are given in the following table. 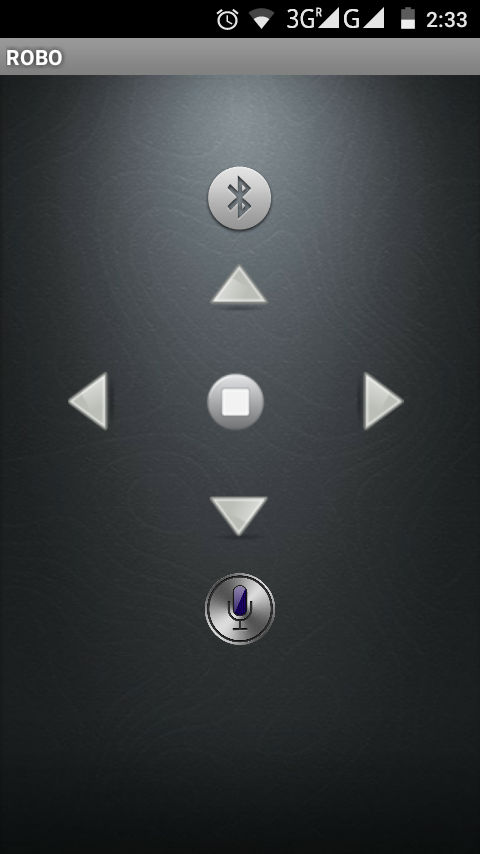 NOTE: Make sure that you are connected to the internet since voice control uses Google voice Api to get the voice to text result.