Here we have tried making a simple  arduino based security system using a GSM module and a PIR sensor. It gives a call to a pre specified phone number when any kind of intrusion is found. In the below pictures you could see the implementation of this security system.It is assumed that the reader has gone through the project how to get started with the arduino and done all the things discussed in it. 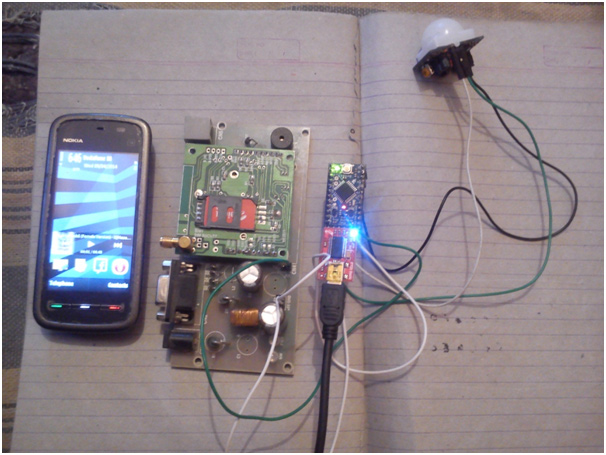 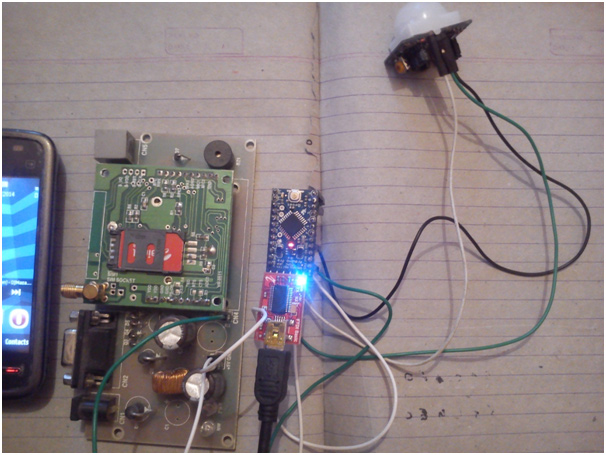 In most of security systems GSM is widely used. Here in this project GSM is used for making a voice call for alert. The main aim of this project is secure your house/office from thief.

In this circuit GSM and PIR sensor sensor are used. When any human (thief) comes in the range of PIR sensor, Arduino make a call to a fixed number. It means anybody in your house/office, then you can take a possible action against thief at same time. 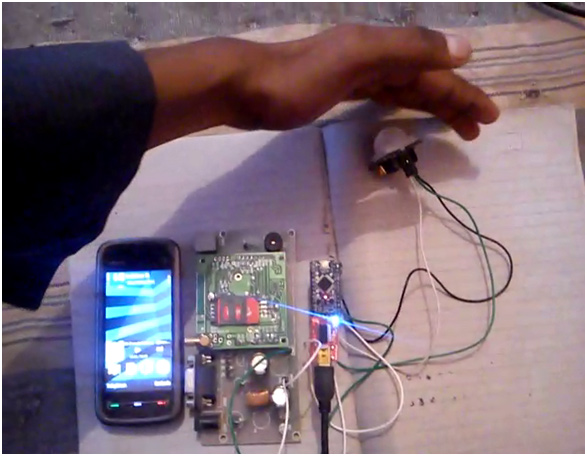 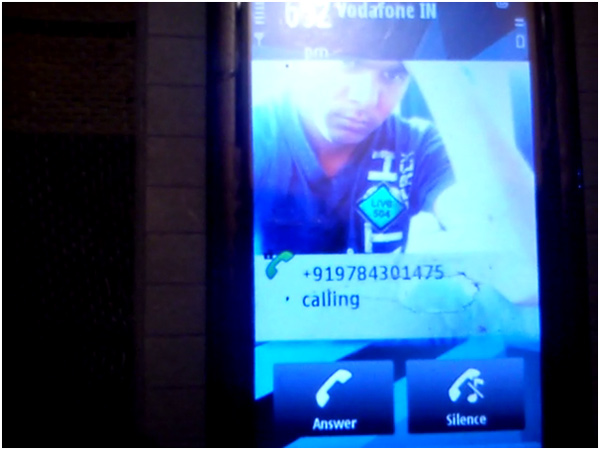 This system is very simple. And the working of this system is very simple as well. In this system PIR sensor used for sensing and then arduino used for controlling and then A GSM module which is used for calling purpose. When anybody comes in range of PIR sensor, then sensor sends a logic signal to Arduino then Arduino take control and perform a given task. Hare a calling task is given to Arduino. Then arduino sends signals to GSM module for make a voice call. 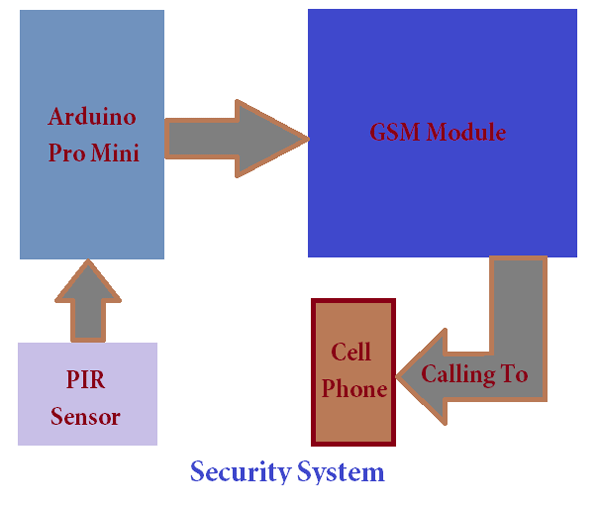 If human body is moving in range of PIR sensor, its sends signal to Arduino continuously and Arduino make call again and again until Moving body comes in rest and until goes out of range.

Circuit of this security system is very simple. Digital Pin number 9 of Arduino Pro Mini is directly connected to output pin of PIR sensor. And Rx and Tx pins of Arduino are directly connected to the Tx and Rx pins of GSM module respectively. It means a cross connection take place between Arduino and GSM module. Due to in-build Rs232 serial communication section on the GSM module, there is no need of RS232 serial communication section. PIR sensor is also available in market easily. And you can build it at your home also.