This post is inspired from one of the blogs of Carlos Asmat and later modified by Karan Jitendra Thakkar, which uses persistence of vision (POV) to create a 2D display with the help of an LED strip. It is a simple project and doesn’t require an expertise. But for detailed experience, you can either visit Carlos Asmat page or Karan’s blog

To start the project, you will need an Arduino Uno or any Arduino which has 11 or more digital I/O pins and a CPU fan rated 12V/0.25 mA, which is generally available in electronic store. Further, get LED’s of your choice of color along with connectors and batteries. IR transmitter and receiver is also required here. You can get TSUS4400 from Vishay for IR transmitter and for IR receiver, TEFT4300 from Vishay is needed along with 1K8 resistor. You will also need a 7805 voltage regulator for giving 5V continuously to IR transmitter. And other small stuffs like Bergsticks and some kind of glue to hold them.

Working of the project

If you want to understand the working a 1D LED strip for 2D display patterns, then visit carlos page. He has used an additional variable ‘timer3’ which can be adjusted to get a stable display but it is tough to modify the value of that variable because it is part of trial-and-error method. Even if you get a value of timer3 which is visibly stable, it is still required to change its value if you change the number of alphabets in a text, or the delay between different columns, or the delay between different frames.

To display all alphabets at the same position to make the text look stable, Karan came out with two major software changes although his basis behind the model is same as that of Carlos. He used an IR Transmitter Receiver pair to mark the ‘home’ location. The IR Transmitter is constantly powered using 5V supply and the IR Receiver is powered from the Arduino. The best part here is the stability of drawing that depends on the speed of rotation. If it is fast enough one can clearly see the text without any impairment. Another change in software is that he defined bitmap patterns for various alphabets and symbols with the help of Arduino code. For detailed code description you can visit karanjthakkar blog. 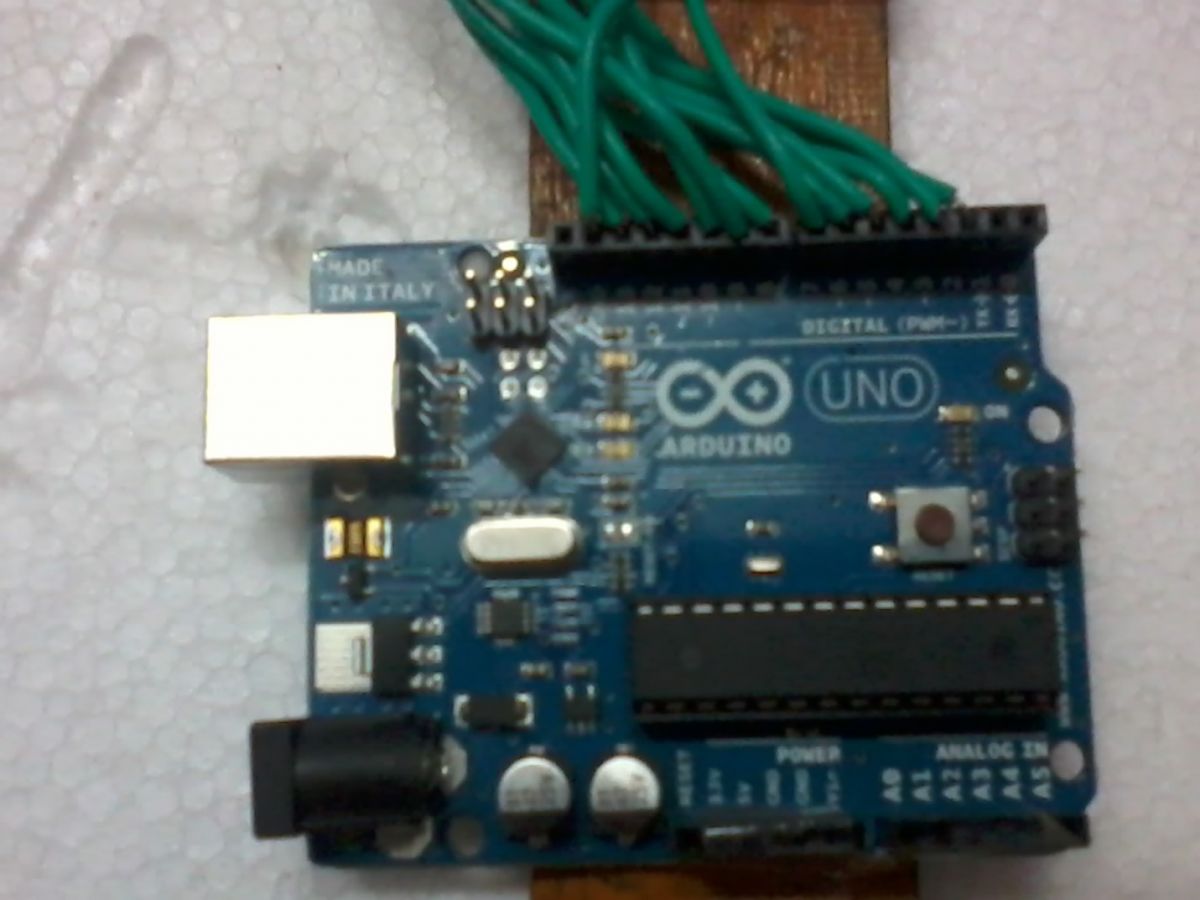 The only drawback is in CPU fan used here, which is not capable of bearing the load of the rotating arm that is LED strip + Arduino + Battery which leads to reduction of speed of the fan and therefore it distort the text. Something with better torque and greater speed is required to avoid this problem.

This article has majorly covered the changes explained by Karanjthakur in his blog, but you can try blogs of Carlos Asmat too, to have better understanding and experience of Arduino controlled POV Display. All the best.