There are so many athletes compelled to quit their game early because of concussion risks and brain damages. The protective helmets do save them from a lot but not from fatal injuries. However, a new collar inspired from woodpeckers comes to rescue. It is being said that this collar will keep athletes safe from traumas and fatal injuries. Developed by Greg Myer and David Smith from Cincinnati Children’s Hospital, the collar forms a bubble wrap around the brain. Officially named as the “Q Collar”, this device demonstrated significant decrement in brain traumas and injuries across a number of high school hockey and football players.

As per some recent stats, more than sixty per cent of NFL players suffered from concussion once in their life and many of those might suffer with long-term brain damages in a long run. Helmets keep them safe from skull fractures but are completely helpless in terms of brain trauma and concussions, the extra padding in them just increases the inertia but doesn’t save them. This increases the chances of injury, the brain tissues can easily slosh anywhere inside the skull cavity leading to substantial damages to neural connections and brain tissues. 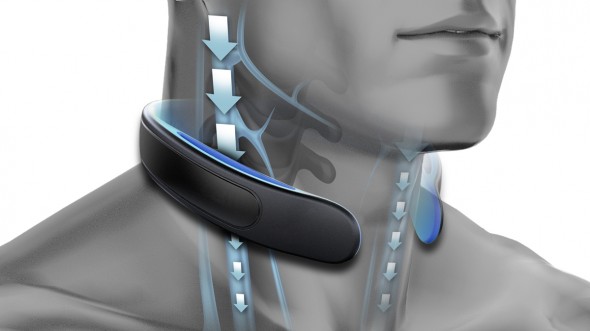 Smith was initially working on military helmets to improve their efficiency when he noticed the number of studies done on woodpeckers. He realized the potential it had for keeping people safe from concussions. Woodpeckers usually hammer on trees somewhat around 12, 000 times per day when their mating season is on. The birds can go up to 18-22 times per second. Nevertheless, these kind of blows can lead to formation of wallop causing a deceleration of force at 1200 g’s. Yet they never suffer any kind of concussion because their skulls act as natural shock absorber. Some studies and a few CT scans showed that these birds have thick muscles, a third inner eyelid, and spongy bones. All these mix with the cerebrospinal fluid to absorb the shock generated from repeated pecking.

Woodpeckers are also blessed with a long tongue that is capable of wrapping around the head and pinching the jugular vein. This increases flow of blood in head forming a protective cushion-layer on the inner end of the skull. He then shared the idea with his teammate, Myer and both of them started working on this project. They browsed and collected all data related to head injuries in high schools among hockey and football players and categorized it as per the altitude of stadiums. They found that at higher altitudes the signs of concussions among students were much less as compared to those at lower altitudes. There tests thus became inspired from other high altitude animal that has natural protection in head against head-ramming injuries.

In order to mimic this process in form of an actual device, they took help from Q30 innovations. The company designed the C-shaped Q-Collar that perfectly fits around the neck of players. The Q Collar softly clamps down over the jugular vein that increases the blood supply to brain. It leaves less room for brain to slosh in the skull and this decreases the risk of brain traumas.