Continue to Site
It is a recorded fact in the history for the first time ever, when the accuracy of such high level has been obtained. To the surprise of most of the researchers, it is believed to be an unbelievable factor that can be now supportive in carrying and executing a range of applications.
When there is striking between the electrons in atoms, their status can alter unimaginably instantly. Laser physicists from the LMU Munich along with their team members from the Max Planck Institute of Quantum Optics have now estimated the period of such a procedure – namely that of photoionization, wherein an electron releases a helium atom after excitation by light.
It has been possible because for the very first time with zeptosecond accuracy. A zeptosecond is a trillionth of a billionth of a second. It is the first determination of the timescale of photoionization and the extent of precision accomplished is unexpected for a direct estimation of the interaction between matter and light.
When a light particle that is a photon interacts with two varying electrons in a helium atom, the transformations take place, not just on an ultra-short time scale, but also the quantum mechanics phenomenon comes into play. Such rules confirm that either the overall energy of the photon get absorbs by one of the electrons, or the energy is dispersed between them. Regardless of the mode of transfer of energy, a single electron is ejected from the helium atom. Such a process is known as photoemission or also the photoelectric effect and was introduced by Albert Einstein at the instigation of the last century. 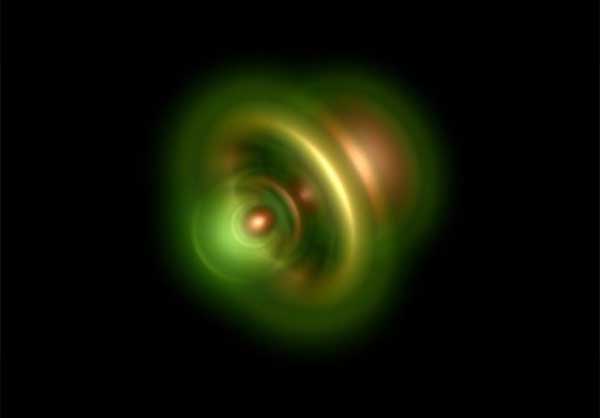 For observing what happens, you require a camera with an exceedingly rapid shutter speed. The entire procedure from the point of which there are interactions between the photon with electrons to the instant when one of the electrons leaves the atom takes between 5 to 15 attoseconds as that have been illustrated by the physicists in the recent years.
Utilizing an enhanced technique of estimation, the Munich physicists can now precisely gather events that happen on timescales down to 850 zeptoseconds. The scientists directed an attosecond – length, ultraviolet light pulse of XUV onto helium atom to trigger the electrons. At the same time, they fired a second infrared laser pulse at the same target, resting for around four femtoseconds. The released electron was identified by the infrared laser pulse as soon as it left the atom and in response to the movement of XUV light.
On the basis of the confirmed status of oscillating electromagnetic field of such pulse at the time detection, the electrons were triggered or decreased in speed. By estimating such change in speed, the scientists were also able to identify the duration of the photoemission occasion with zeptosecond accuracy. Moreover, the scientists were also able to identify how the incident photon’s energy is quantum mechanically dispersed between two electrons belonging to the helium atom.
Filed Under: News