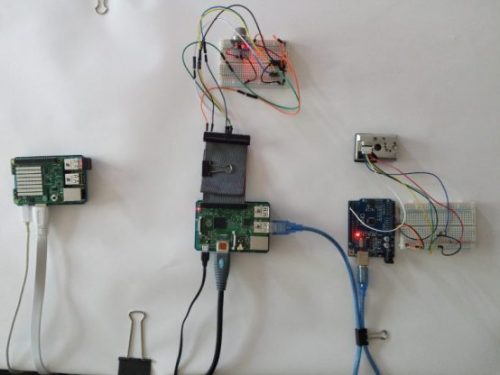 Raspberry Pi makers take great pride in playing a key role in designing new innovations that are rocking the world of technology. The best example of this fact was recently seen when nine year old Arnav Sharma who designed an asthma monitor that runs on Raspberry Pi. The kid started learning about the causes and effects of asthma at an early stage and started finding ways to help patients suffering from this problem. He found that asthma, as a problem, is hard to be diagnosed but can be fatal if left unchecked. The other side of the story is that under this impression, kids are often over-diagnosed or under-diagnosed. Inhalers only reduce the symptoms but have several other side-effects such as reduced disease resistance and development. As per our young innovator, the best plan to bring this problem under control is by following a specific treatment plan.

The AsthmaPi developed by this kid employs a Sense HAT, a Sharp Optical Dust Sensor, An Arduino Uno, and a MQ-135 Gas Sensor. The SenseHat sensors measure humidity and temperature, while the MQ gas sensor scans carbon dioxide, smog, ammonia, nitrogen compounds, cigarette smoke, and size of dust particles. All these elements are known for being asthma triggers. The dust sensor also measures the density of dust apart from its particles size. The AsthmaPi has been programmed in C++, Python, triggers email and SMS text message alerts that keep reminding their owner about the reviews and upcoming visit to doctor.

You can take a look at the project through this video: https://youtu.be/3Dniuy4-D3M