Continue to Site
Just as convenient as an interchangeable long running power source a battery is, it is as important to keep a good care of the battery.  Maintenance of a battery is no longer a tough job as now they are good on their own and doesn’t need frequent user assistance in making the system work.  However, a regular check on battery’s charging levels needs to be kept an eye upon. Now, gadgets such as mobile phones, mp3 players have a good battery level monitor and the process becomes easy.
For simpler circuits, especially those made as DIY ones, a battery monitor system addition is a good option. Such a system would be beneficial for indicating that when the battery is down enough to get charged again and when it is perfect to pull out the charging plug.  One such circuit is demonstrated here. This battery reminder circuit is microcontroller free and is an easy project to construct. 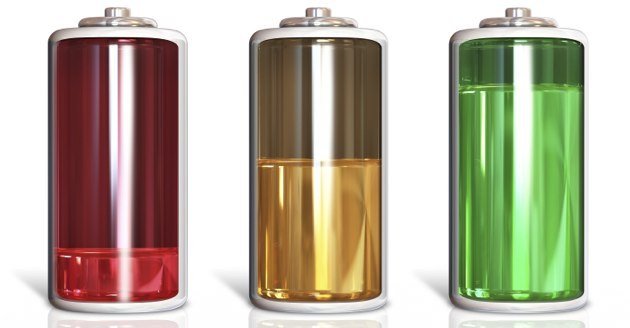 Fig. 2: Image of a Standard Battery

This is an ideal circuit to monitor the standby battery which is charging occasionally.

When the battery is fully charged and its terminal voltage is above 11.5 volts, Zener diode conducts and forward bias T1. Green LED remains on indicating the normal voltage level. When T1 conducts, base of T2 will be pulled to ground and it remains off. When the voltage drops below 11.5 volts, T1 turns off and T2 conducts. Red LED turns on and Buzzer beeps.
Connect the circuit to a variable power supply set as 11.5 volts and slowly adjust VR till buzzer beeps. Increase the voltage to 12 volts. Buzzer should stop beeping. Such circuits are quite easy to construct, thus can accessorize the circuits and add this battery monitor.