Basically, golden beet were paired with a capacitive touch sensor. It means that it responds when a person touches it and then in turn, works with an amplifier inside the wooden box. Since the box spits out noises therefore it is termed as beat boxing or beatbox.

Here python is used as the source code, which is pretty simple. It is available on Github. You can customize your instrument too. The heavy lifting part on the code front was done by pygame. It was designed for building games in Python but here it is used as audio mixer module to handle the sound files.

Garner used a MPR121 capacitive touch sensor, a homebrew amplifier based on the Texas Instruments LM386, and the Raspberry Pi to tie it all together. The wooden box was a homebrew job of Garner’s own design. 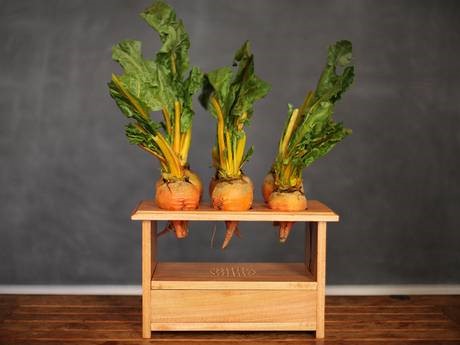 As per the picture, 1 x Pi, 6 x beetroots is needed here. A piece of hardwood and a capacitive touch sensor along with an amplifier and speaker is used.

Here the target is to turn the six root vegetables into a drum kit. Scott Garner linked a Pi to a touch sensor to determine when one of six beetroots is being tapped by a user. When a beetroot is touched, it triggers a pre-recorded drum beat which is outputted to the device’s speaker. Everything is recorded and examined in the pi monitor

It’s a fun project and get tuned to different music of your choice.