The lay out arduino calculator keypad is given below. All the six mathematics functions which our calculator can perform are mapped on the keypad.
Note: You may see buttons text printed on your 4×4 keypad different then the keypad shown below. Actually buttons text did not mean any thing. What we define or map on keypad keys at controller side will be performed by the keypad. So in our case i lay out the mapping on keypad shown below. Instead of power and reminder operator you will find “On” and “=” printed on keypad in most of the cases. 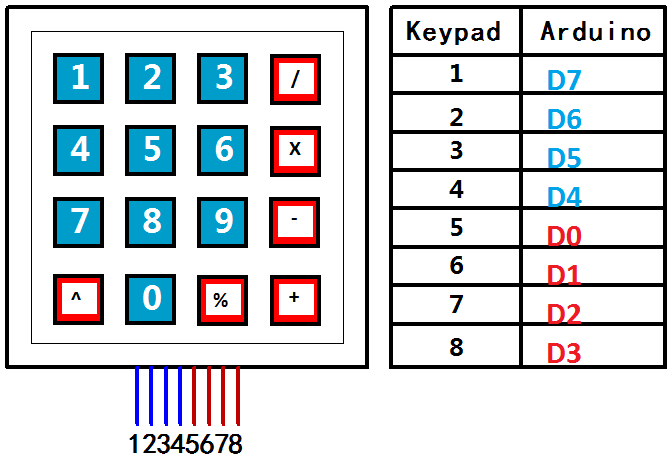 The tutorials above are very important. If you take them its become easier for you to understand the  arduino calculator code below. If you already know how to interface character lcd (16×2) and 4×4 keypad with arduino, you can skip the above tutorials. Circuit Diagram of the project is given below.                  ​ 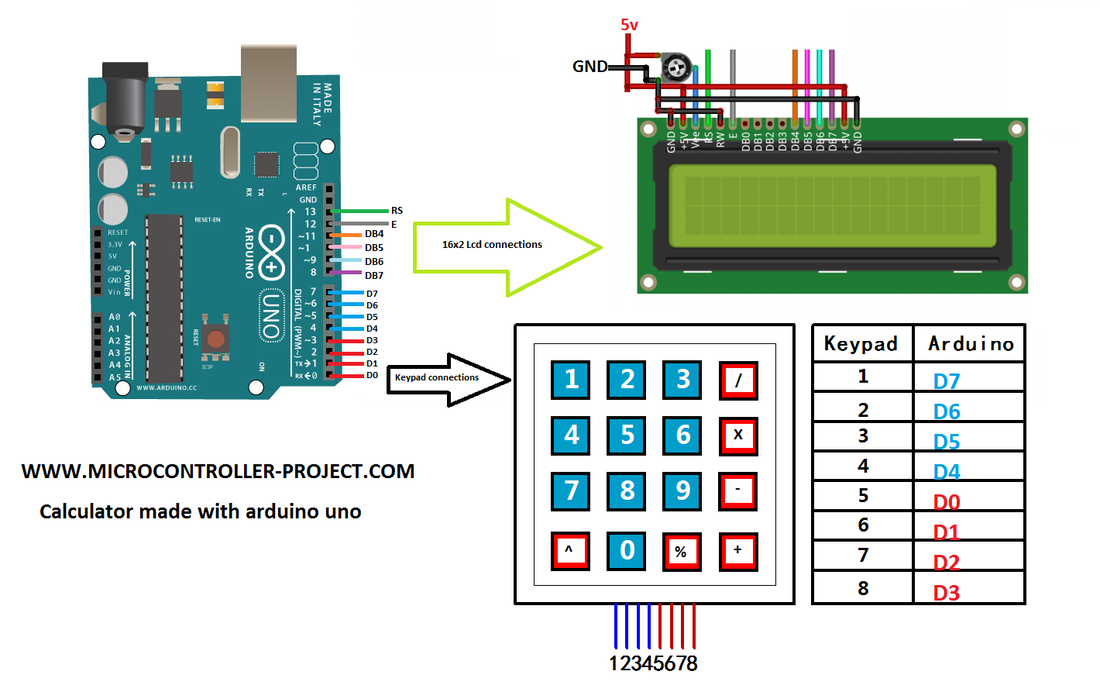 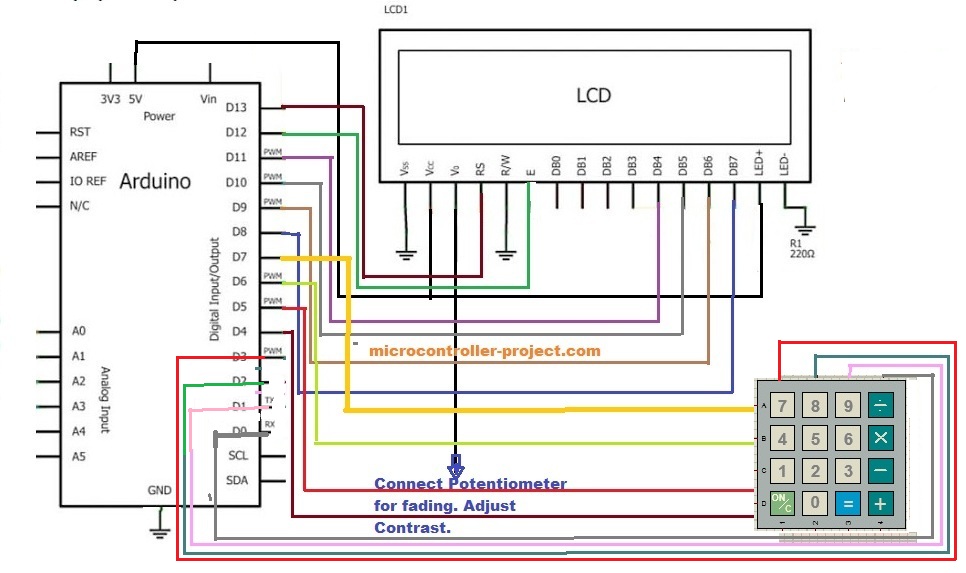 ​First off all in the code i exported Liquid Crystal library. Liquid Crystal library contains predefined functions which could be used in arduino code to easily interface and operate 16×2 lcd with arduino uno. I am interfacing 16×2 lcd in 4-bit mode with arduino uno. Comming to wards the key functions which are part of the arduino calculator code. Each function name with the functions they perform are listed below.
Next two statements define rows and coulombs of keypad. key1 is an integer variable, it stores first digit which is inputted by user using 4×4 keypad. key2 is an another integer variable, it stores second digit inputted by the user. oper is character variable it stores the operator inputted by user through keypad.

The first string that appears on the screen when you download the code in arduino uno board and run it is “CALCULATOR!!!!“. It will be displayed on the first row of 16×2 character lcd. It will remain on the screen for 4 seconds delay(4000) statement means stop execution of instructions for 4 seconds. After 4 seconds “CALCULATOR!!!” string vanishes and a new text string will prompt on lcd. New text will be “Enter 1 no = “. Now you have to enter the first digit using keypad. After you enter the first number second text will appear on 16×2 lcd asking for second digit “Enter 2 no = “. At this point you have to enter the second digit. Than a third string appears on lcd asking to input operator “Operator = “. You now must select the operator from keyboard. As soon as you enter the operator result will be displayed on lcd with out any further delay. Result of a particular inputs remain on lcd for 5 seconds. After 5 seconds lcd clears all the text displayed on it and starts from beginning. Taking digits, operator etc and producing results. ​​

Download the Project Files that contain code and .ino file of the project. If you have any questions regarding code or circuit diagram, Please write them in the comments section below. Give us your feed back on the project.
Calculator using Arduino Uno Files
Filed Under: Arduino, Microcontroller Projects