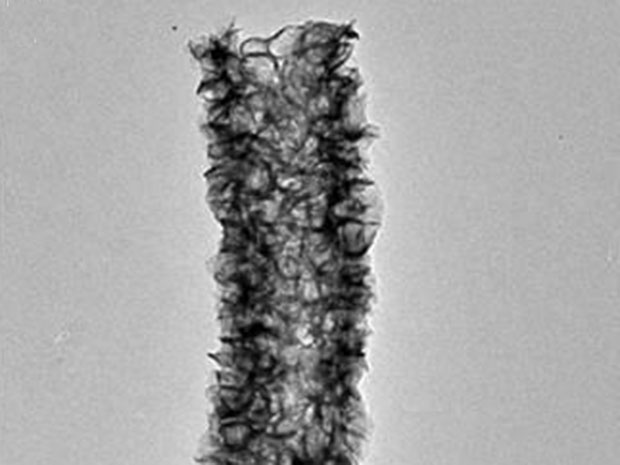 The primary hopes encompassing molybdenum disulphide capability in electrical applications were strengthened when it was disclosed that the substance comprises traps – dislocations or impurities that can assimilate a hole or electron – that limits its electrical properties. Based on this, the two-dimensional substance has been identified for numerous applications, one of the most lucrative options that have been useful for electrodes of lithium-ion batteries. As per a group of researchers, this indicates that battery possesses three times the bigger theoretical capacity of graphite.

However, the MoS2 comes with few challenges and limitations that need to overcome by the experts. Most prominent among the range of problems with MoS2 is the frequency at which they start to degrade and the less rate at which they discharge.

Now experts at the Nanyang Technological University in association with a group at Hanyang University in South Korea have introduced a solution that witnesses such troubles by utilizing tubular structures of MoS2, which have been linked together by carbon nanotubes to boost conductivity.

The study has been described in a science magazine the international group introduced a novel way of synthesizing tubular molybdenum disulphide. The scientists claim that this technique is better than other tailored strategies for enhancing the electrochemical performance of molybdenum disulphide electrodes based on this, because it does not just possess high capacity of ampere-hours for every unit of mass, but also exceptional rate capability, discharging and charging rate and a super-long life of up to 1,000 cycles.

Besides high performance features, the scientists confirm that the procedure of synthesizing the MoS2/CNT tubular nano-hybrids is easy and simply reproducible.

The technique involves incorporating the CNTs into polymer nano-fibres through an electro-spinning technique. During the process of electro-spinning, the CNTs move along the lines of the electro-spinning technique. Such results are a malleable tube-in-fibre structure with the alignment of CNT in polymer nano-fibres. A shielding layer of cobalt sulphide is expanded onto the PAN/CNTY tub and fibre composite to safeguard damages caused to the structure during the procedure of synthesis and to maintain the one-dimensional morphology of the resulting materials.

The next step in the procedure involves expanding ultrathin MoS2 nanosheets on the simultaneous and composite totally eradicating the PAN. This step describes the tubular MoS2 structure. Then, the compound is heated at a temperature of 800 Degree Celsius for 2 hours to enhance the crystalline nature of MoS2.

The biggest impressive factor of this technique is that by considerably altering few of the characteristics of the tubular structures, like the shell thickness of these tubes and the numbers of carbon nano tubes inside each tube – it is feasible to alter the electrochemical performance of the electrode. With such great advancement, it seems possible for the scientists to get a solution for numerous stringent applications, which were till date unable to procure an ideal solution about their various issues. Also, the adjustability makes it adjustable to other substances for the enhancement of superior-performance of Li-ion battery electrodes.