While most of us may resign to clog salt shakers or heavy traffic areas, those performing to exploit the unique properties of carbon based nanotubes have typically moved their shoulders when these minute cylinders plug with water during processing. But the nanotube practitioners who have touched their Popeye verge and cannot stand more, the National Institute of Technology and Standards has introduced a quick, effective and cheap strategy that consistently boosts the effectiveness and quality of the materials – vital for utilizing them efficaciously in applications like novel computing technologies.To check filling of the cores of a single-layered carbon nanotubes with detrimental liquids or water, the NIST scientists advised prefilling them with an adequate chemical of precise properties. Taking such step before dispersing and separating the materials, normally done in water, harvests an uninterrupted collection of nanotubes. In quality and quantity, the results are better than the water-filled nanotubes, specifically for optical applications like photo detectors and sensors. 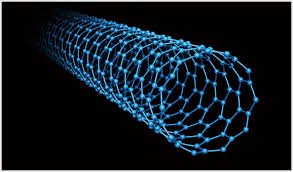 The approach leads to a straightforward path for structuring the properties of single-layer carbon nanotubes – circled sheets of carbon atoms organized like honey combs or chicken wire with enhanced or novel properties.

“This approach is highly cost-effective, easy and extensively useful that I cannot work out a reason for not using it,” says NIST’s chemical engineer Jeffrey Fagan.

In their proof-of-concept programs, the NIST group introduced more than 20 distinct compounds into an array of single-layer carbon nanotubes with an internal diameter that varied from more than two down to about 0.5 nanometers. Headed by Jochen Campo, the researchers analysed their technique by utilizing hydrocarbons known as fillers of alkanes.

These alkanes include known compounds as butane and propane, intended to cater the nanotube interiors unreactive. In simple terms, the alkane-filled nanotubes performed almost as if they were free – precisely the aim of Fagan, Campo, and his colleagues.

In comparison to the nanotubes filled with possible water and acids, ions and other inessential chemicals experienced during processing, empty nanotubes include far extreme properties. For instance, when stirred by light, free carbon nanotubes far sharper and brighter with signals. ‘Impulsive ingestion’ of water or other thinners by the nanotubes during handling out is an “endemic but most of the times neglected procedure with robust implications for the introduction of nanotube applications,” stated the NIST team in their recent report.

Perhaps because of additional effort and cost needed to filter out and capture nanotubes, scientists then to withstand mixed batches of empty and partially filled single-layered carbon nanotubes. Extricating unfilled nanotubes from such mixture need costly ultracentrifuge equipment, and even then the crop is just about 10 percent, is estimated by the Campo.

“If your aim is to utilize nanotubes for electrical circuits, for instance, or for fluorescent anti-cancer photo contrast agents, then you need much larger quantities of substances of regular quality and composition,” explained Campo, who explored these applications while conducting postdoctoral research at the University of Antwerp. Also important, the NIST introduced prefilling technique is versatile, conveniently controllable and incorporated into present methods for processing single-layer carbon nanotubes, as per the scientists.