Most of the people have noticed a change in the voice of others when they speak through the telephone. Most of the people might have experienced difficulty in hearing other sound in the environment where the person at the other end of the telephone calls from. It happens mostly for high frequency sound like instrument music, sound from video game etc. People who are interested in electronics and who have done some audio circuits with loudspeakers might have experienced an exactly opposite phenomenon in which the sound reproduced by the loudspeaker is more clear and loud for higher frequencies. Also those who have experienced quality of music played through the home theater system know how far better it is from a single speaker which can create the same loudness.The explanation for all the above mentioned phenomenon is simply due to the fact that a simple sound generating device cannot produce all the audible frequencies with the same loudness.

The audible range for human being starts from 20Hz to 20 KHz and it varies from person to person and significantly with the increasing age of each one. The voiced speech of a typical adult male will have a fundamental frequency from 85 to 180 Hz, and that of a typical adult female from 165 to 255 Hz. The telephone can reproduce the sound which falls in the range of 300 Hz to 3 KHz only. It is only due to the presence of higher harmonics of the human voice in that range makes the telephone useful. Since the maximum frequency is only 3 KHz the higher frequency sounds are little audible through the telephone.

The telephone system is only an example which has been optimized to perform at a certain range of frequency. Such a kind of optimization is required in most of systems because when it comes to the electronic devices like filters, amplifiers, loudspeakers etc. their characteristics vary with frequency of operation. This change in characteristics with the frequency explains why the home theaters with different kind of loudspeakers are able to produce high quality sound including all the high frequency and low frequency sounds which are not at all possible with a single loudspeaker.

The impedance of a loudspeaker has very high variations with the frequency of operation and it is significant in the design of audio devices like amplifiers, speaker drivers etc. Consider the case of an amplifier with a loudspeaker at its output. 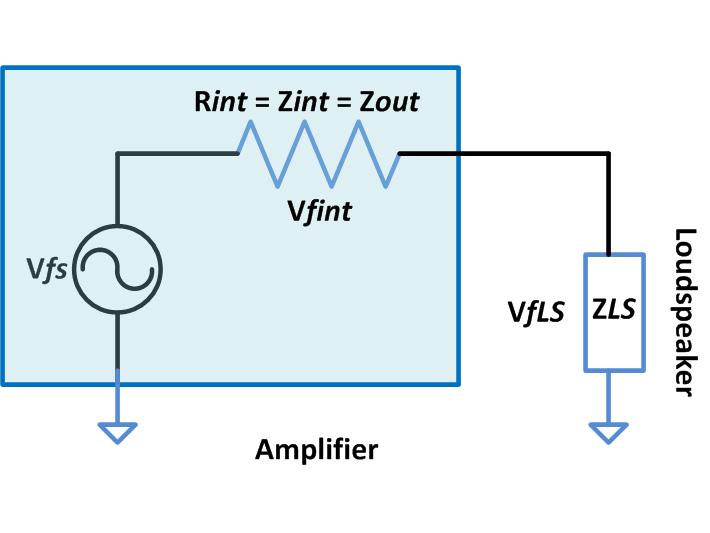 Fig. 1: Circuit Diagram Of Amplifier With Loudspeaker at Output

In the above system both the Zout and Zls comes in series with each other and the same current flows through both of them. As in the case of a two resistors connected in series with each other, the same current flowing through two impedances connected in series will generate different voltages across both the impedances. In the above figure Vfsis the voltage of the fictional source inside the amplifier which is generating the frequency and the Vfintis the voltage drop across the internal resistance and the Vflsis the drop across the loudspeaker.

From the above figure it can be understood that even though the amplifier generates a voltage Vfsthe loudspeaker receives only a voltage of Vflsand the rest will get dropped across the internal resistance as given by the following equation:

Applying this knowledge in the above equation it can be re-written as the following: 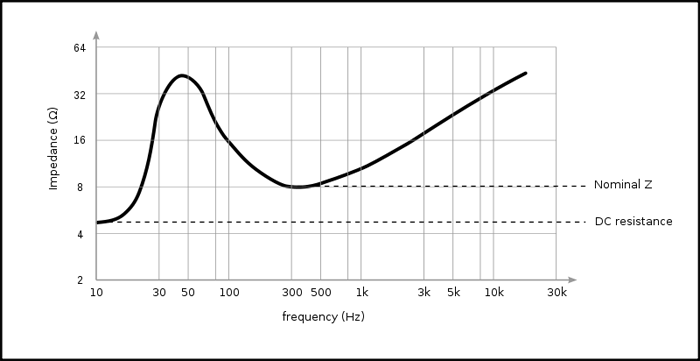 Fig. 2: Variation Of Impedance in Loudspeaker Represented Through Graph

Another important modification done in the circuit is that a buffer has been added at the output end of the oscillator. This will help to prevent the loading effect of the loudspeaker on the oscillator circuit. The modified circuit diagram with the coarse and fine adjustment and the buffer implemented is shown in the following figure: 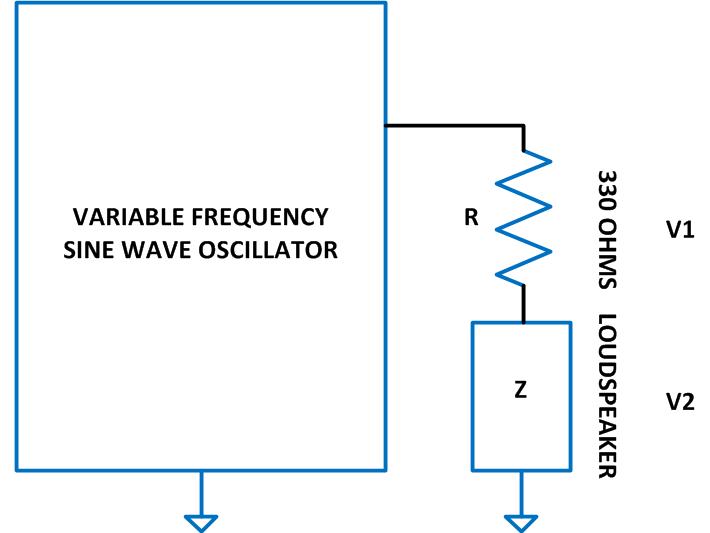 The impedance of the loudspeaker ‘Z’ can be calculated using the following relation:

The circuit diagram and the images of the circuit are shown in the following figures: 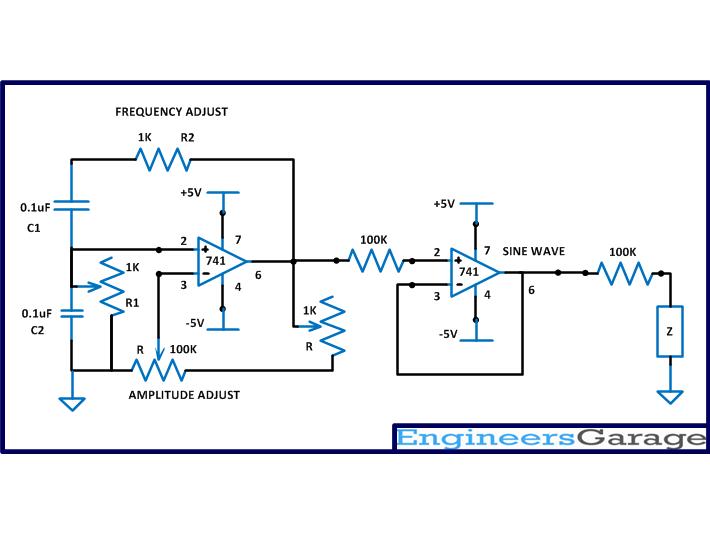 Calculating the impedance of a loudspeaker for an operating frequency of 1 KHz is discussed in the following:

The frequency applied is a pure sine wave of frequency 1KHz as shown in the following image.

Fig. 8: Sine Waveform with Opposite Polarity Generated on CRO

The amplitude is calculated using the CRO and is found to be 4.2 Vp-p.

The waveform that appears across the loudspeaker appears as shown in the following figure: 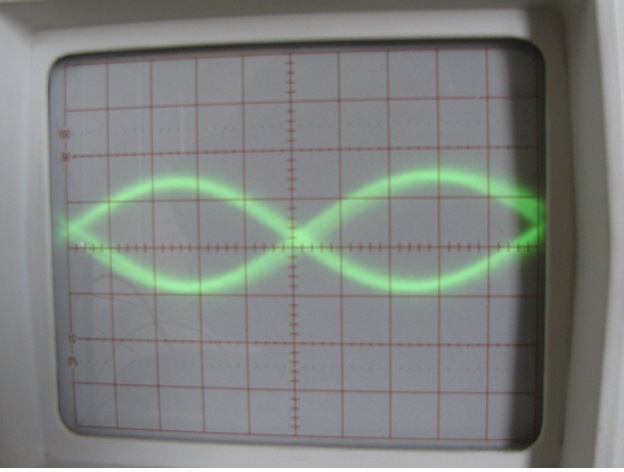 Fig. 9: Sine Waveform with exactly opposite in phases Generated on CRO

The two sine waves which are exactly opposite in phases can be seen and one of them is the original sine wave applied and the other is the reflected sine wave from the loudspeaker due to the inductive impedance. This reflected wave should be eliminated using proper impedance matching circuit: otherwise it will affect the proper functioning of circuits like amplifiers or oscillators where the loudspeaker is connected to.

Now applying these values on the equation and the impedance can be calculated for 1 KHz sine wave as given below:

For generating the higher frequency sine wave using the Wien bridge oscillator circuit one can simply replace the value of capacitors to 0.01uF.