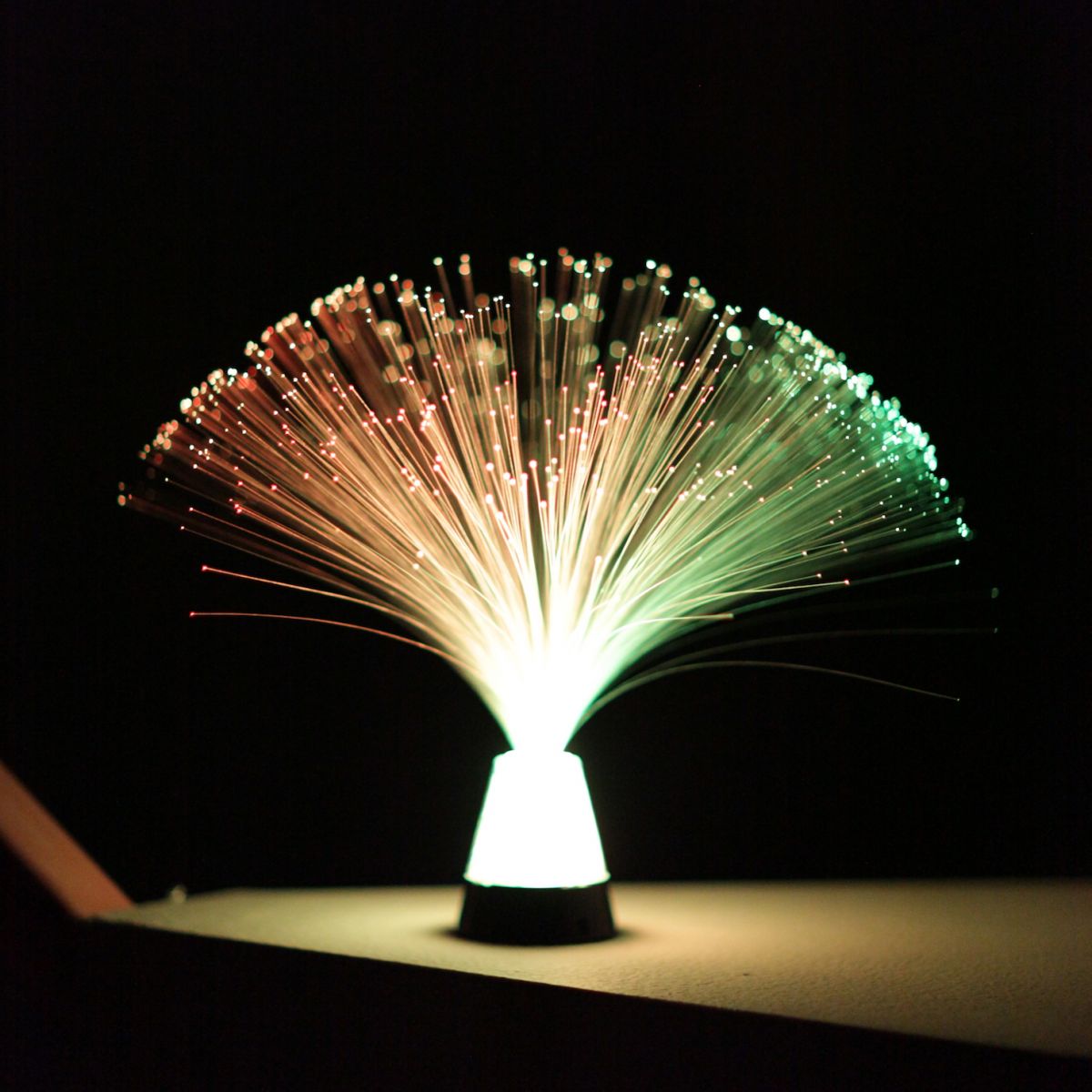 If you have been looking for all kind of hacks on internet, you wouldn’t have missed a few ones from Aditya who excels in cloning some of the best electronic device in market. He recently prepared a Philips Hue Clone and then decided to team it up with Fiber Optic Light. For this purpose, he started by purchasing a low cost light online for $3. The close inspection of this light revealed presence of three LEDs in bottom each one with R-G-B and a simple circuit board, battery hole, and button.

To modify a bit, he replaced the LEDs with some NeoPixels and some soldering in order to modify its features. The result was amazing, the light can now be controlled by giving voice commands to Siri, it can be turned on/off, modified in terms of brightness level, capable of having NeoPixel animations, can be powered by phone charger, OTA programmable and so forth.

There were a number of other components that were used in modification of this project were fiber optic lights, adafruitNeopixels, NodeMCU V1.0 board, phone charger, and a Micro USB cable. The source code was ESP8266/Arduino which was easy in terms of installation. Whenever the device received commands in terms of Saturation, Brightness, or On/Off values from the phone, it published all over MQTT topics like FountainLightHue, FountainLight, FountainLightBrightness, and others. As soon as you boot up the phone, the ESP8266 sets up connection with WiFi and subscribes those to MQTT topics. Whenever the user receive value for these topics, it sets up the NeoPixel strip with the given values. For more you can watch out the video at https://youtu.be/xbOEbz2knmQ