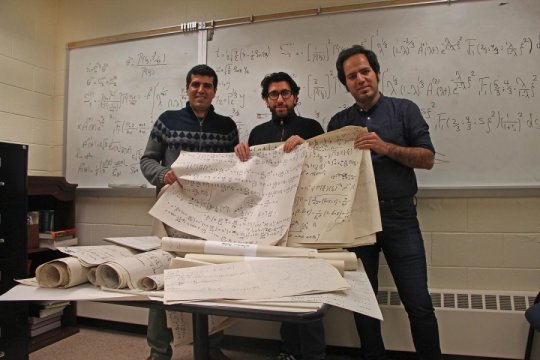 “Comprehension and manipulating the dynamics of particle deposition during evaporation of colloidal drops can be utilized in the sequencing of DNA, painting, ink jet printing as well as fabrication ordered nano/micro structures,” says Hassan Masoud, an assistant lecturer in the Department of Mechanical Engineering. “And now we comprehend it better than ever before. Our discovery builds on a bug body of work; we took an additional step though, modeling the linkage of suspended particles with the free surface of the drop. We consider our studies are going to basically alter the common perception of the mechanism responsible for the so-known ‘coffee ring’ procedure.”
When a droplet dries on the surface, the particles suspended in it basically deposit in a ring – like a pattern, leaving a residue or stain, known as the coffee – ring effect. Till now, the stain was considered to create as a result of the fluid flow inside the drop. Masoud and his group identified that there are free surfaces over the droplet, the top layer when it is in contact with the air, plays a crucial role in the deposition of the particles.
“When there is evaporation of drop, the free surface collapses and traps the suspended particles,” says Masoud. “Our belief shows that ultimately all the particles are gathered by the free surface and they settle there for the rest of their path towards the edge of the drop.”
Masoud and his group utilized a less familiar modelling system, called as the Torodial Coordinate System that enabled them to diminish the three-dimensional governing equations into a single-dimensional form. Despite an abundant volume of server space and the speed, the group opted to write out multiple equations long-hand, on dozens of highly large pieces of news print paper.
“Our innovative technique and utilizing some ugly – long equations differentiates our work from previous studies,” he says. “No one else has utilized such coordinate system for this issue, and this enables us to track the movement of particles in the drop in a natural way.” The introduction enables researchers to manipulate the movement of solute particles in the drop in a natural method.” The discovery enables researchers to manipulate the movement of solute particles by transforming the surface tension of the liquid – gas interface rather than just regulating the heavy flow inside the drop.
Filed Under: News