“Despite methane gas being not visible to the eye, we have introduced a technique of colour-coding this gas information and overlaying it onto a traditional camera image,” says Dr Graham M. Gibson from the Glasgow University, Scotland who headed the technical work. “This enables the user handling the camera to look around, identify things and witness an overlay of where the gas is present.”

Gibson, along with his entire research group, worked with M Squared to introduce the real-time infrared imaging system. In the Optical Society journal Optics Express, the scientists reveal that the system can capture videos of methane gas leaking from a tube at around 0.2 litres per minute. The technology could also be expanded to other wavelengths or ranges of wavelengths, enabling the identification of a host of chemicals and gases.

Dr Graeme Malcolm OBE, Co-founder and CEO of M Squared says, “One of the challenges from a commercial view point has been translating infrared technology to bigger markets where price points are sensitive. This novel technology could enable infrared sensing and imaging to become more readily available and aid enhancing the environment by diminishing gas losses in the gas and oil industry.”

Although, commercial devices that employ imaging to identify methane gas are available, they are highly costly and don’t function well under all environmental conditions. The novel imaging system could provide a less costly and sensitive method to identify methane gas in a range of conditions. It incorporates active hyperspectral imaging technology introduced by M Squared and a singular-pixel camera introduced by the Glasgow research group. 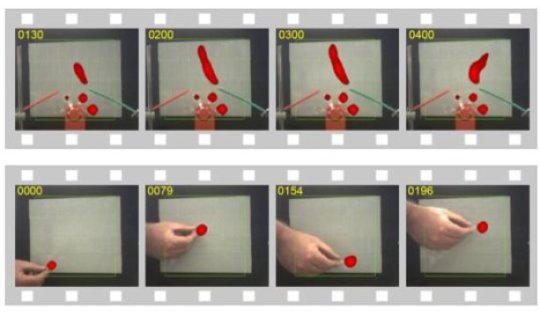 The system functions hyperspectral imaging by projecting a range of infrared light patterns onto the scene employing a laser wavelength that is absorbed by methane. Such patterns are prepared with a small device and laser with hundreds of thousands of moving mirrors, known as a digital micro mirror device. An image revealing where methane has absorbed the light is restructured by identifying the light that scatters off the scene and computationally comparing it to the primary projected patterns.

Dr. Nils Hempler, Head of the Innovation at M Squared, says “For systems employing passive illumination, darkness or rain will result in the signal reaching the imaging system to vary or be non-existent. An active illumination source is free of environmental impacts, including transformations in light or temperature, and offers enhanced contrast and bigger sensitivities.” The scientists employed a single-pixel camera to estimate the light scattered from the scene