Among various experiments, Davies-Barnard, in one of his blogs, has dealt in Arduino Capacitive Switches, where he has used his first outside library to add Capacitive Sensing to the Arduino. In this project, the technique used is same as by most of the modern touch screen like the iPad and iPhone and is demonstrated on YouTube.

The project starts with installing the CapSense library, which can be downloaded from the playground. Make sure to place them into a folder called libraries inside your Arduino Sketchbook as one need to restart the Arduino IDE. Once downloaded, open up your ongoing project is and then use the sketch. 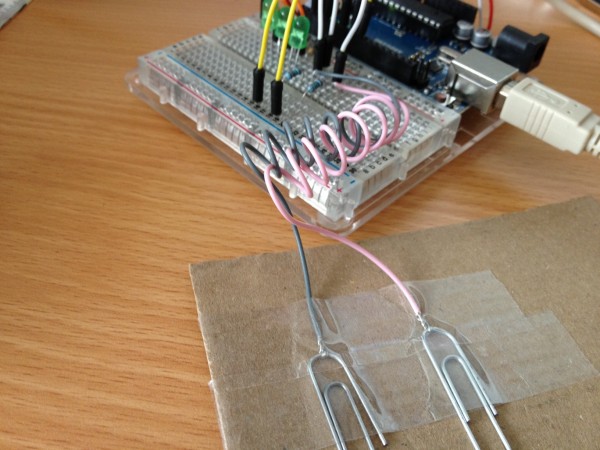 Next, the CapSense library is imported into your sketch and a new CapSense object is created where pin 7 and pin 8 represents the source and signal lead respectively. CapSense object is called inside the loop function and the current value is tested, where the value is an arbitrary unit which can be tested against.

To create Switches, different techniques can be adopted including a paper clip and a piece of wire. The circuit is common and the resistor value can be in between 50kΩ to 50mΩ with 20mΩ to the starting point. The stabilizing capacitor is added next to a single touch switch.

The sensitivity of the switch differs greatly and is dependent on what is it surrounded with. CapSense library written by Paul Badger has introduced this unique feature which has been brought to the Arduino and for additional information, refers to the documentation written by Paul Badger.