In many different applications it is required to control speed of DC motor. Some of the examples are

·         E-bikes, e-bicycles, e-scooters also runs on DC motor and to vary their speed it is required to control speed of DC motor

·         DC motors are also used in portable sewing machine, drill machine etc, in which speed control of motor is provided for different operation 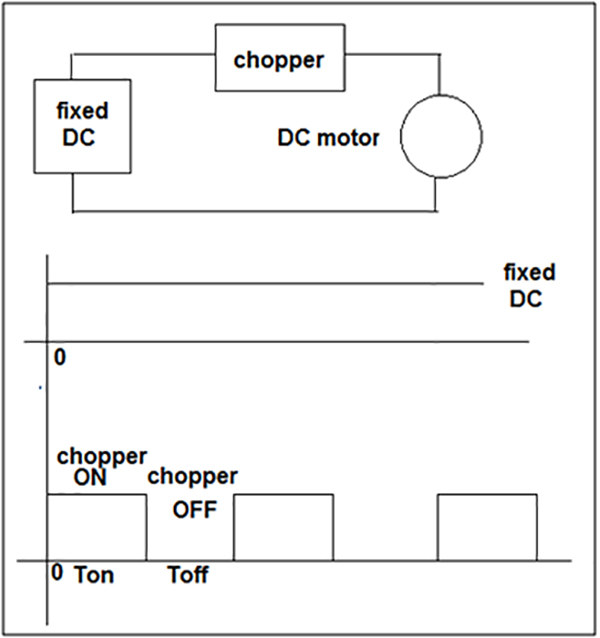 Let us understand the circuit operation with the help of waveforms at different points A, B, C, D, E and F 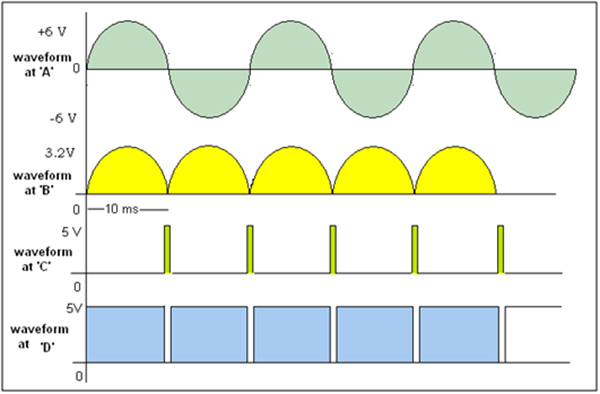 Fig. 2: Timing Diagram of Signals at various stages of the chopper circuit

·         This AC input is given to bridge rectifier. Bridge rectifier will produce rectified DC output as shown in second waveform if above figure at point B

·         This rectified output is given to base of transistor Q1. Because transistor Q1 is connected in switch configuration, when the input at the base becomes lower than 0.7 V it comes into cutoff and produces very short duration positive pulse at point ‘C’. That is shown as 3rd waveform in figure

·         As this positive pulses are given to Q2 which is again connected in switch configuration, it will produce negative pulse at point ‘D’ of same width of positive pulse. This is shown as 4th waveform

·         These negative pulses are applied to trigger input of NE555 chip connected in monostable mode. So it will generate high output every time when it gets this negative pulse. Its time period can be varied from 0 milisecond  to max 10 milisecond using 10 K pot

·         As shown a second waveform in above figure, the NE555 will generate high output when gets negative pulse at its trigger input. For first case the width of pulse is 3 ms

·         Because this pulse is given to base input of TIP122, it is turned ON till pulse is high. When TIP122 is ON the motor gets chopped rectified output as shown in 3rd waveform in figure. Out of total 10 ms time, the motor gets DC waveform for 3 ms only 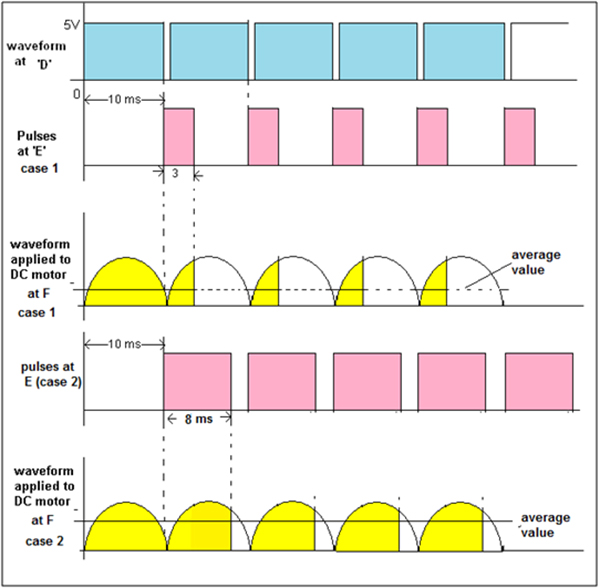 Fig. 3: Timing Diagram of Output Waveforms from the Chopper Circuit

·         As shown in 4th and 5th waveforms, now the time period (pulse width) of NE555 is increased to 8 ms. So the rectified output applied to DC motor is also more – means average voltage applied to motor is more and its speed is more