The term “Biometrics” is derived from “bio'” which means life, and “metrics”, which means measurement. Biometrics is developing for use in various technologies, including the unique identification and recognition of people. The technology at its current juncture is widely used in security and surveillance systems. 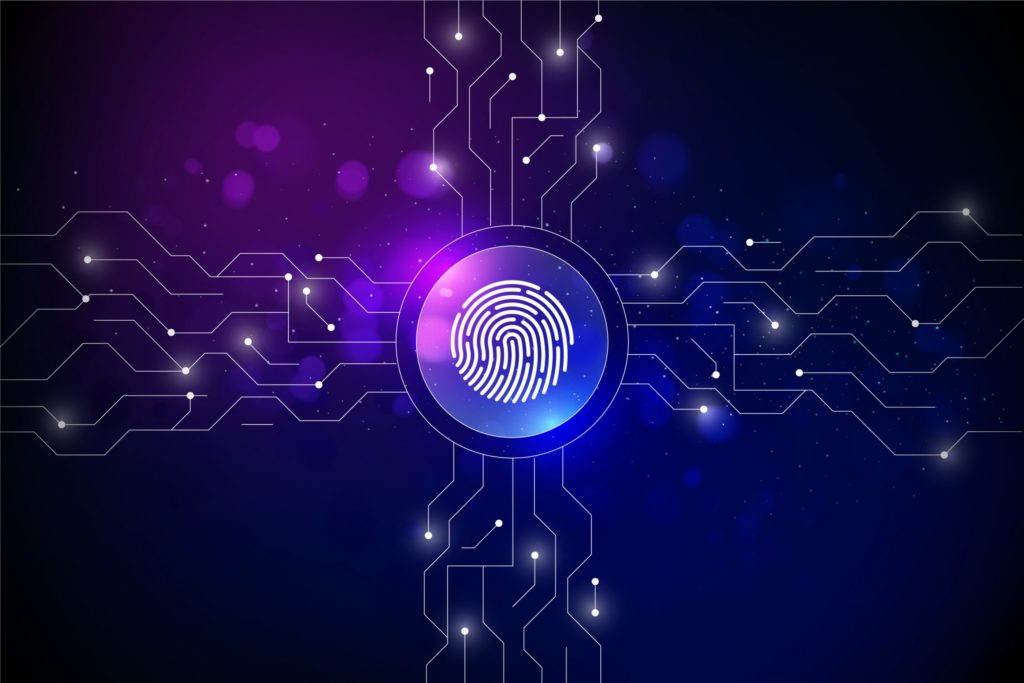 Biometrics also has the possibility of converging with other technologies and scientific studies. For example, behavioral biometrics can help improve newly evolving computer-human interfaces like voice control, gesture, and brainwave control for computer devices. Similarly, morphological and biological biometrics can be beneficial in the study of human evolution. Biological biometrics like DNA recognition combined with different medical and biomedical datasets can aid in the study of genetic diseases and even identify specific racial characteristics.

Behavioral biometrics aid in studying physical (bodily-kinesthetic) intelligence to improve and advance sports and military training. Biometric datasets can be especially in right-brain-education-system training in all eight types of human intelligence. Those comprise the following: verbal-linguistic, logical-mathematical, spatial, musical, bodily-kinesthetic, interpersonal, intrapersonal, and naturalistic. The biometric datasets can be helpful in the early identification of natural talents and improvements in training in specific human intelligence areas.

The biometric data is already used by law enforcement, defense, and intelligence agencies. India has successfully shown how biometric data combined with demographic data can issue government-controlled IDs and AADHAR cards. AADHAR is the world’s most extensive biometric identification system in India, which is formally and informally integrated with banking, financial, income tax, medical, and law enforcement systems. There is even the possibility that the government of India may integrate AADHAR data with land bank data to curb corruption in the form of Benami properties. The government of India has biometric data (retina, fingerprints of all ten fingers, and facial data) of more than 1.28 billion Indians, which is formally used for the implementation of government-control social welfare schemes. It may be used for crime control, law enforcement, anti-terrorism, demographic monitoring, identification of illegal immigration from neighboring countries, and even tracking illegal financial transactions and money laundering. This can be done by digitizing various public and private services and combining AADHAR (a biometric identity) with various public and private datasets.

While security and surveillance applications are confined to biometric identification and recognition, biometric data can have many applications when combined with big data (different public and private datasets), artificial intelligence, machine learning, the internet of things, and computer-human interfaces.

What is a biometric sensor?
Biometric sensors are transducers that convert biometric traits into electrical signals. These traits include fingerprints, iris, vein pattern, voice, face, DNA, etc., which are sensed and digitized according to a software-defined template. The same template is later used for comparison and unique identification/recognition of people. The working of a sensor may be intrinsically based on the measurement of one or more physical quantities like light intensity, capacitance, temperature, image, etc. In a security/surveillance system, a biometric sensor is used as identity technology. Along with other traditional access systems like PIN codes or passwords, it ensures exactness, making the system foolproof. The new security systems do not hesitate to rely solely on biometric authentication, eliminating the need to remember passwords or carry security tokens.

Types of biometric sensors
Biometrics is broadly divided into three categories as follows. 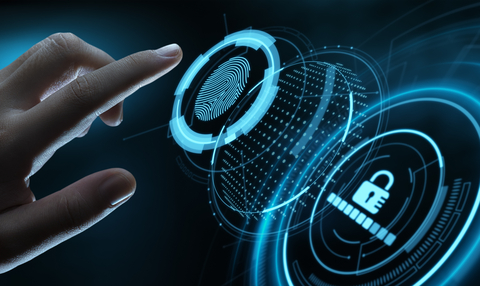 Biometrics for security and surveillance systems
Security systems use biometrics for authentication, while surveillance systems use biometrics for identification. The security systems usually have reference biometric data stored locally, i.e., in the edge device, or the device might not be connected to any internet network. The data may have stored templates for the identification of several persons. When a person requests access, a new sample of biometric data is collected by the scanner and compared with stored templates to determine if the person is authorized or not. The optical fingerprint scanners are the most widely used biometric security systems. These are low-cost and have applications ranging from standalone embedded devices to smartphones and computers. Multispectral fingerprint scanners are better than optical scanners but are costlier. More sophisticated biometric security systems may involve additional measurements like iris scanning, face recognition, finger geometry, hand geometry, or vein pattern recognition. Iris scanning along with hand geometry are the most preferred high-security systems.

How do biometric security sensors work?
A biometric security system is designed for authentication. It involves three key stages – enrollment, storage, and comparison. In enrollment, the biometric data of valid users is entered into the device along with an identification key or number. For example, a fingerprint sensor may collect the fingerprint template of a valid user and assign it a unique identification number. This biometric data is stored in memory according to a software-defined template locally or on a centralized database. With the biometric identity of valid users stored in the device, whenever a user attempts to access the system, a new biometric sample is collected by the biometric scanner and compared with the stored templates. The matching with stored templates determines whether user identity is rejected or validated.

Biological identifiers:
DNA recognition: This involves the collection of DNA samples in the form of blood or bodily fluids. The DNA is sequenced and stored in a similar format. A person’s DNA matches 99.7% with her biological parents, and the rest 0.3% is a variable repetitive code. The redundant code is unique to a person and is used for genetic fingerprinting.

Morphological identifiers:
Face recognition: This involves capturing a digital image of the face through pictures, video, or real-time streams. The digital image is compared against a face recognition pattern which is a mapping of various facial features.

Fingerprint mapping: Fingerprints are unique identifiers. Fingerprints are scanned using optical, ultrasonic, or capacitive scanners and stored in a predefined template. The new scans are compared with already stored fingerprint identifications to match an identity.

Finger geometry recognition: In this system, the finger’s length, breadth, area, and thickness are used as unique identifiers.

Hand geometry: This uses physical characteristics of the entire palm, including features of fingers, to identify a person.

Retina recognition: The blood vessels pattern of the retina are unique to a person. The Iris is scanned using visible or infrared light, and the retinal patterns are stored according to software-defined markers. The new scans are then compared with the stored retinal pattern for biometric authentication or identification.

Ear recognition: This uses the structure of the ear as an identifier. The shape and structure of ears remain intact for years and are again a unique body feature.

Vein recognition: The veins of the palm, fingers, or eyes are scanned using optical scanners, and the pattern of veins is stored as a unique identifier.

Posterior recognition: This is developing technology which measures a person’s contour and pressure point on a chair for unique identification. It is under development as anti-theft technology for cars.

Behavioral identifiers:
Signature recognition: This involves identification of handwriting in the signatures. This technology is widely used for authentication in banking and financial transactions.

Voice recognition: This uses the voice pattern of a person as a unique identifier.

Gait recognition: This involves the extraction of gait characteristics for identification. 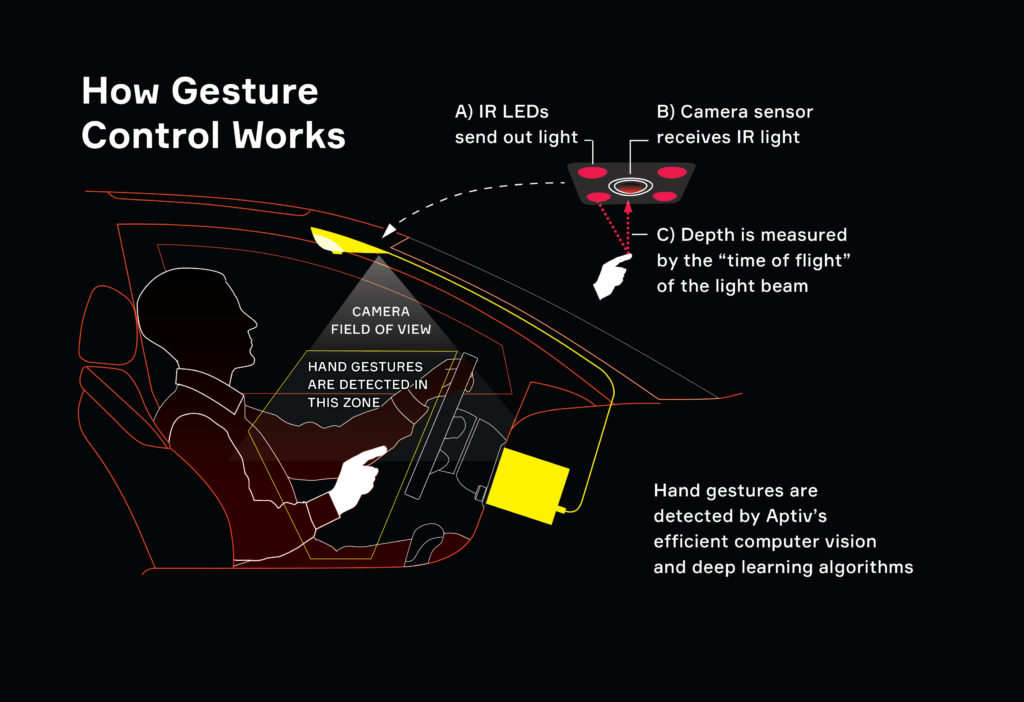 Keystroke recognition: This involves measuring a person’s key-down and key-up patterns on a keyboard and using it for identification.

Social media engagement recognition: This cyber security system tries to identify an online registered user based on her past interaction and engagement with a website.

Advantages and disadvantages of biometrics
Biometric identification systems have several advantages. These are unique to a person and do not change over a lifetime. These are non-transferable and almost impossible to fake or impersonate. It is also not easy to steal biometric data. Therefore biometric security systems are most reliable and efficient. There are some cons as well. Biometric security systems often require costlier infrastructure. The biometric data stored locally or on a centralized server can still be hacked even if it is not easily impersonated or faked. Biometric systems do not work if they are not provided with sufficient data. Even if biometric identities are properly stored, there are still rare but some chances of false positives and false negatives.

Challenges in biometrics
Biometric scanners are integrated into embedded devices as well as in smartphones and many consumer devices. Many biometric identification systems such as face recognition, voice recognition, and gesture recognition can be easily implemented online without any specific infrastructure. The increasing presence of biometric scanners, surveillance cameras, and their connectivity to online networks has raised concerns about data security, privacy infringement, identity protection, and device safety.

Conclusion
Biometric sensors are gaining ground, particularly in security and surveillance systems. They are at least more reliable and efficient than traditional password or PIN-based security systems. Apart from security applications, biometric data has its scope when combined with demographic, geographical, medical, scientific, financial, and economic datasets.