Uzairch, a techno blogger has designed an electric skateboard, equipped with different attractive features like built-in charging system, a proper on/off switch, and a Bluetooth smartphone controller.This DIY project is fun and easy and is based on the Instructables, he has provided on his website, the electric longboard.

The reason for choosing skateboard over longboard is related to certain drawbacks, that the electric longboard holds. For instance, it lacked certain key features and was also comparatively large, which could not be used as an every-day commuting device, while this DIY skateboard has all of those features, and it’s comfortably shorter, which makes it an even better option for commuting. 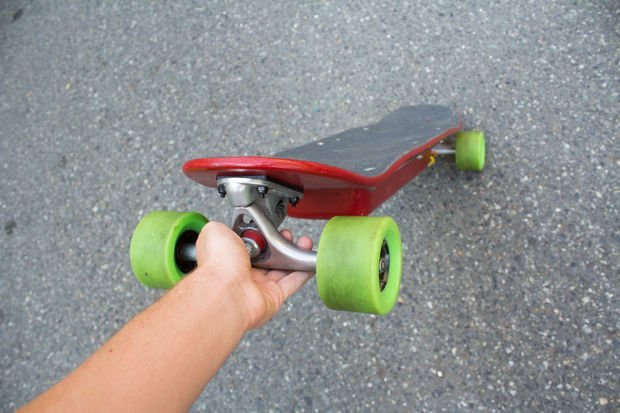 When the skateboard is at the highest speed that is a speed of 30km/h, the skateboard can range up to 10km in one go but even greater range can be achieved, if slow driving is opted. This is so because the electric motor works more efficiently at lower speeds. Further, the acceleration is upright, and the motor has enough torque to handle moderate hills.

Talking about the designing section, the drive system has undergone certain modifications, where plastic gear has been replaced with an aluminum one, a washer has been removed, and the design from 90mm flywheels is changed to smaller, more readily available,83mm flywheels. Some other characteristics of skateboard include regenerative braking, programmable with different acceleration rates, and it can also go backward.

The project also covers other aspects of building like how to build prototype Bluetooth controller that controls the throttle and also how to display battery voltage via smartphone. The website also offers readymade professional controller,if you don’t want to build one. For complete details along with videos and photographs check out the following link.