The Pulse Position Modulation (PPM) is a modulation technique designed to achieve the goals like simple transmitter and receiver circuitry, noise performance, constant bandwidth and the power efficiency and constant transmitter power. In Pulse Position Modulation the amplitude of the pulse is kept constant as in the case of the FM and PWM to avoid noise interference. Unlike the PWM the pulse width is kept constant to achieve constant transmitter power. The modulation is done by varying the position of the pulse from the mean position according to the variations in the amplitude of the modulating signal.

The Pulse Position Modulation (PPM) can be actually easily generated from a PWM waveform which has been modulated according to the input signal waveform. The PPM can be demodulated both synchronously and asynchronously. The synchronous demodulation is complex as it requires synchronization of the receiver with the transmitter. When using the asynchronous demodulation technique the quality will be comparatively less, but with an advantage of very simple circuit for demodulation. This article discusses how to demodulate the PPM waves using the simplest possible method.

The PPM required for this project is generated from a PWM wave which is modulated with the message signal. The message signal used here is a pure sine waveform generated using the Wien Bridge Oscillator (WBO). A ramp signal is generated with the help of a RC charging circuit and a comparator IC. Another comparator IC which is fed with ramp signal as one of its input and the message signal as other can produce a PWM wave at its output. This PWM wave is then used to generate the PPM wave using a mono-stable multi-vibrator. The block diagram of the PWM generation circuit is given below: 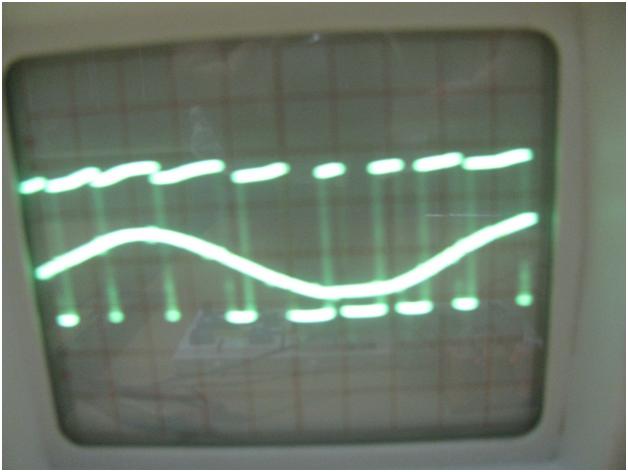 The PPM circuit diagram is shown in the following image: 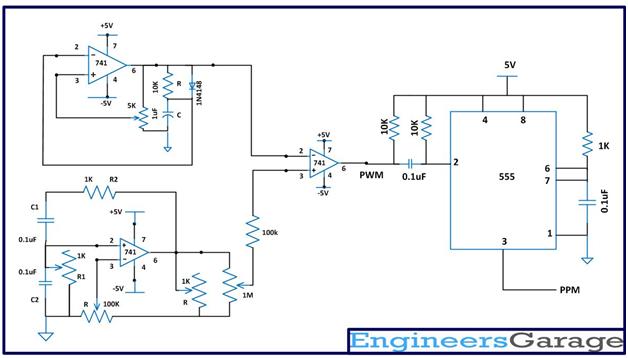 The first order low pass filter used for the demodulation is given in the following figure. 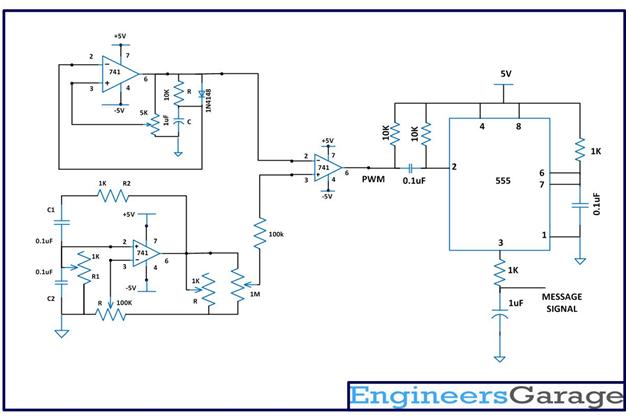 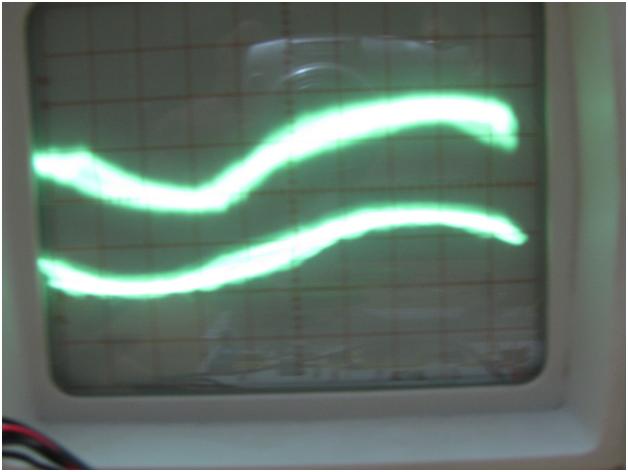 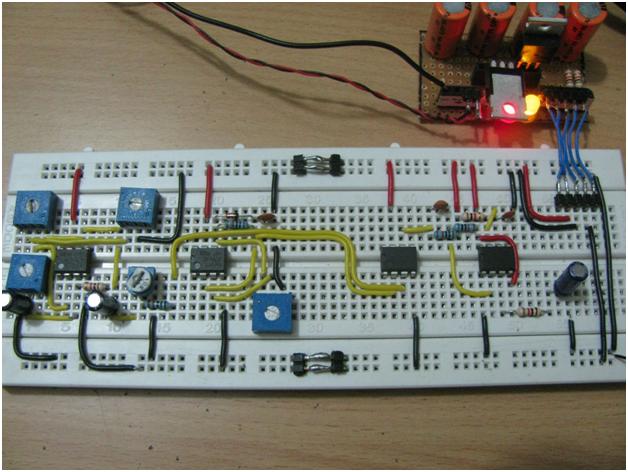