Fig. 1: Block Diagram of Pulse Position Modulation (PPM)
1)      Variable frequency sine wave generator
A sine wave generator circuit is used in this project which is based on the Wien Bridge Oscillator (WBO) circuit. The Wien Bridge oscillator circuit can produce distortion less sinusoidal sweep at its output. The circuit is designed in such a way that both the amplitude and frequency of the oscillator can be adjusted using potentiometers.
The circuit diagram of the variable frequency sine wave oscillator is shown in the following: 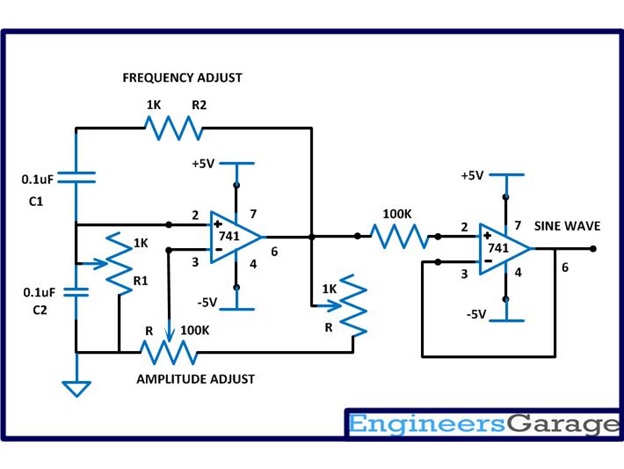 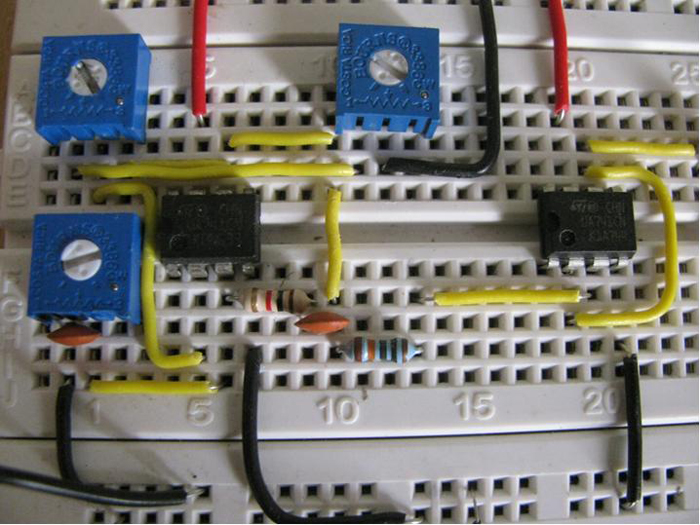 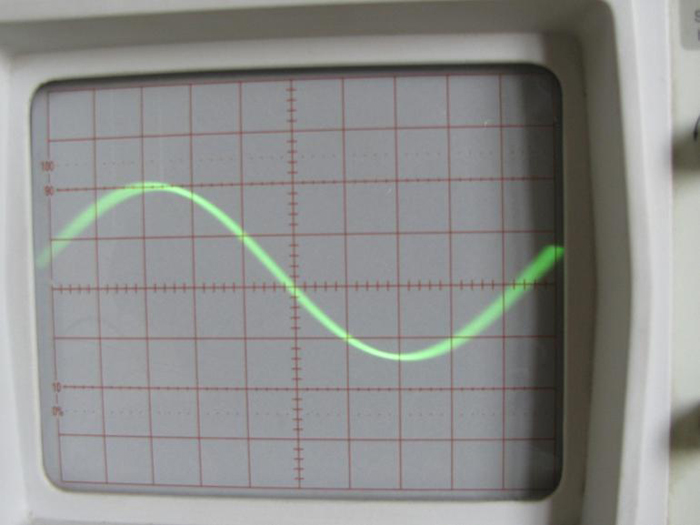 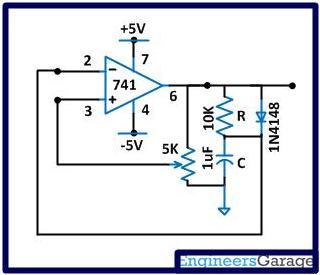 Fig. 5: Circuit Diagram of Ramp Generator
The image of the circuit wired in the bread board is shown in the following figure: 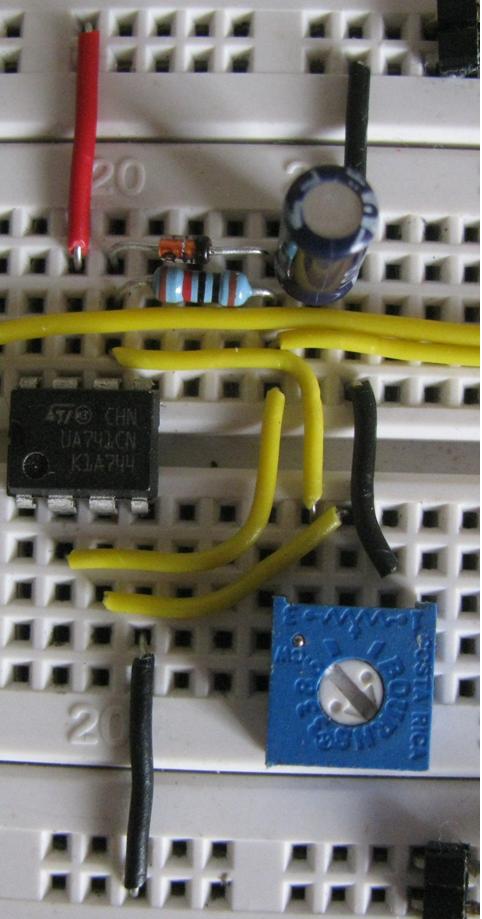 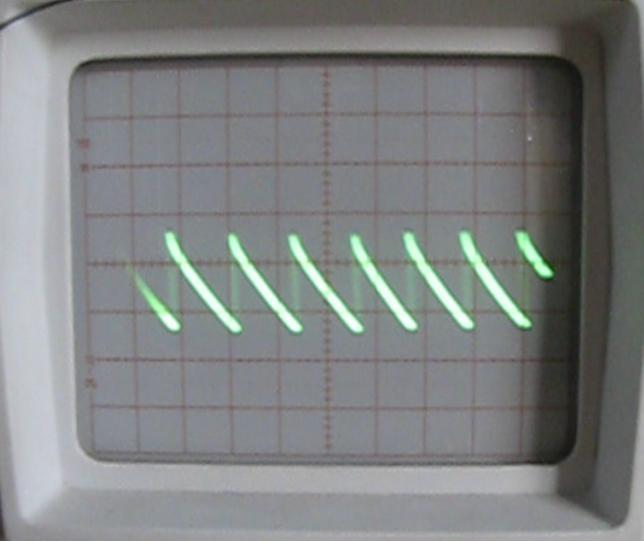 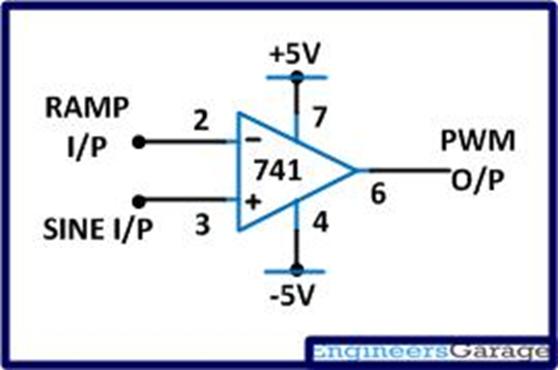 Fig. 8: Circuit Diagram of Comparator
The image of the circuit wired on the breadboard is shown below:

Fig. 9: Comparator Circuit on Breadboard
The following is the image captured from the CRO screen displaying the PWM waveform: 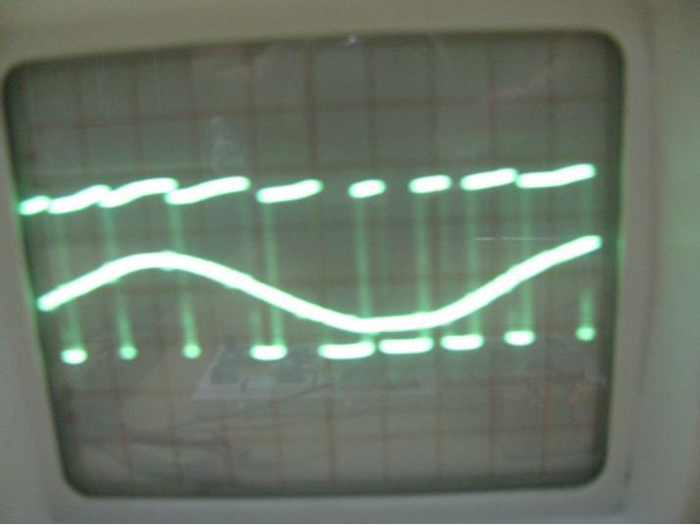 Fig. 10: PWM Waveform Generated on CRO
The circuit diagram is given below: 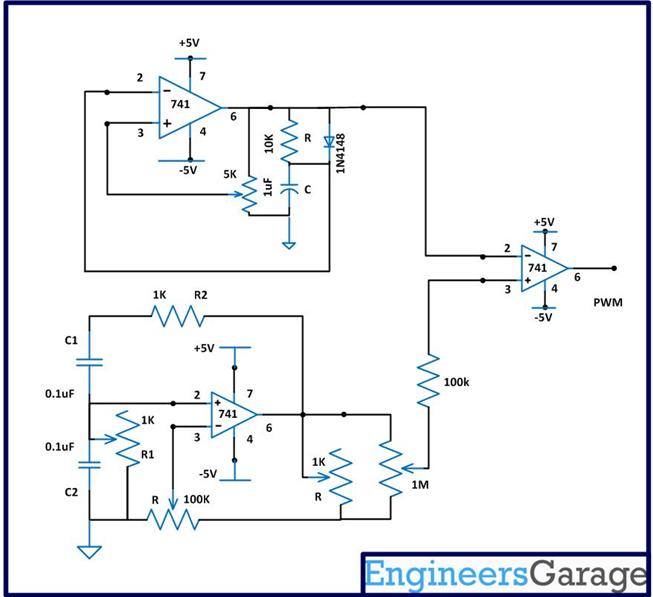 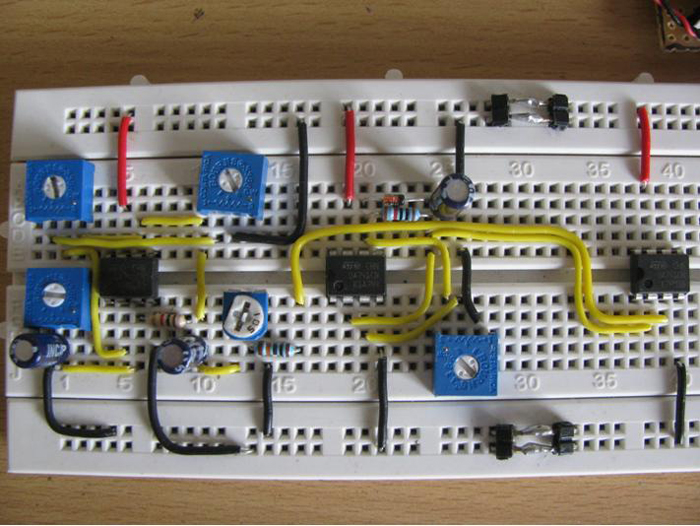 Fig. 12: Pulse Position Modulation (PWM )Circuit on BreadBoard
4)      Mono-stable multi-vibrator
The mono-stable multi-vibrator here is designed using a 555 timer IC.  The advantage of using a 555 timer IC is that it reduces the circuit complexity and requires only a few components and single power supply. The mono-stable time period depends on an RC charger here also which charges from 0V to 5V. The threshold pin (pin number 6) and the discharge pin (pin number 7) of the 555 are shorted together. The shorted point is then connected across the charging capacitor, so that whenever the voltage across the capacitor just reaches the threshold voltage, the discharging of the capacitor occurs. The discharge pin remains low till the time the 555 is triggered again preventing the capacitor from charging again.
The circuit diagram of the 555 wired as a mono-stable is given below: 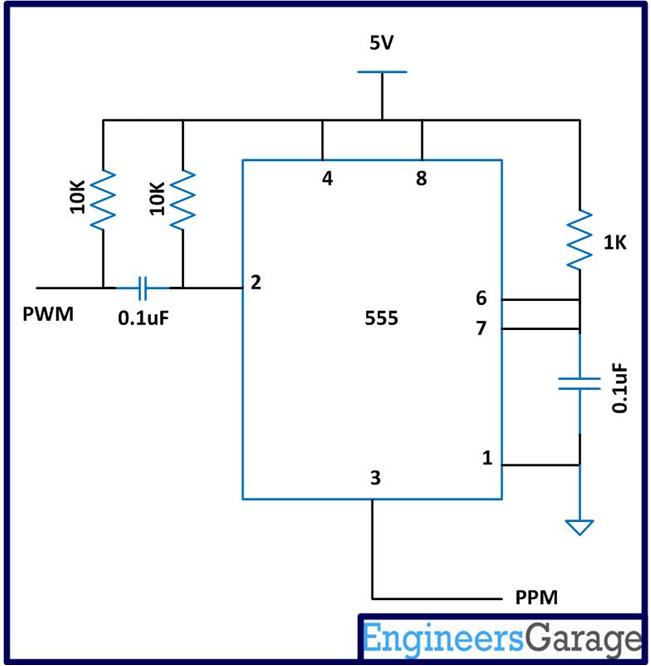 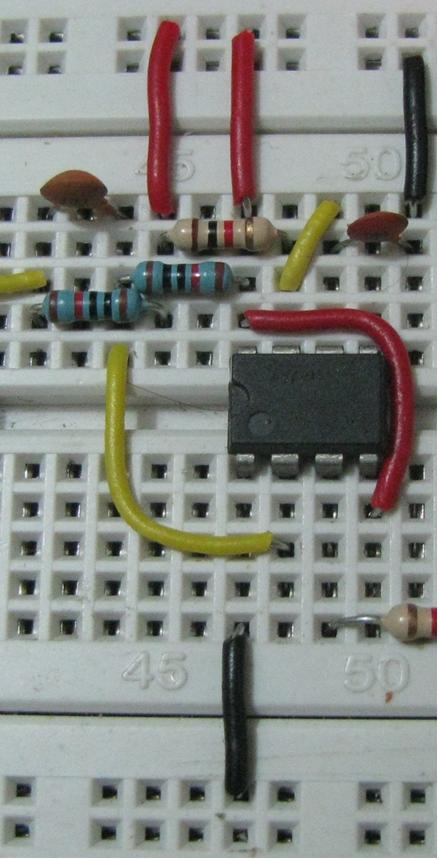 The complete circuit diagram and the image of the PPM modulator circuit wired in a breadboard is shown in the following image: 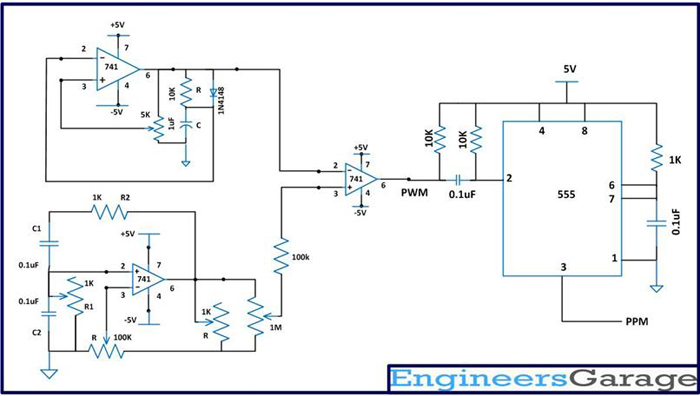