This tutorial will teach you how to make the simplest motion detecting staircase light without any additional microcontroller and programming using PIR based Sensor.

Passive Infrared sensors basically measure the infrared light radiated by an object present in its field. All living creatures (and objects) with a temperature above absolute zero (which is 0 Kelvin or -273oC) emit heat energy in form of radiation. The PIR sensors are tuned in such a way that they detect only the radiation emitted by human beings.

To know more about how it works, go to this link: How PIR Sensor works

Here the sensor would help in detecting the human presence moving on the stairs.

PIR sensor detects the motion of human body and not the human body itself so the triggering happens only when the body is moving and not at rest.

Some PIR sensors come with two potentiometers used to adjust the sensitivity and duration of the high pulse once a motion is detected. Make sure  that both of them are set to high since we would require the PIR to be quick and also keep the light in ON state for a longer duration (Imagine the light going OFF midway before the person ascends/descends the stairs completely. You wouldn’t want that to happen, would you?)

The switches at our home need to be operated manually by hand or “mechanically triggered” in order to work. If we need to control the switch using a microcontroller or electronic circuit, we would require extra mechanical arrangements like a servo with an arm, to press the switch. Instead of building such complicated arrangements we can go with a relay. These can directly be controlled by electrical means.

The above shown diagram is of a SPDT (Single Pole Double Throw) Relay. It consists of 5 terminals. Two of them are from the coil where the input to drive the relay is supposed to be given. The other three are NO (Normally Open), NC (Normally Closed) and COM (Common).
When no input is given to the coil, there is no magnetic field produced. So the “NC” and “COM” terminals are connected and the “NO” terminal is left free.

There is a problem in connecting a relay directly to an electronic circuit. When the input power is suddenly removed to switch OFF the relay, a voltage spike occurs due to the presence of the inductive load (The coil inside the relay is an inductor right?). This voltage spike can permanently damage the electronic circuit to which the relay is connected to. And thus we require a diode.
A diode connected in reverse bias with respect to the input supply, will prevent the voltage spike (produced by the relay when the supply is suddenly switched OFF) from reaching the other part of the control circuit.
Note: You can buy relay modules which come with the above required circuit as an in-built arrangement. This is what it looks like:
I couldn’t get a single relay module so I’m using a 2 Relay module which looks like this:
It consists of following features:
– LED indicator
– Free-wheeling diode
– Amplifying circuit
So all we need to do is connect the output of the PIR sensor to the module’s input.

1. No degradation of the switched signal.
2. Offers isolation between the AC supply and the Circuit.
3. Lower impedance and easier to interface.
4. Robust.

First, let’s start with wiring the light. Choose a CFL or incandescent bulb of appropriate wattage. Gather all the parts shown in the image. 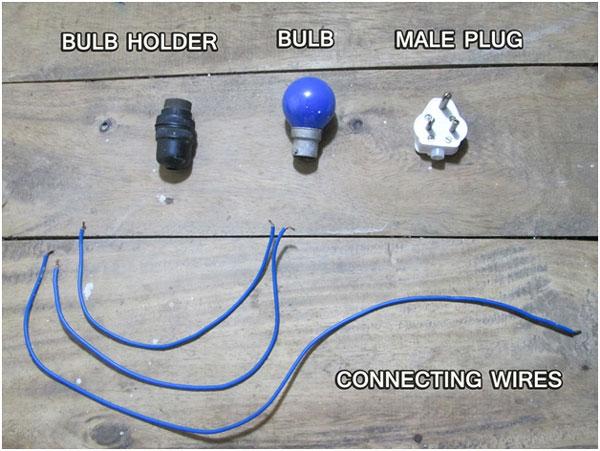 Note: 2 pin male plugs will also do the job.

Connect one long wire and one short wire to the two terminals of the male plug. 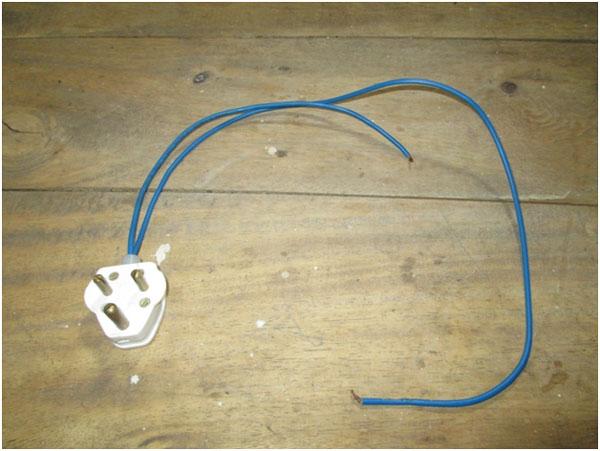 Fig. 4: Image of a Bulb Holder 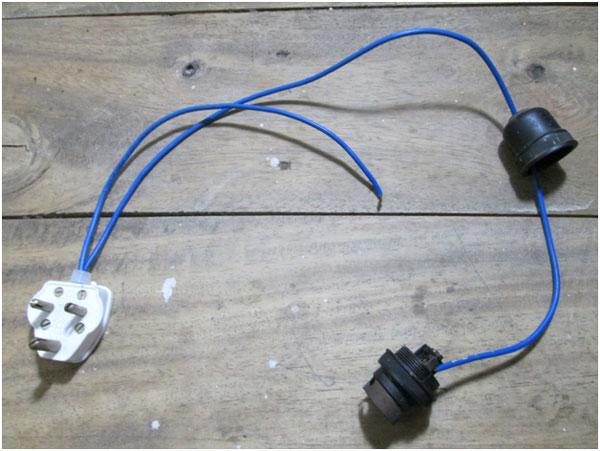 Connect another short wire to the other terminal of the bulb holder and close the bulb cap. 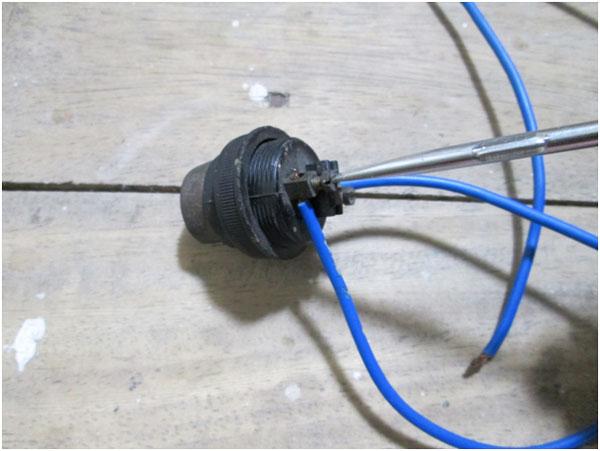 Plug in the bulb and this is what you would have now. 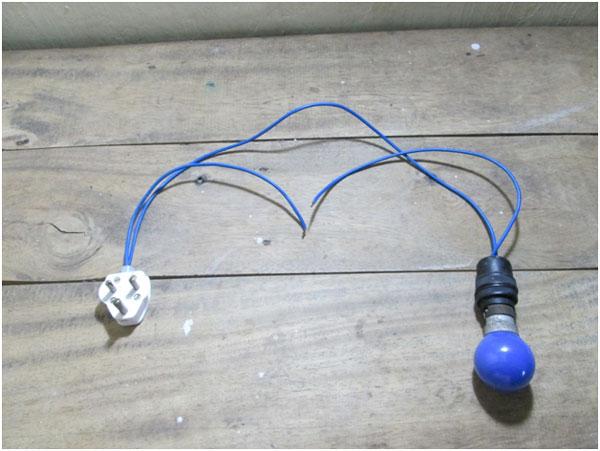 Note: The actual length of the wires depends on the distance between a) Plug point, b) Where you want the light to be put and c) Where the sensor is being placed at your home. Choose appropriately.

Now you are done with the AC part of the circuit. Arrange the remaining part as per the circuit diagram.
Next, connect the wires coming from the bulb holder and the plug to COMMON and NORMALLY OPEN terminals of the relay. 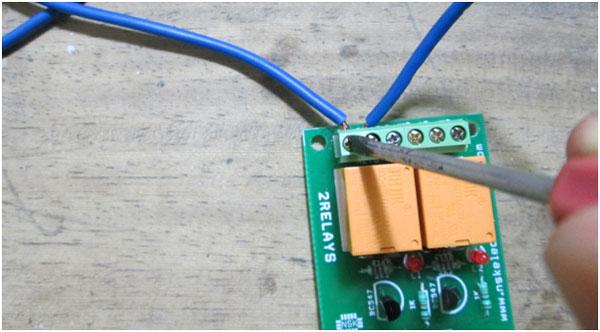 Once you are done with testing on breadboard, start soldering on PCB.

Take some male headers and solder them onto a small PCB, followed by the wires coming from PIR sensor and the power supply wires. 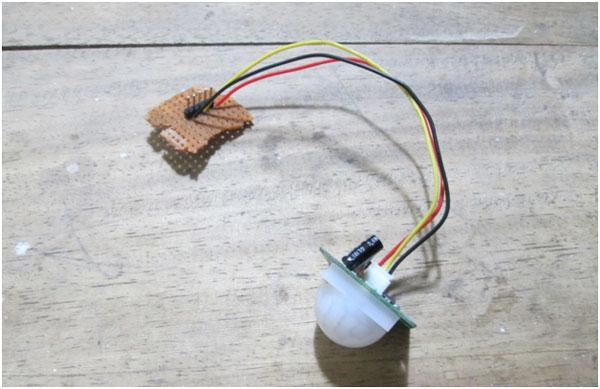 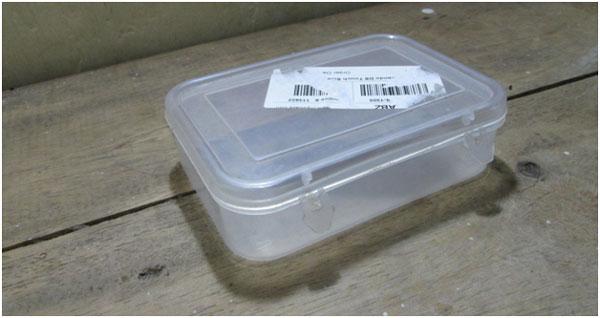 Mark the area to be cut for letting out the sensor’s lens out of the box.

Fig. 13: Image showing marking by a pen on the box to make a cut-out for assembling PIR sensor

Try fitting it normally and if it doesn’t stay fit, use hot glue to stick the sensor. 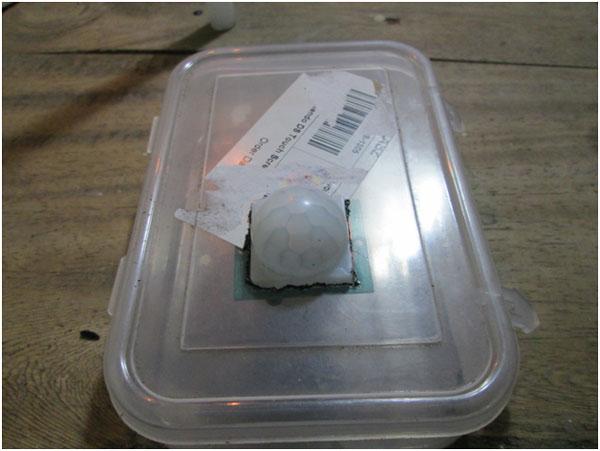 Place the relay module/ your own made relay circuit into the box and mark the place where it should be placed. 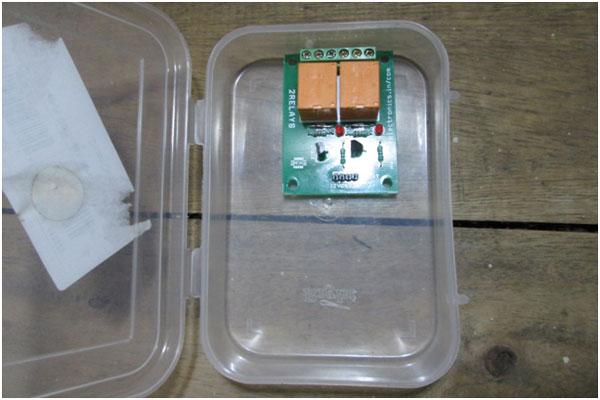 Fig. 15: Image showing placement of Relay module inside the box

Use nuts and bolts to fix the relay into the box. Then mark and cut the place where the screw terminals are visible. This is to let in the AC wires for connecting to the relay terminals. 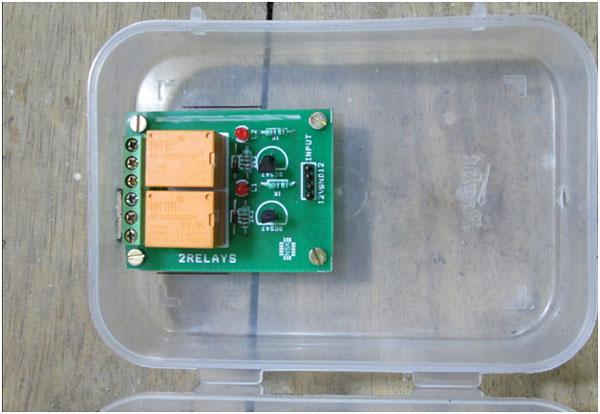 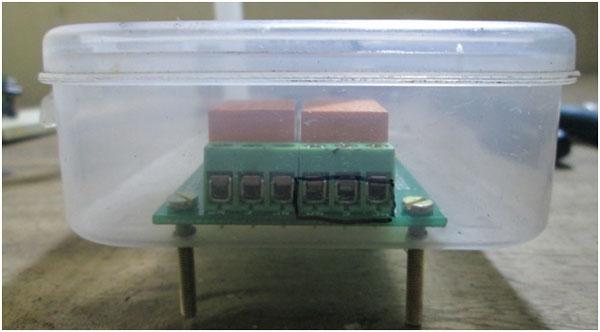 Fig. 17: Image showing marking by a pen on the box to make a cut-out for connections with Relay Module 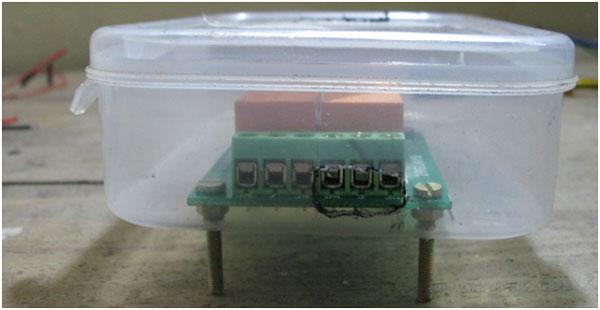 Fig. 18: Image showing cut-out made on the box for wire connections with the Relay Module

Also make a hole at the bottom (opposite to the relay board) to let out the DC power supply wire.

Place everything inside the box neatly, connect all the wires and pull out the power supply wires through the hole. 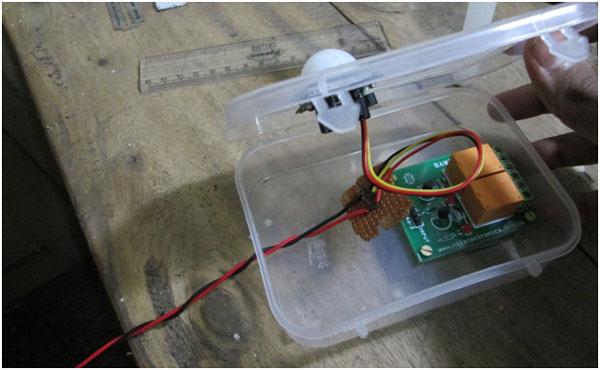 Solder the female DC jack to the power supply wires. Be very careful with the polarity.

Now connect the AC wires to the relay terminals through the holes. Plug in the 12V adapter to the DC jack. 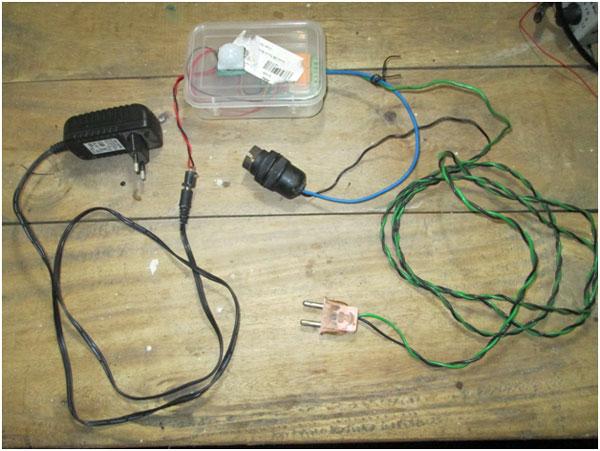 That’s it! You are ready with your device. Now place the device at a place such that the motion sensor gets triggered whenever someone ascend or descends the stairs.

For example, the staircase at my home is at right angle and so I placed the sensor and light near the bend so that the sensor covers maximum distance. Have a look at it: 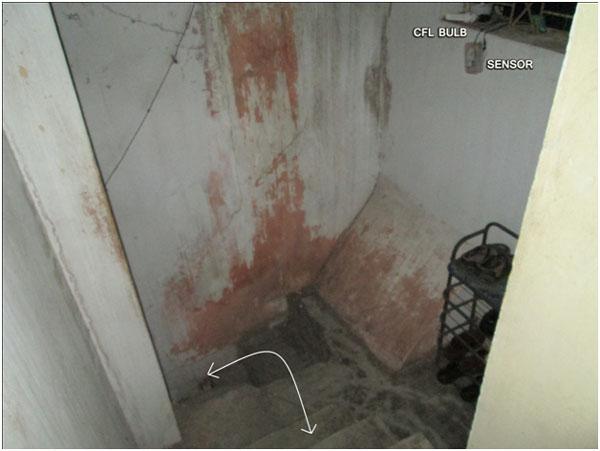 Fig. 23: Image showing installment of Staircase Light and PIR Sensor based Module on staircases of a house