Smart Watches are about to hit the market and become the new fashion statement. And for good reason. A smart watch is a wearable gadget that can be as powerful and equipped as a smart phone. It can be extremely handy and useful and from what we know, they might as well replace smart phone one day. To DIY a smart watch should thus be exciting in the context of how things are presently and how they might in future. 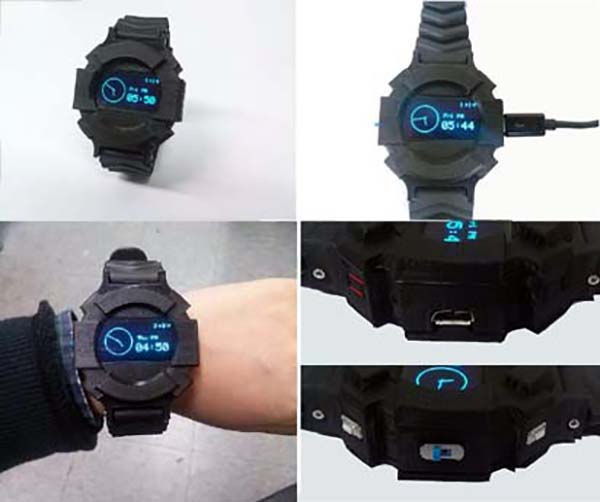 GodsTale’s arduino and android based Smart Watch is an open source system that can also display clock, contain messages, and communicate with other devices via Bluetooth. Since the device has to be worn on a user’s wrist, obviously, size is a big factor in its designing. Which is why Arduino Pro mini, a smaller and lighter version of UNO R3, is used in this DIY. Arduino Pro mini doesn’t have a USB interface circuitry but that isn’t a requirement anyway. For the same reason – the size – HC-06 Bluetooth is used at the trade off of interface board, with a LiPo battery that has an idle running time of 6-7 hours. The OLED employed on this watch networks with the arduino board via I2C. GodsTale has made the software code available for anyone interested in the spirit of DIY.

This watch can store up to three emergency messages, seven normal messages, display clocks in customizable styles, and has sixty five icons for the android app to use. The watch is updated every 30 minutes to keep the contents refreshed. The video below demonstrates the working of the watch in tandem with android app.