Continue to Site
A team of researchers working at the Technical University of Munich recently found a double helix structure inside an inorganic substance. Known as SnIP, this material comprises of phosphorus, iodine, and tin. It is basically a semiconductor with some extraordinary electronic and optical properties. What makes it unique is its high level flexibility that is yet to be discovered in other traditional inorganic semiconducting substances. 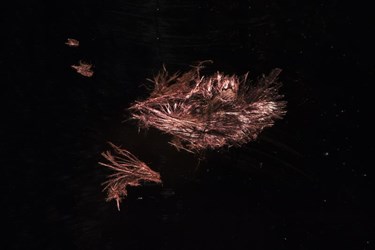 As per the TUM research team member, Daniela Pfister, “These properties of SnIP are clearly attributable to the double helix. SnIp can be produced on a gram scale and is, unlike gallium arsenide which has similar electronic characteristics, far less toxic.” Another professor from same university, Professor Nilges, further adds, “We have, alongside the 3D semiconducting material silicon and the 2D material phosphorene, for the first time a one dimensional material.”
The on-paper calculations by these researchers suggests similar properties exhibition by other elements in this group. They all should be able to form all types of inorganic double helices. Nilges explains, “Compared to organic solar cells, we hope to achieve higher stability from the inorganic materials. For example, SnIP remains stable up to around 500 degrees Centigrade. Since the double helix strands of this material come in right as well as left handed versions, the materials that comprise just one of the two need to display special optical features. The scientists are still looking for competent technologies that can help in separation of these two versions.
Also, it is noteworthy that it is equivalent to polymer-based printing inks and carbon nanotubes with respect to suspension of helices in solvents like toluene. In this manner, thin layers can be produced in a cheap and simple manner. The semiconducting characteristics of the SnIP ensure diverse application of this material that will range from thermoelectric elements and solar cells to photocatalysts, optoelectronic elements, and sensors. The fibers can be separated into more thinner strands that will measure just a few nanometers, this also suggests that the same can be used in respect to nanoelectronic applications.
Filed Under: News