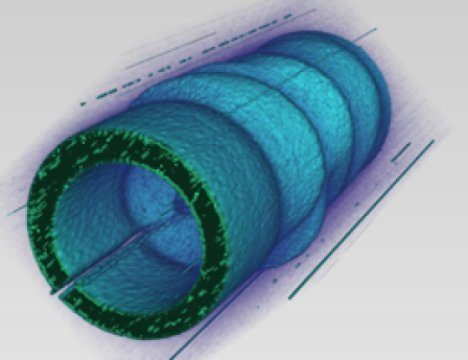 Expert physicians have introduced a new electron microscope that holds the ability to visualize electromagnetic fields wavering at a speed of billions of cycles per second. These are the experts from Munich, who identified that the temporarily shifting electromagnetic fields are the significant force behind the entire electronics. Their polarities can alter at an extensively swift rate and is difficult to gather them in action. But a better comprehension of the dynamics of variations in electrical devices, like transistors, is indispensable for upcoming improvements in electronics.

The scientists from the Laboratory for Attosecond Physics presently functioned by Ludwig Maximilians Universitat as well as the Max Planck Institute of Quantum Optics, have now moved a step towards their aim of developing an electron microscope that can visualize electromagnetic fields of rapid momentum and mark their superfast dynamics.

The electrical gadgets that we have identified so far and that are used every day are without any exception, triggered by transforming electromagnetic fields. Such fields control the movement of electrons in devices like ‘field-effect’ transistors and are eventually responsible for the analysis, storage and flow of data in smartphones and computers. A better comprehension of electromagnetic waveforms is their superfast reconfiguration in distinct elements can aid to shape the upcoming electronics. The MPQ and LMU experts who belong to the research team in Ultrafast Electron Imaging have now introduced an electron microscope that is specially crafted for the scrutiny of swiftly transforming electromagnetic fields.

Such a gadget utilizes ultra-small pulses of laser light, where each pulse lasts for a couple of few femtoseconds. These laser based pulses are utilized to create bunches of electrons crafted from tiny particles that are then compressed on the temporary basis by the momentum of terahertz closed to the infra-red radiation. The group from Munich University illustrated this strategy previously in a magazine and stated that it could craft electron pulses that are smaller than a half-cycle of the visual field.

In this research program, the experts are directed into a microantenna that has just encountered with an accurately timed burst of terahertz radiation. The light waves result in excitation of surface electrons present in the thus generating an oscillating optical field in the instant vicinity of the target. When the pulses based on electrons come under the pressure of the directed electromagnetic field encompassing the antenna, they are spread, and the movement of their deformation is recorded. The researchers can restructure the spatial distribution, orientation, polarization and temporal variation by dispersion caused due to deflected electrons.

“For visualizing the electromagnetic fields wavering at optical speeds, two essential conditions are required,” says Dr. Peter Baum, the leader of the group and supervisor of the experiment. “The period of each electron wave and the time it consumes to pass through the core of interest must be less than singular oscillation duration of the light field.” While the research would be useful for numerous applications, the description of electromagnetic waveforms by attosecond physics brings the results a step near to the future electronics.