This article is about different EMS/EMC pre-compliance immunity tests and how these tests can be performed at small labs. Many labs provide immunity tests, but this article tries to make a simple and most straightforward setup for different types of tests. 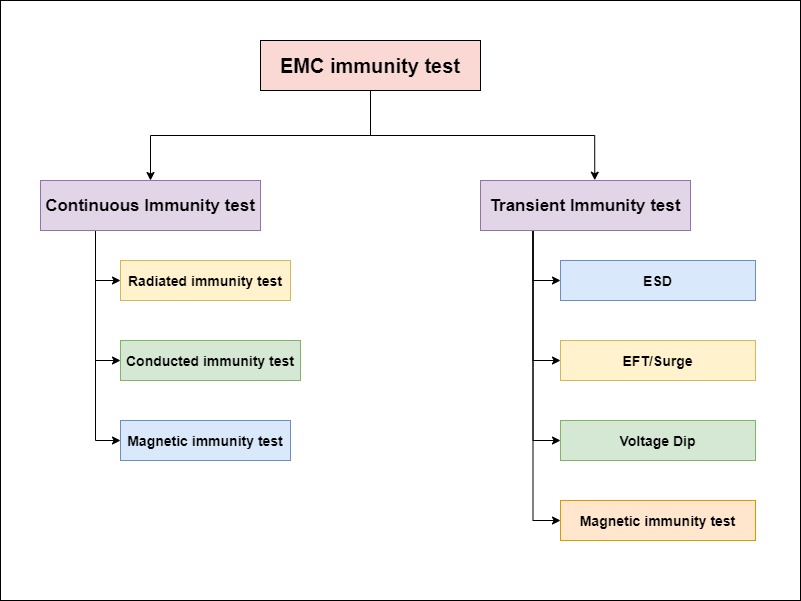 Radiated pre-compliance immunity test
Radiated emission is electromagnetic RF signals produced by devices in the environment. Mobile, TV, and other devices generate electromagnetic interference through the air, which can be a serious problem for the other devices. The radiated pre-compliance immunity test simulates this condition to test the device in a simulated environment before going to a compliance test.

To perform this test, require an RF signal generator that generates an RF signal and an amplifier to amplify the signal. The output of the amplifier is connected to Antenna to transmit the signals over EUT.

RF signal generator
To perform this immunity test, we need to generate an RF signal transmitted on EUT(equipment under test). But if the frequency range cannot fulfill the device requirement, the big expensive RF signal generator will work great to achieve the range of the device.

RF signal amplifier
RF amplifier is used to get more gain in the signal. The amplifier depends upon the requirements and output device need. The amplifier shown in the image has a gain of +20db. 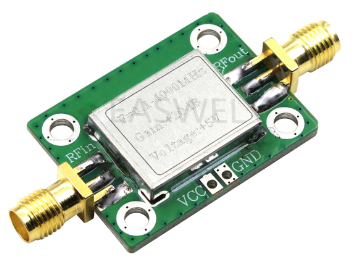 EMC probes
EMC probes are used to detect electromagnetic interference in circuits, but they can be used as an antenna to transfer RF signals to the device. Connect the RF signal generator with these probes through an RF amplifier and test immunity and signal variation by hovering the probe on the circuit. This process is very affordable and easy to set up. 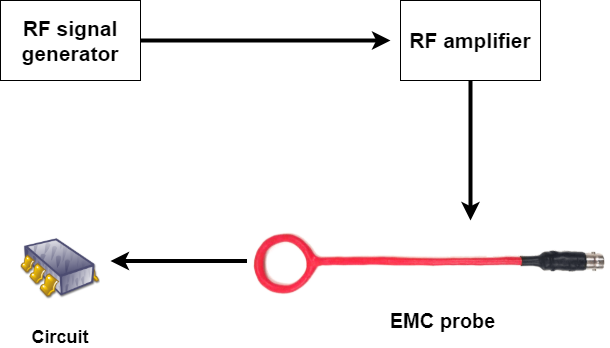 TEM cell
TEM cell stands for “Transverse-Electromagnetic cell” and is the second most affordable equipment for radiated immunity test but a little expensive than EMC probs. The frequency range depends upon the geometry of the cell —the larger has a lower frequency range, but the smaller cell has a higher frequency range. The diagram below shows the signal generator connected to an amplifier which will be connected to a TEM cell that has 50 Ohm resistance at another end. There should be a ground reference plane provided on the floor of the lab in the test setup. The grounding system should be connected to the shell of the Equipment under test. There is two coupling plane is used as shown in the image. One is horizontal and another one is vertical. An insulation sheet is placed in between horizontal planes.

To simulate the ESD, we can use low-cost camping lighter to perform ESD immunity test. The camping lighter can produce hundred or thousand of volts, which is enough to generate spark between conductive surfaces. 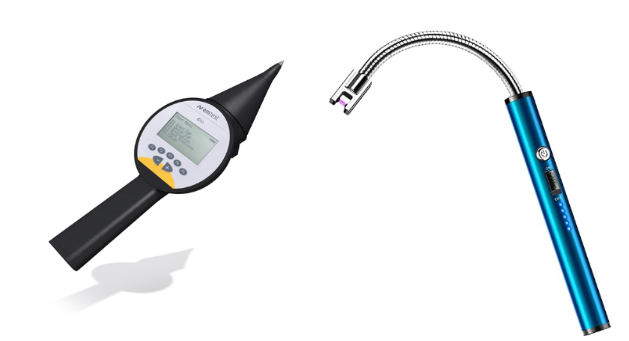 EFT pre-compliance immunity test
EFT stands for electrical fast transient is caused by switching the inductive loads like motors, switches, and relays. A burst generator is used to simulate the switching of inductive load. An EFT burst generator generates bursts of a specific time, frequency, and amplitude to perform this test. That generated burst of the pulse is injected into the device via a capacitive clamp. You can buy or make the capacitive clamp. 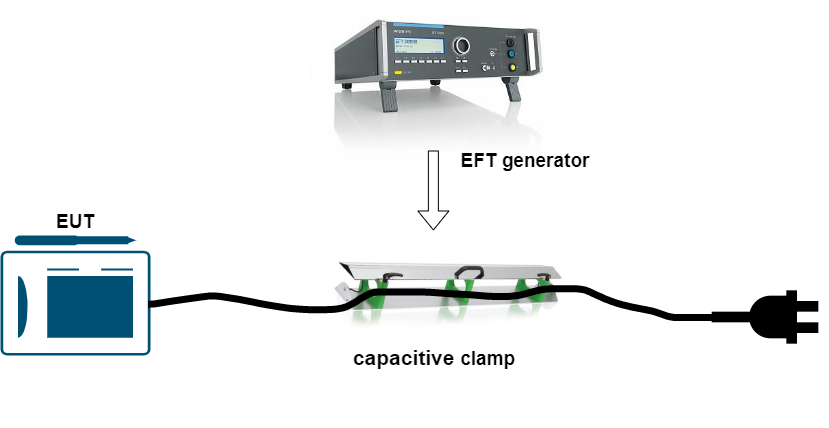 Surge pre-compliance immunity test
A surge test is used to simulate the lightning effect on the AC power supply and is performed on longer cables. This test includes voltage around kV and current around hundreds of Amps. For the surge pre-compliance immunity test, you need a surge generator. There is some equipment available in the market which can generate EFT, surge, and electromagnetic waves. The generated surge is injected by coupling decoupling network device. 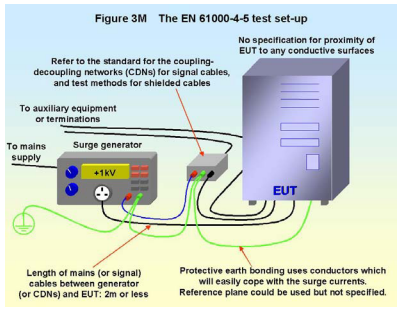 The frequency spectrum of the surge test is lower than the EFT and ESD test, so the test setup does not need a reference plane. But it does require an earth one. 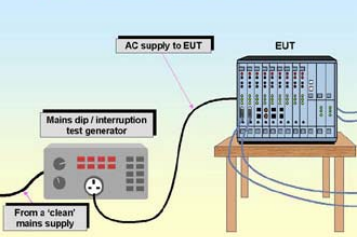