Continue to Site
Epson Corporation, a global technology leader, has announced to expand the lineup of industrial SCARA (Selective Compliance Assembly Robot Arm) robots by adding a new T series of robots. The first model in the series to be released is T3, which will be made available in limited markets in late March followed by its rollout in other regions.
The T3 model has been designed primarily for simple material handling applications like test machine loading/unloading. It would offer the companies and opportunity to employ robots for non-creative and repetitive work which has been usually performed by operators like transporting components. 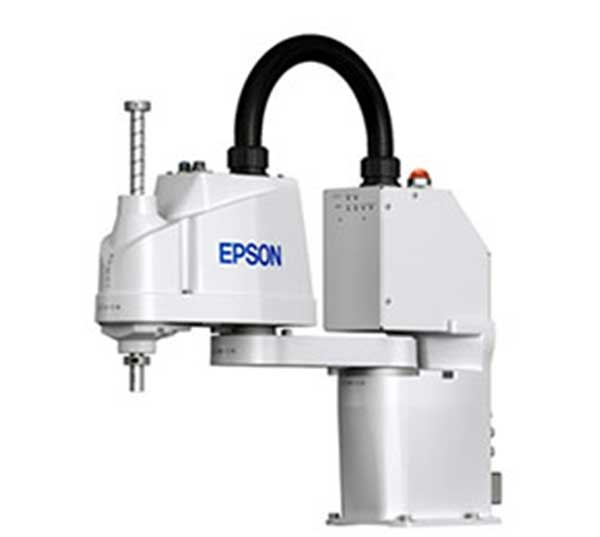 Moreover, with the T3 availability, the manufacturers need not combine multiple low-cost single axis robots for automating tasks. This would help them in lowering the costs, as well as, the troublesome maintenance work in long run. It would also help factories free up a lot of space occupied by a large number of robots so that the floor space could be utilized more efficiently.
Key Features
• Epson has integrated all the controller components into the robot arm thus eliminating the need for a controller box.
• The T3 model can record the back-up status of its motors by using a simple mechanical system with the latest motor technologies. This would save the factory owners from the trouble of exchanging batteries.
• There is an I/O communications port which facilitates an easy cable connection to the end-effector and supply power. Thus there is no need to route a long cable to the controller.
• T3 has 30% better energy performance as compared to the conventional SCARA robots which helps in bringing down the long-term running cost. Moreover, it runs on a single-phase alternating current at input voltages ranging from 100V to 240V implying that it can even be used at places with no larger power supply.
Filed Under: News
Tagged With: Epson Corporation, robots