A team of researchers from Japan recently revealed the link between amount of stress being exerted over inner rock layers of earth and helium level in groundwater. The study was conducted at the area enclosing epicenter of the 2016 Kumamoto earthquake. The team expects that this new revelation will play a key role in development of monitoring system that checks the stress level signaling possibilities of an earthquake. Numerous studies have been going in Japan regarding the earthquakes especially in Kobe since 1995, most of these signalled that chemical structure of groundwater can signify the rising chances of earthquake. But the team still needed to assemble evidences to back up their claim.

The research team working at the University of Tokyo, along with its collaborators, found that  when the level of stress exerted over our planet’s crust crosses a limit, the level of helium isotope, – Helium – 4 increases in the groundwater. The same was registered in the sites located near the epicenter of 2016 Kumamoto earthquake that had a magnitude of 7.3 in the Southwestern Japan. It caused 50 fatal casualties along with lot of other damage. 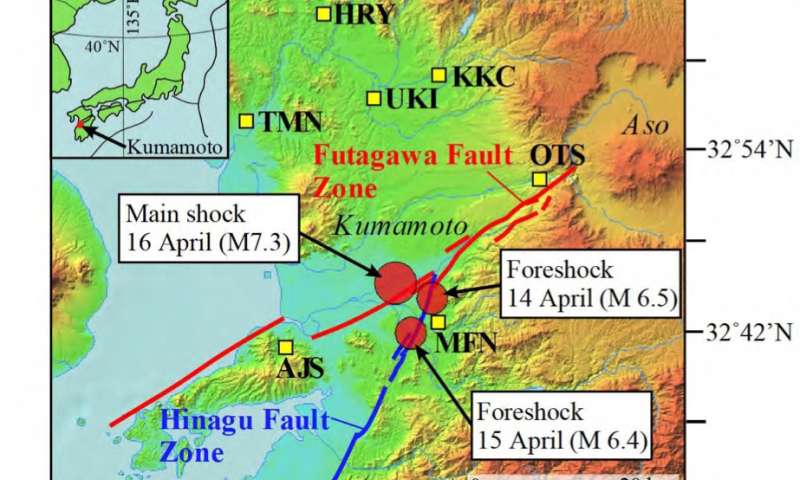 For this study, the team utilized a submersible pump inside the deeper well to get ground water samples from the depths as long as 280-1300 meters from seven different locations in the faulty zones that surrounded the epicenter almost 11 days post the earthquake. They carefully compared the change in level of Helium -4 of these samples against the similar analysis that was done in 2010. A professor from University of Tokyo’s Ocean Research Institute and lead author of this paper, Yuji Sano, says, “After careful analysis and calculations, we concluded that the levels of helium-4 had increased in samples that were collected near the epicenter due to the gas released by the rock fractures.” The team also checked the amount of helium released by these rocks during the rock fracture experiments in labs that were collected from region of earthquake. More studies are yet to be taken place to further verify these relationships.