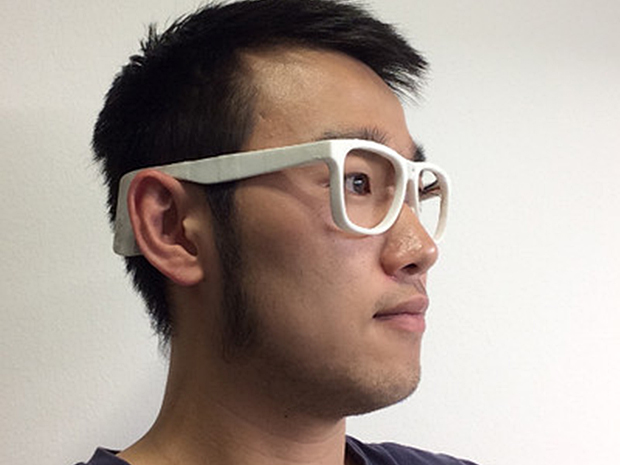 Whether you are trying to eat healthier, lose weight, or track your food intake for various reasons, there is no real automatic and easy way to measure your diet. Currently, the finest options are apps that need you to grab the food items you consume, or you can manually feed the information. But, there has been introduced an app that, without any manual technique, can record your every meal intake.

It is the idea behind introducing the ‘Diet Eyeglasses’ revealed earlier last month in San Francisco. These are intelligent glasses with built-in sensors that identify muscle procedures related to chewing. It could allow the unobtrusive and continuous monitoring of every morsel employers chew down on.

Professor Oliver Amft, a scientist at the University of Passau, Germany 3-D printed his smart glasses. They seem like ordinary spectacles, but feature sensors crafted from flexible woven fabric electrodes linked to the frame of the glasses. The sensors utilize electromyography (EMG) for detecting movements of facial muscles engaged in chewing. After conducting the research with distinct locations for the sensors, Amft, and his students discovered that linking them into the frame behind the ears generates the finest contact with the skin of the user. It produces the best signal. The small rechargeable battery and processor are also linked behind the ear.

For analysing the spectacles, eight researchers chewed different foods, drank water, spoke, cough and made types of random movements with their heads. The results were spectacular as the smart glasses were able to precisely differentiate the various EMG patterns generated by chewing from those created by distinct activities. They could even tell that difference between various types of foods included in the analysis – bananas, cookies, carrots, toasts, and jellies. The textures of the food were distinct enough to create signature EMG patterns, revealed the researchers.

However, the researchers are still not sure that whether the glasses alone would be able to distinguish between comprehensive assortments of food types. You can identify the trouble of relying solely on the information available about texture. Could such gadgets differentiate between oatmeal and eggs? But, it is confirmed that such glasses can be utilized in combination with other sensors, suggested the researchers. According to them, “these glasses are perfect for generating personalized dietary supervising systems.”

There are various options available for sensors that are built-in with other types of modalities for tracking the total amount of food intake. One such gadget, which was previously brought to the notification, was the User’s Meal. It was built-in with microphones that can be attached to the neck of the user and identify the various sounds of chewing, swallowing and biting to differentiate the various food items.

In another approach, there was another gadget introduced, a team of professionals in the processing of natural language and machine learning formulated a system that could parse the natural description and behaviour of the user. It could identify the nature of a meal and regain the adequate nutritional information.