ESP8266 is a UART to WiFi module which provides an easy way to connect any small Microcontroller platform like Arduino to Internet wirelessly. Since ESP8266 super cheap, and super easy to work with it become one of the leading platforms for the Internet of Things. You can use AT commands to connect to WiFi networks and open TCP connections without running TCP/IP stack. It also includes 32Bit Microcontroller which can be programmed to act as a standalone WiFi connected Embedded Platform. So far there are different variants of ESP-x modules are available, Where x can be 1 to 12.

We are going to use the ESP-1 module with the new firmware which is set at 115200 baud. 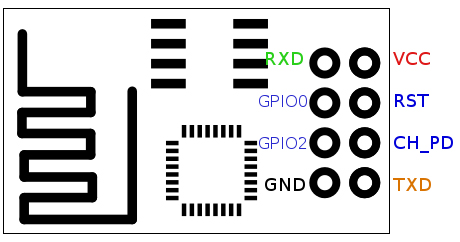 ESP8266 requires 3.3v device, it can’t tolerate 5V so do not power it with 5Volts. We have to make sure that CH_PD pin is pulled up, the module will not give any response until you make this connection. This can be done either directly connecting CH_PD to VCC or you can also use the 3.3K resistance to pull up. The current rating of this Module is 80mA in idle and 300mA during operation. Here we are using USB to TTL converter for connecting the Module with the PC. The 3.3V output of the converter is used to power the module.

Don’t forget to pull up CH_PD HIGH, you won’t get a response from the module if it is not done.

You can also use Arduino UNO by uploading empty setup() and loop() functions, if you don’t have a USB-TTL converter. 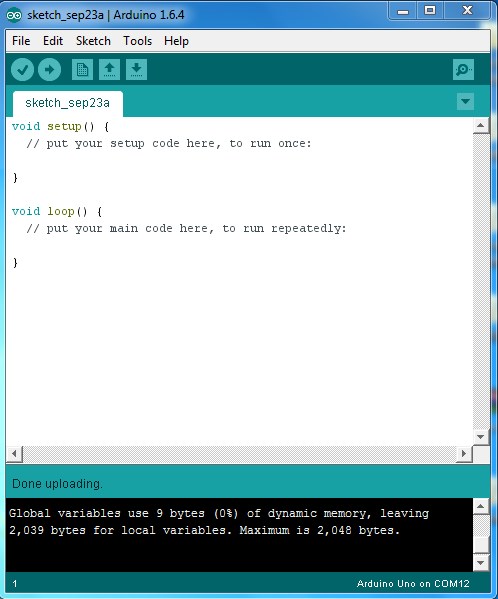 For viewing the data from the ESP8266 a serial terminal in Arduino IDE can be used. Fig. 6: Screenshot of Selecting a Port for Communication with ESP8266 on Arduino IDE Fig. 8: Screenshot of AT Command passed from Arduino Serial Terminal 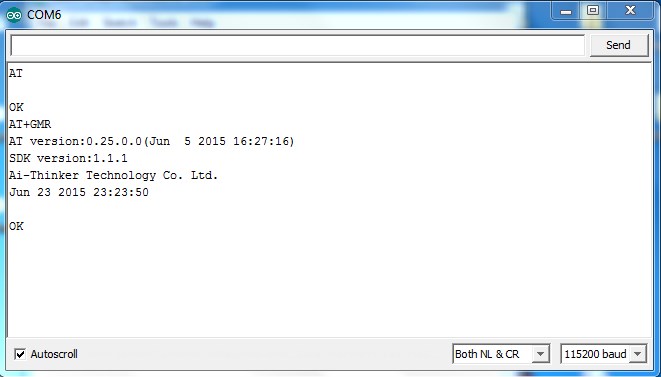 For inquiring the module about something you can use question mark “?” and you can use equal to “=” to assign a value after some AT commands.

For details related to AT commands visit :

To know the current mode of operation you can use AT+CWMODE?

CWMODE returns an integer which corresponds the mode of operation. 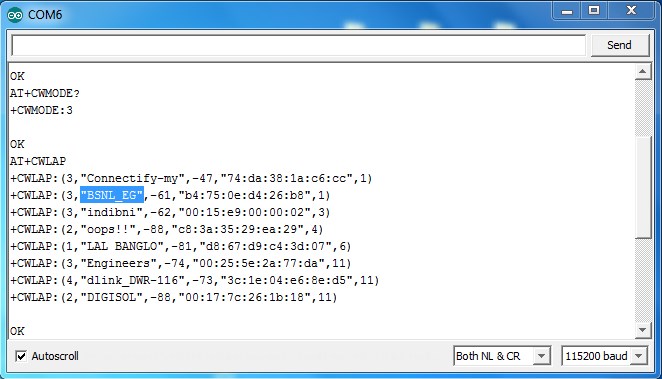 ecn: It is a number denoting the security of the Access point

ssid: Denotes the SSID name of the Access point.

mac: It gives the MAC Address in a String value.

rssi: Gives the numerical value of the Signal Strength.

Use the command AT+CWMODE=1 to configure the module as STA or WiFi client that will connect to the router or Access Point. The module should be restarted to activate this selection.

ESP module has the special property to remember the joined AP and it will reconnect to it after every successful Boot. AT+CWQAP command can be used to forget it. 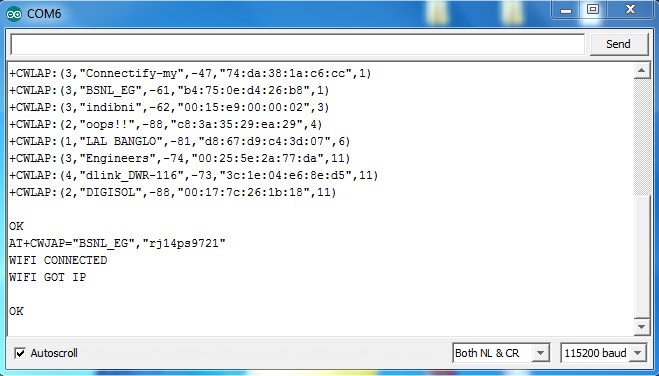 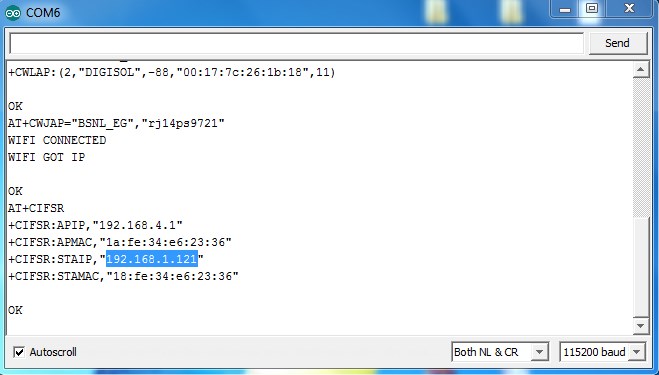 If all things went smooth new command window should open and start pinging with the ESP8266. 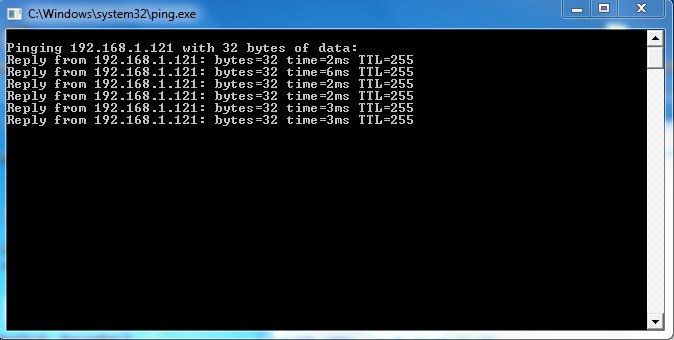