If you remember a short story written by Gregory Dale Bear last year, you would remember the quantum computer design he imagined – an 8 ball supercomputer, a completely spherical monolith structure that can coordinate with quantum mechanics rules and solve all kind of complex problems within moments. A nice thing to imagine, unfortunately, quite far from reality. It will take a few more years for such designs to step out of imaginary world and become a tangible fact for users. But if you wish to feel good, know that some recent developments promise to turn this fiction into reality a bit sooner than expected. A team of researchers and scientists from University of Basque Country, Spain and Google have collaborated to clear some obstacles from the path towards complex and highly useful quantum computers. 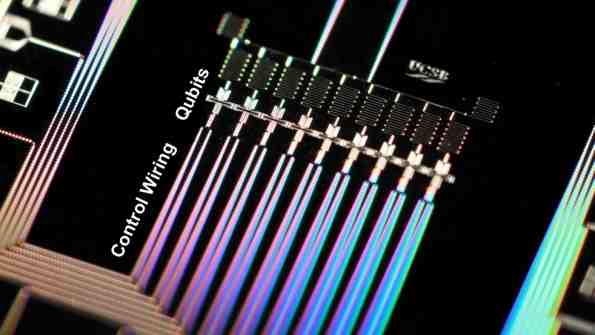 The technology takes roots in concept of quantum bits or qubits that can be related with the classic bits stored in transistors etched over silicon bases. The qubits have potential to encode data more than 1’s and 0’s that are current basis for present day computing.  Reason being, qubits have a tendency for superimposition that allows them to save both 1 and 0 simultaneously. The modern quantum computers have very few qubits which is way back from the billions of transistors that Intel can etch over silicon chips. IBM did built a quantum computer this year with the help of five superconducting qubits and gave researchers access to its cloud. The Canada based start-up, D-Wave, also designed a 1097-qubit machine, but it can only work over a small range of algorithms as compared to efficiency of Intel chips.

The researchers from Google and Basque believe that the main recipe for building a hundred percent efficient quantum computer with higher number of qubits is by fusing the two main tracks of research in this field. The first one is linking the primitive circuits with qubits that can conduct one kind of operation getting answers to some very specific questions. The maximum fund and government’s approach is based on this theory. Google made a study of this theory in its Quantum Artificial Intelligence Lab. But, the D-Wave function machines are based on next approach that is called as the adiabatic quantum computing. In this case, the qubits get arranged in a specific patterns and change their interaction gradually unless they solve a particular algorithm. You can feed any kind of problem in the constantly evolving array of qubits, it is a step ahead from present day digital computers,

Both these theories are subject to random noise that slowly leaks in the system and disturbs the track of calculation. The digital computers are capable enough of filtering out the noise with the help of some extra software and hardware. However, adiabatic devices have tough time filtering out such noises. The research team believes that adiabatic computing can be improved to a greater extent. The basic idea is to adopt the error-correction abilities of digital computers in an adiabatic machine. It the quantum computer is able to filter out the interference, it can make room for more qubits without overwhelming the system with extra noise. The team’s prototype is based on same premise. It has nine aluminum qubits that are cooled somewhere near the absolute zero where they act like super conductors. In this state, the film has almost no electrical resistance and the data can be easily encoded over the qubits. The interactivities between the qubits are taken care by some 1, 000 logic gates that modify the data for running algorithms. As per the team, with this rate in coming years they will be able to designs accepting around40 qubits. Those will be better quantum computers capable of soling higher level problems as compared to the contemporary computers.