Now, scientists at Korea Advanced Institute of Technology and Science have introduced a novel speaker design especially oriented for the mobile audio market that extracts its potentialities from nanomaterials. The scientists from KAIST have utilized graphene to generate a speaker that does not need an acoustic box to release sound. 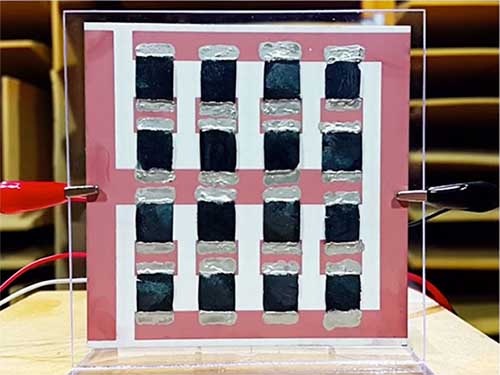 According to the research, the scientists have utilized graphene in relatively simple procedures that yielded the lengthy-elusive thermo-acoustic speaker. The thermo-acoustics is based on the massively old idea that delineates that sound can be generated by the swift cooling and heating ofsubstance instead of vibrations.

While graphene has conventionally been witnessed to allow thermo-acoustics as well as carbon based nanotubes have even been utilized conventionally to generate thermo-acoustics speakers.The fact or feature that makes the work of KAIST scientists stand apart and above others is the convenience with which the overall procedure of fabricating graphene based speakers has taken place. The process is of two-steps and simple and confirms that making commercial applications is possible.

They instigated by first freeze-drying a composition of graphene oxide flakes. The scientists then doped and reduced the oxidized graphene to enhance its electronics features. The procedure does not need any templates to finish the process of fabrication. As an end-result – N-dopes diminished graphene oxide, and a three-dimensional graphene oxide aerogel termed as N-rGOA that is self-supporting.

The ultimate aerogel sound element has a porous macroscopic organizational structure can be conveniently modulated. For this reason, it would be possible to meet various applications that are rigid and that were otherwise not able to be catered. The speaker that has been produced by the researchers of KAIST comprises of an extensive assortment of 16 of the aerogels. It functions on the power of 40 watts and generates a high volume and sound quality comparable to that of other sound systems that are based on graphene. According to this study, the speakers that have been introduced can meet innumerable applications that are stringent and needs high-quality of products.

The scientists believed that due to the presence of the simplicity of their structural technique, speakers can be produced in mass quantity and for utilization in mobile gadgets and other types of applications. There has also been a video created for the same, according to which the speakers are flat and do not vibrate or fluctuate implying that they can be situated against all types of walls and can even be placed closed to the curved surfaces. Hence, it is proved that the device or speakers can be placed close to any surface and are ideal for multiple utilities.