Graphene’s conductivity and usage in semiconductor industry is not a mystery anymore. However, what is more revealing is that addition of hydrogen into this substance could make its applications more efficient and better in the semiconductor industry. The fact was recently discovered by a team of researchers that has been working on this project at the Korean Institute For basic Science’s Center for Multidimensional Carbon Materials (CMCM). While graphene has a high score in terms of conductivity, its usage as a direct substitute for silicon in the semiconductors is not possible due to lack of bandgap. But, hydrogenation of graphene offers the required band gap which increases the prospect of its usage as semiconductor component to quite an extent. New devices can now definitely have graphene as their constituent, thanks to this technology. 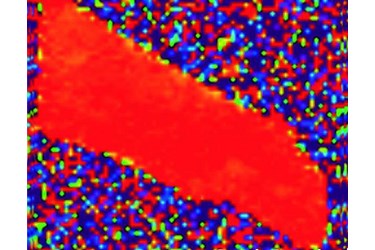 There are several other hydrogenation projects that are currently in motion over bulk materials all over the world, but what makes CMCM unique is that it emphasizes mainly over hydrogenation of few-layers thick and as well as single layered graphene sheets. The reaction used by research team for this purpose is the one that has lithium dissolved in ammonia that helps in introduction of hydrogen via formation of C-H bonds. The team also found out that the hydrogenation spreads quickly over the complete surface of single-layered graphene, however, it goes slowly from one edge to another in the multi-layered graphene.

The team found a midway under which they used bilayer and trilayer graphene. They discovered that reagents were able to pass in-between the layers much easily and hydrogenated every single layer with much precision and in lesser time. They also found that hydrogenation altered the electrical as well as optical properties of graphene to a larger level. The director of CMCM, Professor Rodney Ruoff also adds, “By building a deep understanding of the chemistry of single-layer graphene and a few layer graphene, I am confident that many new applications of chemically functionalized graphenes could be possible, in electronics, photonics, optoelectronics, sensors, composites and other areas.”