Who doesn’t like to have a smart phone, filled with cool stuffs? Well the term includes difference perception for different people. But for techies, a smart home will have the ability to flip switches and read sensors and have a program turn a light on when you open the door, but only if it’s dark. Nick Touran dreams of same house and therefore present a post about home automation. In this post, he has shared his experience which he learned during this process and has uploaded a video too for better understanding.

This project includes usage of Z-wave, which are basically low-power sensors and use a radio technology. Apart from Wi-Fi and Bluetooth, Z-wave and Zigbee are made to be really low-powered, low-bandwidth for internet-of-things devices like switches, sensors, lights, etc. 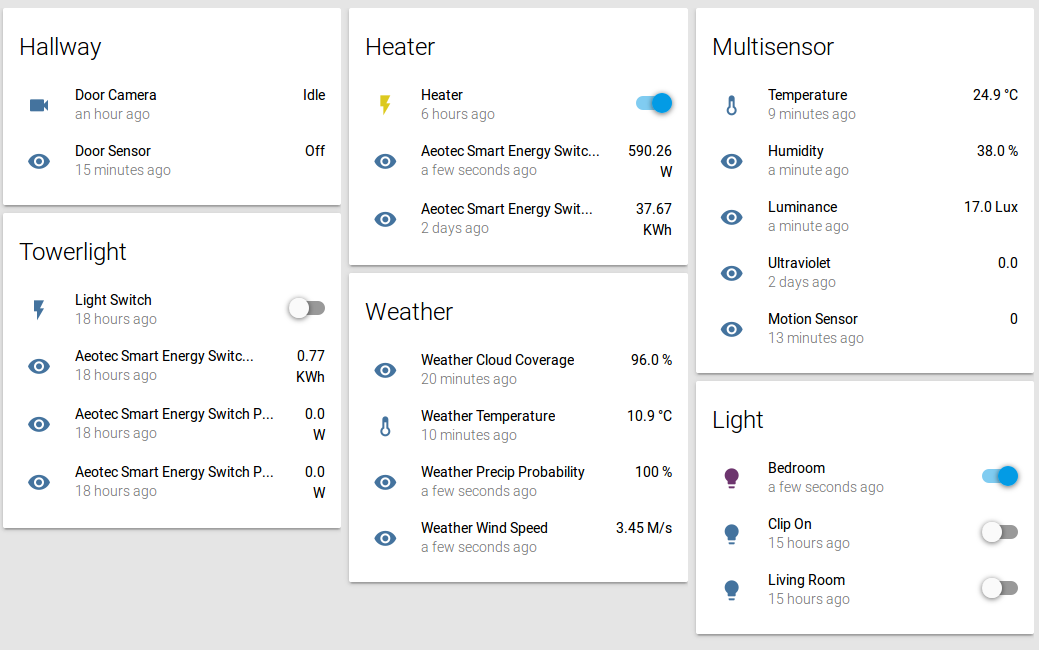 The hardware used here includes HUE color-changing LED lights that can be controlled from phone or laptop whether present in house or not. A door sensor that tells when the door is open or closed. A security camera that can pivot around the house, a multisensor which records temperature, relative humidity, light, and UV, and has alarms for motion and jiggling. Further, a two in-line plug-switches, one that turns on and off a big light and the other that turns on and off the space heater. A router to securely access home network when away and a Raspberry Pi 2 with a Z-wave Aeon Z-stick USB dongle. It is pretty obvious that what creative things can be done with those products, once you have knowledge about the same

As nick is more interested in open-source stuff and he doesn’t want home to be hosted by some third-party company, he did a lot of programming in Python, and for Raspberry Pi. Since the home-assistant needs Python 3.4, make sure that Raspberry Pi 2 has at a Raspbian OS based on Debian Jessie on it. After upgrading, install home-assistant.

Now the complex part is building the openzwave library to give home-assistant access to the Z-wave stuff. With version 0.15 of home-assistant, unforking the library can be accomplished.

The multisensor used here only sends updates once an hour that is by default. When it is plugged in to power, quicker updates is expected. Nick figured out how to adjust the configuration using the python-openzwave library and installed.

For modifications, you can use more lights and Z-wave smoke detector. Nick had trouble while unplugging the Z-stick (ZW090) from the Raspberry Pi and plug it in to laptop as shown in the video. Later he updated, about bad USB connection as it worked fine with other computers