Machine vision has changed dramatically in the wake of its convergence with artificial intelligence. Traditional computer vision systems were dependent on predefined library functions and user-defined algorithms for all kinds of image processing tasks. In the past decade, researchers realized that human vision itself is inextricable with the human mind and learning. It was that realization that lead to the use of deep learning networks in computer vision such as Convolutional Neural Networks (CNN) or other deep learning method. Artificial Intelligence vision is the new, fancy term for computer vision or machine vision.

AI vision has been computationally expensive as well as complicated. As artificial intelligence has advanced and semiconductor chips have become increasingly more powerful, it’s possible to implement deep learning networks on mobile processors and embedded systems as simple as 32-bit microcontrollers. This has moved computer vision models from clouds to edge devices, where computer vision can be used for embedded applications and a variety of narrow AI tasks. The market size of AI vision is expected to reach $48.6 billion in 2022 and is projected to reach $144 billion by 2028. Computer vision is deemed to shape the new world UX technology, where pocket-sized computers in smartphones, gadgets, wearables, and ‘things’ will have a human-like vision and higher intelligence.

What is computer vision?
Computer vision is a field of artificial intelligence that deals with training computers to perceive and comprehend visual information from images, videos, and other visual inputs. AI vision esteems to be as natural as human vision. Though, both are very different from each other. The human eye is estimated to have a resolution of 576 megapixels, and all that load of visual information is processed and analyzed by a highly complex network of brain neurons. Even supercomputers are far behind in computational speed compared to brain neurons, and the most advanced cameras do not have a resolution matching a human eye.

It is quite trivial to capture visual information in images, videos, or live streams using cameras and sensors when it comes to computer vision. The real challenge is to derive meaningful insights and inferences from the captured visual data computationally. This is where machine learning and deep learning are utilized. The real world is infinitely complex and varying such that a computer vision system can only succeed if it is capable of learning from visual information.

If human vision is an evolutionary masterpiece, computer vision has its pros. Cameras can capture visual data with better efficiency than human eyes. They can also capture visual information that cannot be accessed by human eyes, like thermal images, medical scans, and other imaging technologies. Computer vision systems can be designed to be more specific, precise, and accurate than human vision. For example, deep face recognition models have achieved a detection accuracy of 99.63% compared to human accuracy of 97.53%.

Computer vision tasks
Before knowing how a computer vision system works, it is important to be familiar with common computer vision tasks. These simple visual perception tasks help segregate a large-scale application into more straightforward problem statements. Each task requires some cognitive functionality for its execution. 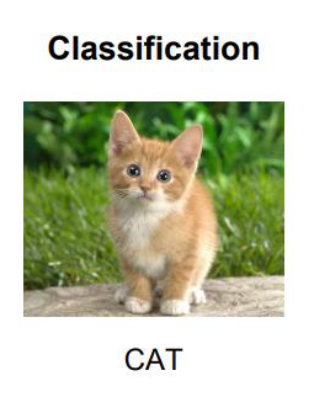 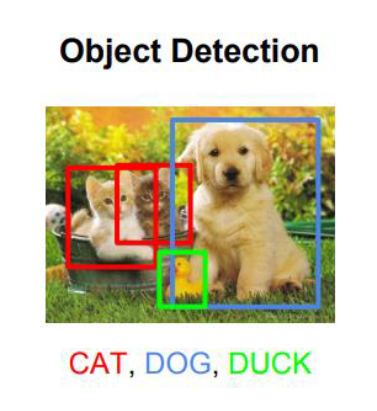 Artificial intelligence has made the conventional image processing style in computer vision obsolete. The deep learning network is a sure recipe for any computer vision problem.

The first step in understanding images is feature engineering. The captured images are converted into arrays of pixels. The images take a lot of data for their computational representation, and the colored images need a good memory for their storage and interpretation within a model. Following a proper computational presentation of the images, the parts of the images are identified as objects using blobs, edges, and corners. This is a CPU-intensive and time-consuming process. That is why object detection is automated using transfer learning. Major companies working on computer vision and AI have shared their datasets and deep learning models as open-source assets to ease and automate the process of object detection in images.

This is followed by training of the convolution networks for the domain-specific tasks. Each computer vision application/task requires a specific dataset. For example, a traffic monitoring application will need a dataset to identify and classify vehicles. A cancer detection application will need a dataset of medical scans and reports. How a dataset is utilized for training a neural network model depends on the computer vision tasks involved in the particular application. Accordingly, appropriate deep learning models are applied, and associated performance metrics are monitored.

Another set of challenges appears in the selection of feature engineering. The physical world is enormously varying and versatile that the choice of appropriate features for extraction and matching in a given application can become a daunting task. For example, the same object looks different from different angles. The same class of object may have a variety of colors and internal features. For example, a cat may look different from different angles of view; cats of the same breed have different skin colors and patches, and cats of the different breeds have similar but different body features. Therefore, a deep learning model must be supplied images of the object from different angles and different variations to avoid underfitting. It is even possible that two objects may have similar features and resemblances, resulting in fake similarities. That is why thousands or millions of images are required to train a deep learning network to identify an object. This usually involves detecting and matching hundreds of features for the same class/label.

Finally, a computer vision system may fail due to improper or insufficient visual data interpretation. This usually happens due to a lack of context or general intelligence in computer vision networks. After all, computer vision systems rely on pattern identification in images. They can interpret images only in the context supplied to them or within the confines of the set of features utilized in feature engineering. Deep learning networks can derive meaningful representations of the objects/classes over convolution but cannot generate contexts and references.