How to Install and Run Arduino in Linux

This tutorial explains how to install and run Arduino in Linux distribution such as an Ubuntu. Arduino is already available in the software center of Ubuntu which is one of the repositories of Linux.

Ubuntu needs to meet the required dependencies of Arduino. so before installing Arduino make sure that the dependencies are met.

Required dependencies of Arduino in Linux

Two dependencies are required before install Arduino in Linux:

Arduino software is made in java environment  and to run the java program, we need to download and install Java run time environment. There is no need of installing java run time if it is already installed in your system.. Since Arduino software already includes java you can install  it individually from Ubuntu software center using the following command line from command terminal:

Complier is an extended tool which converts source file to object file (machine code) so that CPU can understand it. As Arduino belongs to AVR family,  we need the AVR compiler for compiling the Arduino source code. But you don’t need to install it as the software already includes GCC AVR Compiler in it.

We can install Arduino from Ubuntu software centre if not already installed in the system.

If arduino is installed, it will open but if not installed the following output will be displayed on your screen: 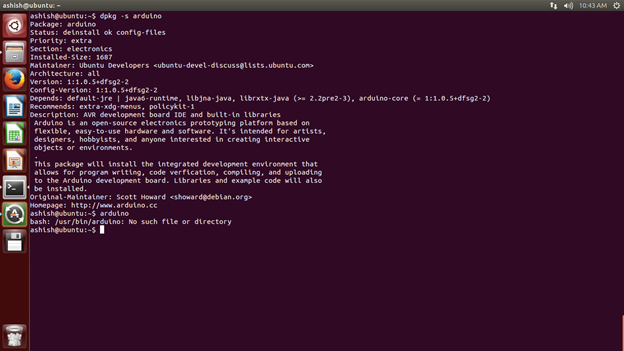 Fig. 1: Screenshot of Output on Linux Console if Arduino is not Installed on Ubuntu

Now Arduino is starting to get installed from ubuntu software center. Wait for the installation process to be over. Now open the Arduino from command terminal by entering the following command:

Now, arduino is opened and displays the dialout box on screen.

Note: Here you must be added to the ‘dialout’ group to be able to upload sketches to the Arduino.

After adding in dialout box , logout from system and restart the system. It will look like the following: 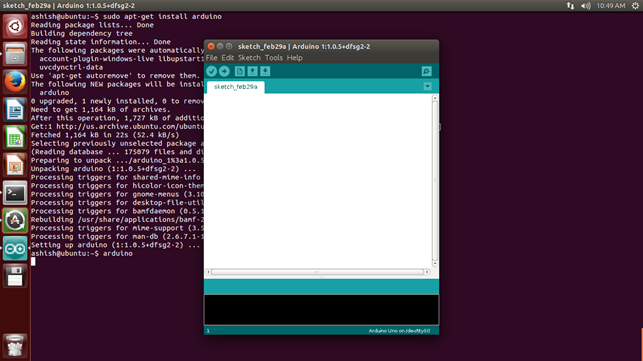 Now plug the arduino board through USB cable and check if it is connected or notby entering the following command:

In my system, it is connected and displays the following:

Select the specific board from tool > board. Select simple Blink example and compile it.

Now, you can work with arduino in Ubuntu Linux. 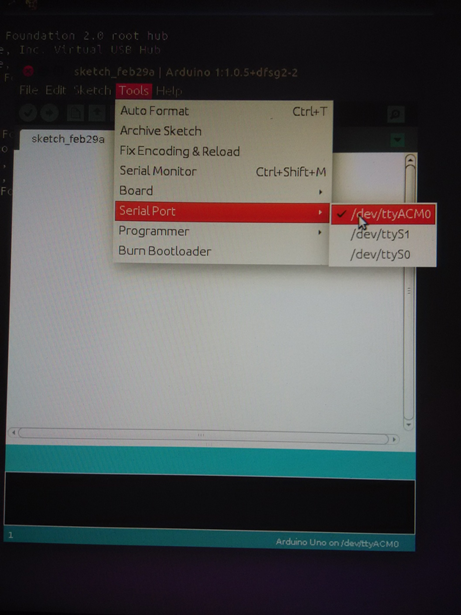