The SD memory card comes in large storage capacities from 1 GB up to 32 GB are available. They are used mostly in costly devices like digital camera, media players etc. They are also found in low cost and simple micro-controller based systems. The SD memory cards are interfaced in high end devices using SD bus which provides very high speed data transfer between the device and the memory card.  They also can be interfaced with a device using the low speed and comparatively simple SPI bus and that is the reason why the micro-controller system developers are interested in it. Due to their large storage capacity the SD card can be used to continuously store data bytes which may be read by the system from a sensor since a long period of time. The data can be directly written in the storage locations of the SD card or it can be written into a file inside the SD card. Keeping the data inside a file and that also in the text format is mostly preferred since the SD card can be removed from the system later, transport it to a distant place and can read the data using a computer.

This project demonstrate how to store the data continuously from an analog sensor into a memory card for predefined period of time and display the same data in a Serial monitoring software. In this particular project the variable pin of a potentiometer is connected to provide analog voltage for the Arduino board to read and store in the SD card which can be easily replaced with a real sensor in future projects. 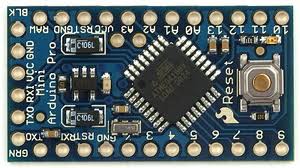 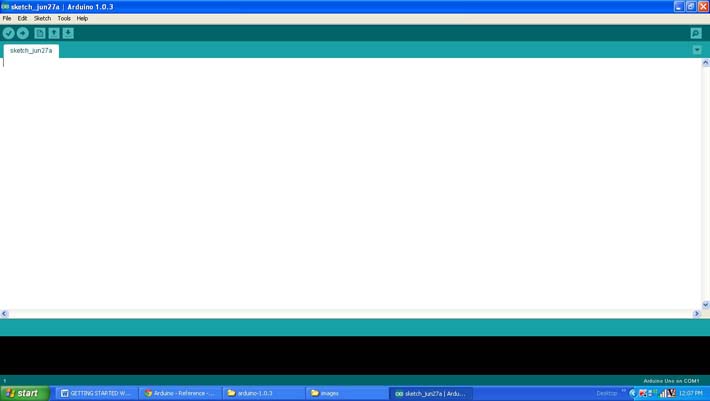 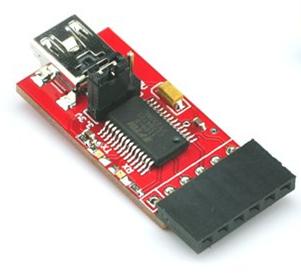 It is assumed that the reader has gone through the project how to get started with the arduino and done all the things discussed in it. The memory card used in this particular project is a 2 GB SD card from Transcend but the code is supposed to work with SD card from all vendors. The SD card operates on 3.3V logic and hence to interface it with a microcontroller which runs on 5V logic one should use a Logic Level Converter. Since the memory card is interfaced using the SPI bus the four channel Logic Level Converter modules which are commonly available in the market can be used. The image of the Logic Level Converter module used in this project is shown in the following image; 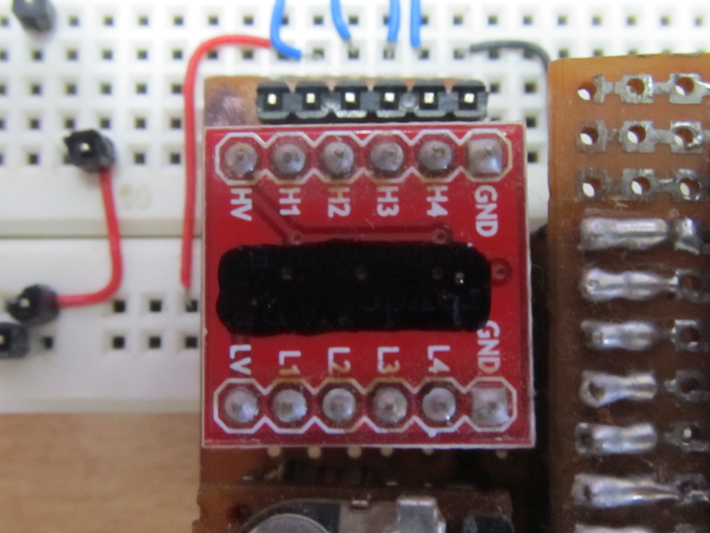 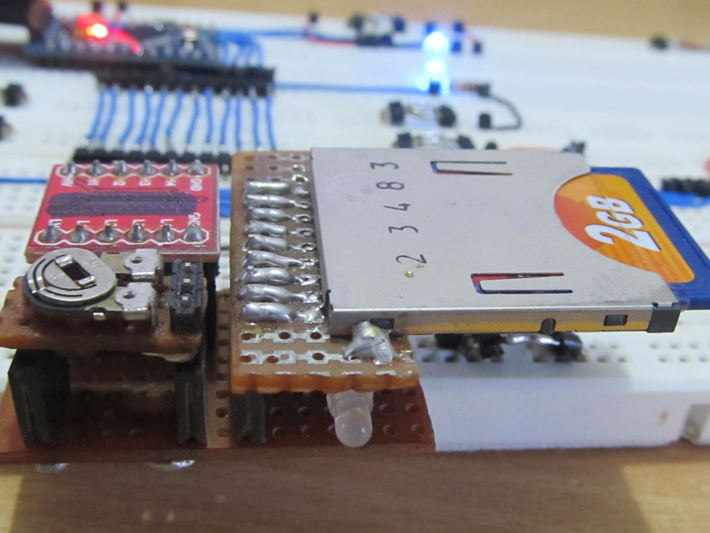 The Arduino IDE provides a library called <SD.h> which has lot of functions to access the SD memory card. The library is able to access the FAT16 or FAT32 filesystem of the SD card using the AVR microcontroller of the Arduino board so that the files can be read, modify or write. The functions used in this particular project are SD.begin(), SD.open(), file. println(), file.read(), and file.close() from the library <SD.h> and the details regarding them are explained in a previous project on how to interface SD card with Arduino.

The Arduino IDE provides functions to access analog input and analog output of the board. The code written for this project uses the built-in function provided by the Arduino IDE namely analogRead() and analogWrite().  The functions are already used in the previous projects on how to use analog input and analog output of Arduino board, how to use Arduino to display sensor values, how to make dynamic sensor display using Arduino, how to save sensor values in the EEPROM of the Arduino.

The code create or open a file “sensor.txt” and store 50 sensor values which has been read with a delay of half a second between them. Once the 50 values are read the code reads the entire file and displays it in the Serial monitor. The data is transferred from a file from the SD card and is monitored using the Serial monitor window with the help of the serial communicating functions written in the code. The functions used in this projects are namely Serial.begin(), Serial.println() and Serial.write(). The details of these functions and similar functions for the serial communication are already discussed in previous projects on how to do serial communication with the Arduino, how to send and receive serial data using arduino, how to do serial debugging with the Arduino.

When the coding is finished one can verify and upload the code to the Arduino board as explained in the project how to get started with the Arduino. The code will initialize the SD card, create a file “sensor.txt” and store 50 sensor values in it and read back the entire file. One can observe the data read from the file with the help of Serial monitor as explained in the project on how to do serial debugging with the Arduino.