A team of researchers working at the Michigan Tech recently came up with sodium embedded carbon nanowalls that can be used for improving the quality of battery electrodes. The electrode materials installed in energy devices need large accessible surface and  high electrical conductivity. The two are completely opposite to each other with respect with current materials. Professor Yun Hang Hu adds, “Sodium-embedded carbon’s conductivity is two orders of magnitude larger than 3D graphene. The nanowall structure, with all its channels and pores, also has a large accessible surface area comparable to graphene.”

This is pretty much different from the metal-doped carbon that simply have metals over carbon’s surface and are more susceptible to oxidation. Incorporation of metal in a carbon structure plays vital role in its protection. In order to make one such material, the team created a completely new process to accomplish this, they made use of temperature-controlled reaction between carbon monoxide and sodium metal for creation of a black carbon powder that trapped sodium atoms into it. The team says that , a platinum-based solar cells is able to reach its ideal power conversion efficiency i.e. 7.89 percent through this process. The sodium embedded carbon that was used as a result of this process. Had an energy density of 145 Farad/gm and was able to retain a capacity of 96.4 per cent even after 5000 charging and discharging cycles that indicated high electrode stability. 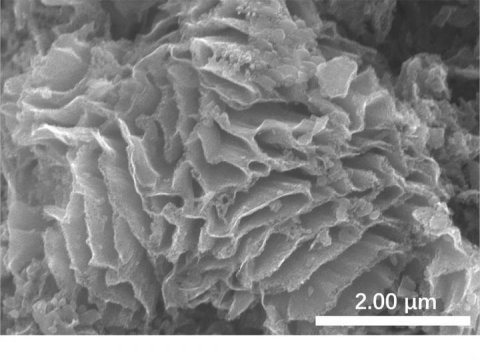 Professor Hu adds that the sodium embedded carbon offers several improvements in solar technology, fuel cells, supercapacitors, fuel cells, and so forth. The best part is its economic nature, the material needs very miniscule amount of sodium for better conductivity  for a larger surface area of carbon making the electrode a promising one for energy based devices. Hu further adds, “ In our research, we work with both theory and experiments. This gives us a unique opportunity to create new materials.”