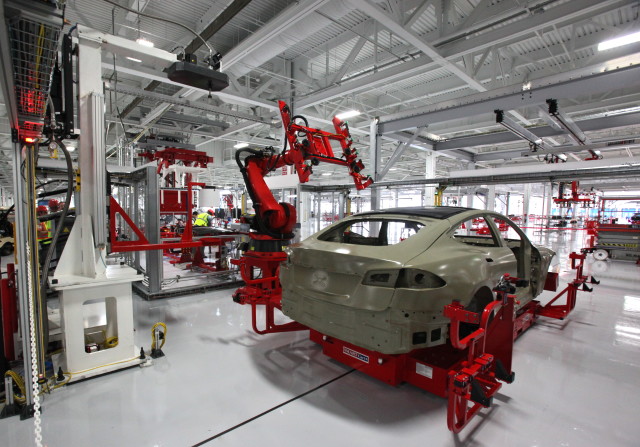 Tesla, one of the most superior automotive brand on this planet, has been mulling over new ways to expand its reach and impact. The brand has been making hard efforts to become future of electric vehicles and there is no way a company can escape the charm of South East Asia if what it seeks is a deep global impression. The Indian government has been looking forward to this partnership quite keenly. The Indian Minister of Road Transport, Highways, and Shipping, recently opened up about a government campaign that aims to make India Tesla’s adobe in South-East Asia. Mr. Nitin Gadkari was seen visiting Fremont, California for the same purpose.

As per an official statement released by ministry, the minister showed readiness in granting the American car maker lands near major Indian ports and facilitate the export of its finished goods to Southeast Asian nations. The statement says that, “Tesla senior executives admitted that their manufacturing hub has to be outside the US for markets in the rest of the world and appreciated the Indian offer of cooperation, which they said will certainly be considered at the appropriate time in the future. They said India will definitely be a market for their next generation, low cost, sustainable Model 3.”

Indian Prime Minister also visited the headquarters of the firm last year, the visit was actually a part of government’s initiative to increase EV transportation in India. The statement also disclosed that, “Replying to specific queries from the Transport and Highways Minister regarding manufacturing of electric trucks, buses, and two-wheelers, the Tesla team said they have future plans for trucks and pick-up vans, but not buses and two-wheelers.”

Though the production capacity of Tesla’s Fremont based plant is somewhere near 500, 000 units annually, the company’s 2016 manufacturing plan includes production of just 90, 000 units by December. Part Deux, the master plan from Elon Musk, projects that “somewhere between a 5 to 10-fold improvement is achievable by version 3 on a roughly 2-year iteration cycle.”

The characterization of Model 3 as version 0.5 along with version 1.0 wouldn’t let the plant achieve its complete production capacity by year 2022. In simpler terms, the company wouldn’t need expansion anytime in next 7-8 years. Therefore, the prospect of India becoming home of Tesla remains a distant reality despite all hard efforts.