The inductance meter is a device that can be used to measure the unknown inductance of an inductor or a simple coil. This project discusses the concept and the technique of measuring the inductance with a microcontroller board. This project makes use of the resonance frequency of a tank circuit, in which there will be a capacitor and an unknown inductance connected in parallel. The natural resonating frequency of the tank circuit varies with the value of the inductor connected. The frequency is measured and the value of inductance is calculated with the help of simple mathematical equations. 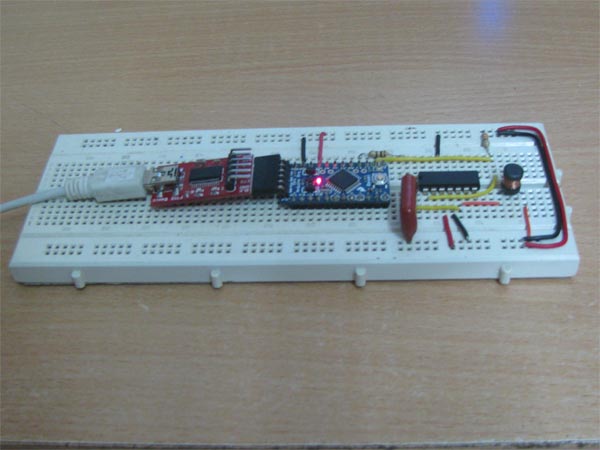 The Arduino board is used to develop this simple prototype of inductance meter, so reader needs to know how to start with arduino.The arduino board has all the required circuitry to get the built-in AVR microcontroller running. The AVR microcontroller boards which are provided with all the basic circuitry for the operation of the microcontroller which has been flashed with the Arduino boot-loader are called Arduino boards. The Arduino IDE is so simple to use that anyone who has basic knowledge of c programming can quickly get started with it. The output of the device can be viewed in the Serial monitor window of the Arduino IDE or in any Serial port accessing software like Hyperterminal, Putty, Mtty etc.

It is assumed that the reader has gone through the project how to get started with the arduino and done all the things discussed in it.

The Arduino based inductance meter explained in this project is basically a frequency meter which measures the resonating frequency of a tank circuit. The tank circuit is a general term representing an inductor and a capacitor connected in parallel. This circuit is also called parallel LC circuit, in which the ‘L’ denotes the inductance and the ‘C’ denotes the capacitor.

The Arduino board in this project charges a tank circuit, in which the value of inductance need to be found out is connected in parallel with a capacitor. The Arduino board suddenly discharges it at a point of time and let is resonate. The frequency at which the circuit resonates will be measures and from that the inductance is measured.

The value of the unknown inductance ‘L’ is then calculated from the known values of capacitance ‘C’ connected in the circuit, and the frequency ‘F’ of the damped oscillation of the tank circuit.

Calculating the frequency by measuring the time period of square wave is very easy using the Arduino code, the built-in function ‘pulseIn()’ helps to do that. The function returns the time period of a pulse which appears at the specified pin, as an example the statement,

This prototype can measure only very high inductance values. The value may vary slightly with each reading due to the tolerance of the capacitor. The users are suggested to add some calibration value with the actual value if it is required. 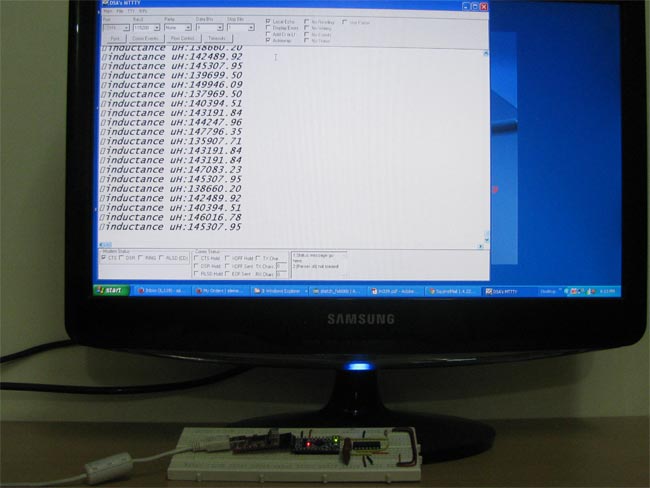