Banana connectors are a popular species of electrical connectors which find major use in connecting power amplifiers, speakers, woofers etc. in audio systems. Designed for high power applications, these connectors are known to work at an average of 1000volts and 15amperes. In any audio set up, the connectors are color coded into red and black where red connector holds the live wire while the black one serves as a reference (ground). Except the color coding, there is no structural difference between the connectors.

This Insight will give you a sneak-peek inside the assembly of such a connector, along with its external and internal details. 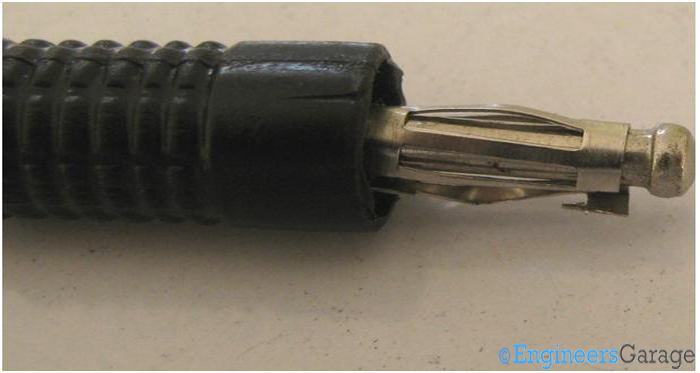 A plug spring structure is placed on the connector. This spring enables a good link with the female counterpart. 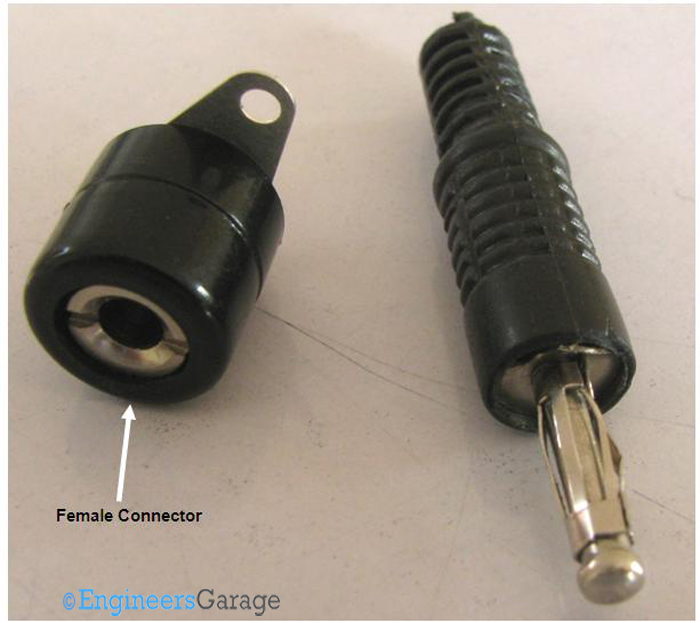 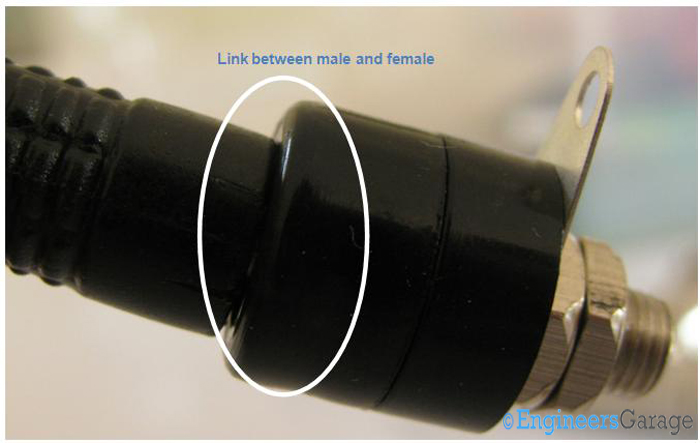 Link between male and female connectors: Image 05 details with the manner in which the connectors mate. Even when kept in an oblique position, the link is as good as it is in the earlier position. Tight Connection: The force required to disengage the connectors is more when compared to the force required in engaging them. A connection like this is not only resistant to mechanical stresses but also maintains the signal quality for high power systems. 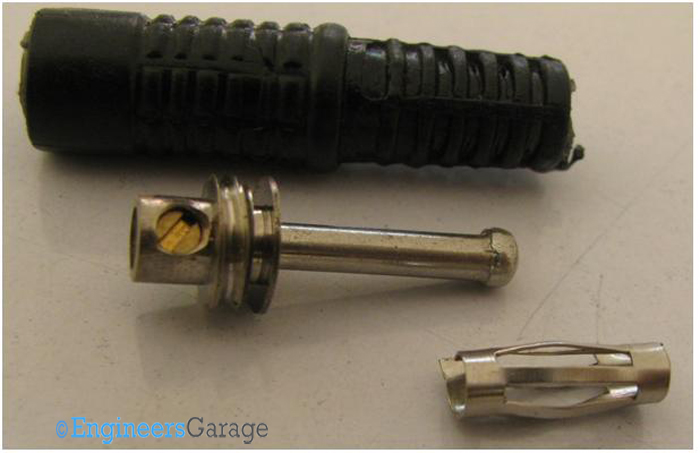 Dissembled Connector: The assembly is uncomplicated and the metal contact can be easily plucked out of the plastic sleeve with hands. However, once opened, the contact pin region reveals a screw through which the wire connects. It also has rings through which it gets attached to the plastic part of the connector. 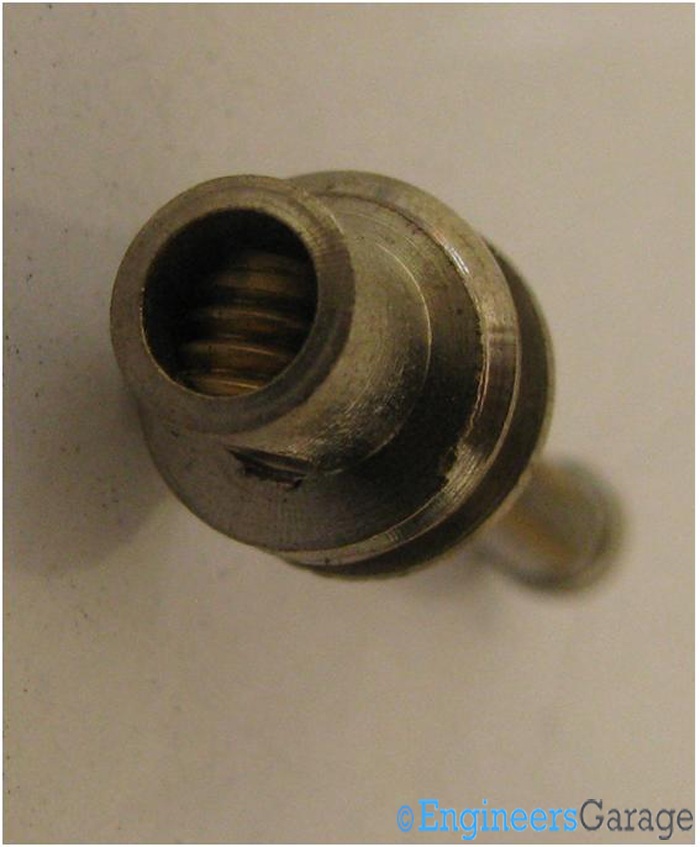 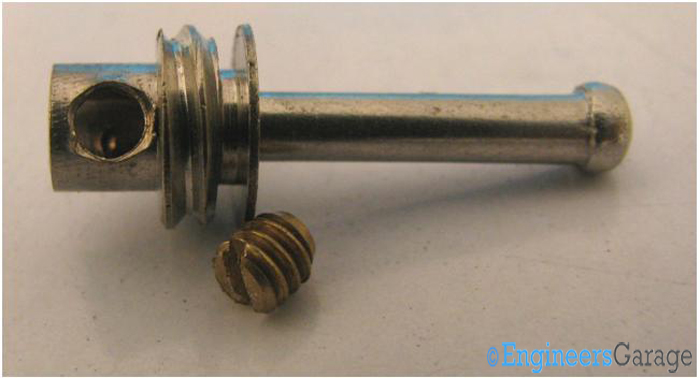 Fig. 9: Image of Assembly of Connector Pin and Screw

Connecting Screw: The screw is small, its radius approximately [6mm] but it is able to cover the contact pin grove as can be seen in the images above.