Bantam Connectors are a sub type of phone-connectors, used thus in professional audio applications. From microphones to guitars, these connectors serve as high quality links to connect audio devices.

They have a tip-sleeve (TS) structure and allow a permanent connection to wires by means of soldering. Often made from an alloy structure, these connectors might also come with a plastic covering which acts as a protector.

What makes a bantam connector deliver audio signals to the mixers? How are the wires soldered inside them? Let’s find out in this Insight about easy plugging-in and pull-out connectors.

Connector Parts: An alloy casted Bantam Connector is seen in Image 02. From the first look itself, three parts of standard bantam connector can be understood as:

The contact region is the one that interfaces with the port on the device, the holding grip facilitating easy insertion and removal of the connector. Through the terminals of spring region, the wire extends out and a spring facilitates the wire to move flexibly without getting damaged or putting strain on the link. 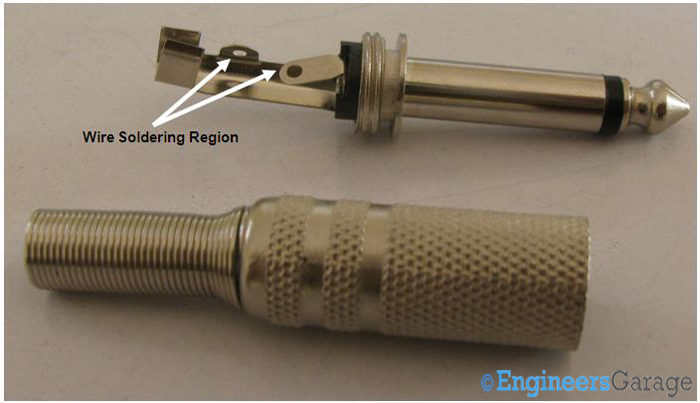 Wire Terminals: Once dissembled, the assembly reveals the internal structure of the contact region of Bantam Connector.  There is no provision for including a screw, so connections are made permanent by means of soldering. Two terminals where the wires attach are shown in Image 03. 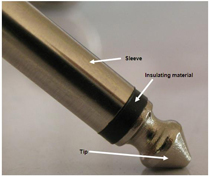 Insulating Region:  The terminals, where wires are soldered are shown in Image 04. A two wired connector, Bantam Connector has one wire (that carries the signal) attach to the contact pin region while the other wire (that serves as reference) is placed at the plastic insulating region. The structures are sufficiently distant to avoid any accidental contact between the wires which might ruin the functioning of the device. 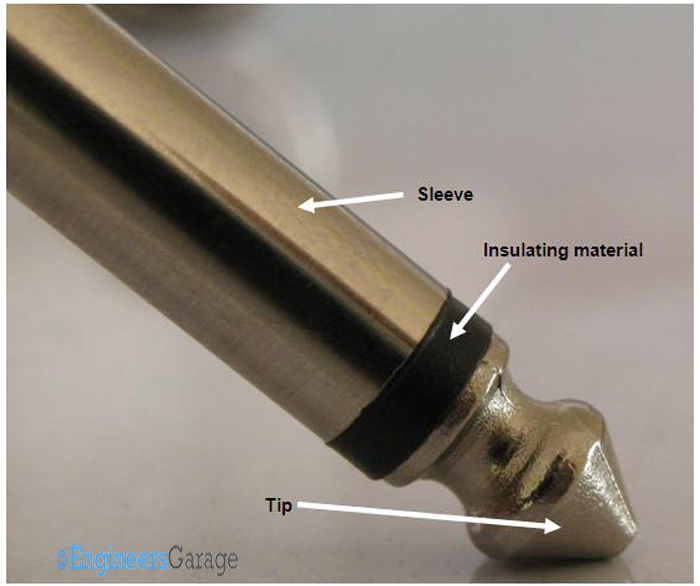 Fig. 5: Structure and Parts of Jack

Jack: The input jack region of connector is classified into a tip, an insulating ring and a sleeve. The size of the tip may vary from 3.5mm to 6.3mm depending on the application of the connector. The one in the image is a 6.3mm one. 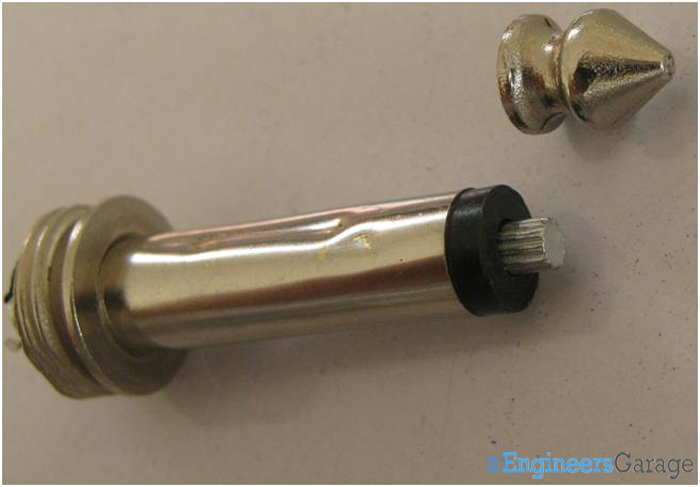 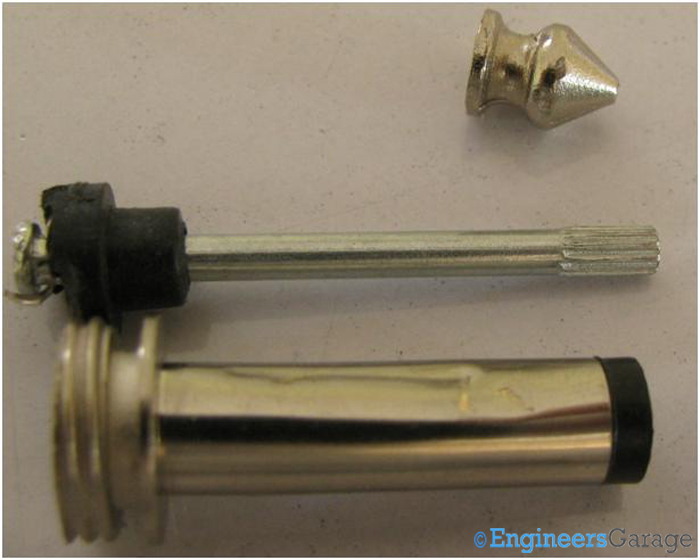