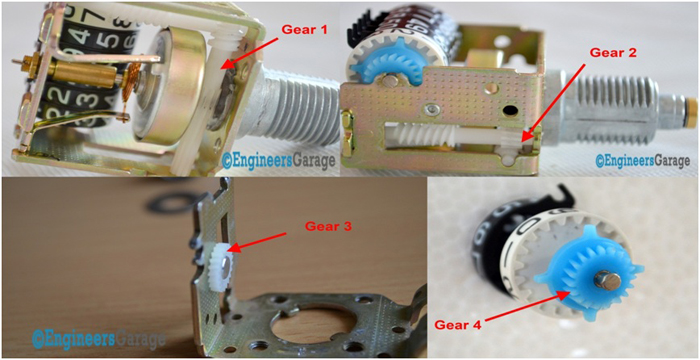 The gear assembly is made up of four gears in contact with each other. The image clearly shows position of each gear. On removing the gears we can clearly see the odometer as shown below.

The first ring of odometer is in contact with gear 4 which sets it in motion. To understand how the digits are moved in odometer assembly we need to have a clear picture of their design.

Let’s separate these rings and see how each ring is connected to other. 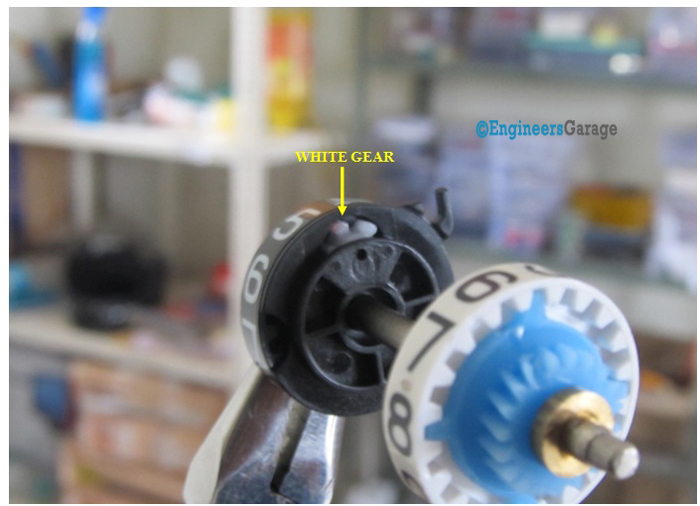 The odometer assembly is made up of six rings. Every ring is connected with the adjacent ring using the same arrangements. To avoid any confusion let us understand the mechanism between the first two rings.  The image shows the exact arrangement as to how the rings are interconnected. If we look carefully a white structure is visible. It is a small gear which is covered with the plastic plate. The plastic plate has a small cut through which we can see some of the teeth’s of the white gear coming out. 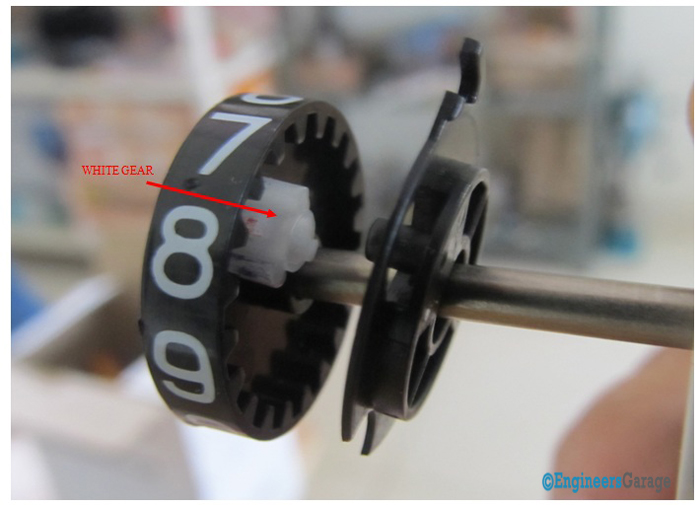 Fig. 4: Placement and Positioning of White Ring in An Odometer

The image above shows the position and placement of the white gear and the plastic plate. 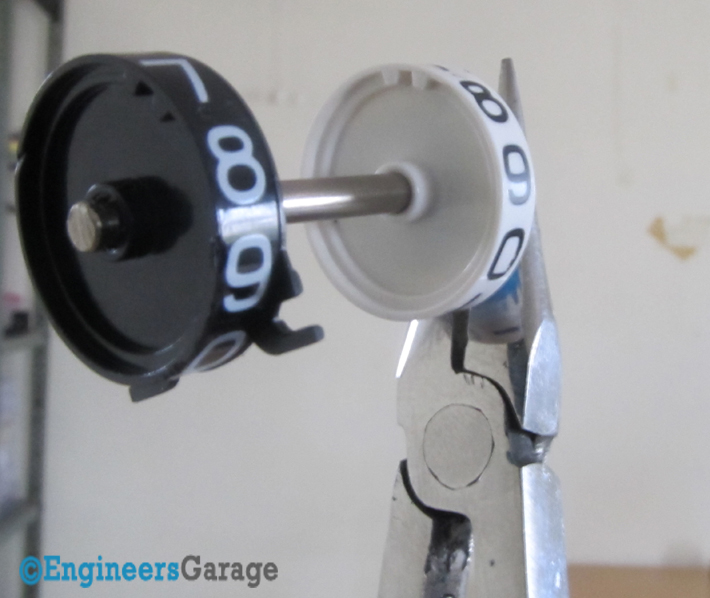 When viewed from the opposite angle the image shows the internal structure of the white ring. We can see the two teeth are carved out in the structure.

On removing the white ring we can see a clear picture of it from both sides. These are front and the back view of the ring. Every ring has a similar structure. One side has teeth running along the entire circumference while other side has only two teeth. The next image shows the entire arrangement of rings clearly. 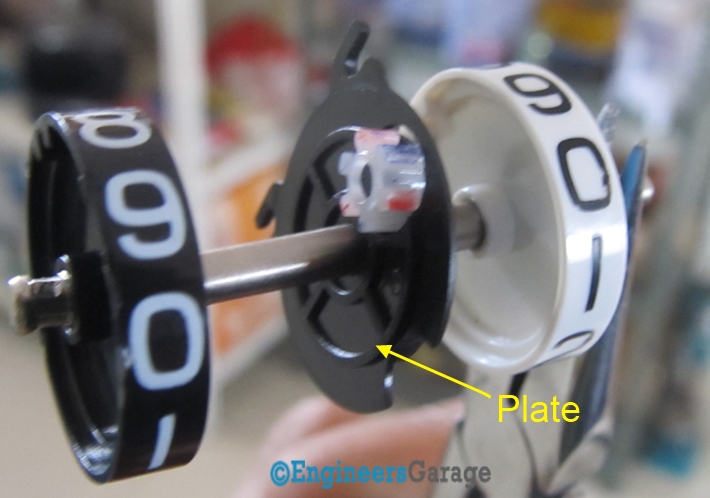 There is a very interesting fact about the design of white gear. 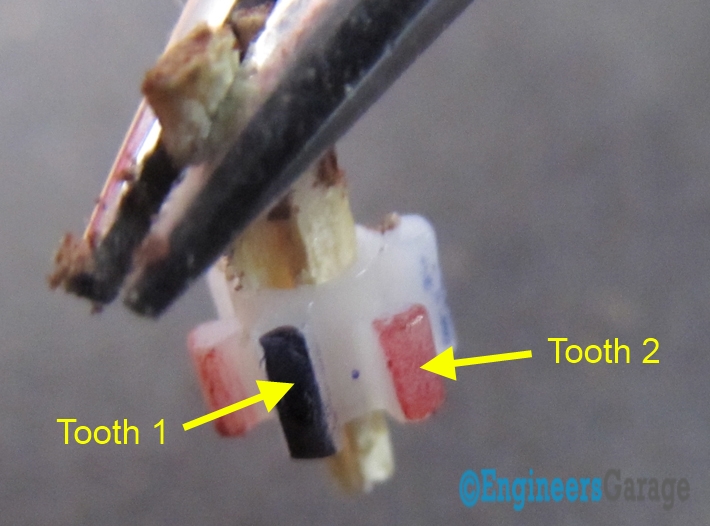 We have colored the teeth of the small white gear as black and red. It can clearly be seen from the image that the  black  colored tooth is  slightly more deeper  than the alternate red  one. The alternate tooth on the gear are specifically carved with different depths. Let’s understand why? After white ring completes one round, the teeth of the white ring comes in contact with gear.The first tooth of the white ring pushes the black tooth of the white gear while red tooth passes by without making any contact with the red tooth of white gear. .This ensures that the movement of black ring only by one point. The second tooth of the ring is used as a precautionary measure in case the first one is damaged due to wear and tear. Odometer assembly works even when one tooth is damaged because the height of the teeth on small white gear is varied such that the second tooth of the ring passes without coming in contact.