In my latest conquest of DIY i.e. Do It Yourself mission, I wanted to learn about a SCREW and not just our simple screw but most recent addition in the family of screws i.e. Expandable Screws. I found out recently that the air conditioner on my second floor window is placed using these screws. So, when I started researching more I learnt that these screws were specifically designed for installing heavy objects on concrete walls or for masonry purpose. Some common examples are installing dish antenna on the roof, holding the shade to cover your car or open area, tightening a rope to climb the wall etc .A normal screws gains their capacity to hold loads  by creating an interlock with the part in which they are inserted. For example a screw is inserted in a wall or in a wooden plank etc. The threads on the screw imparts grip and strengthen the hold. However, this interlocking force weakens in concrete walls due to cracking, holes or surface irregularities. This loosens the grip of the screw and it will come out easily .But the specific design used in expandable screw solves the problem. However, my ever so inquisitive brain was still spinning with the questions like what makes these screws special? How do they work? What is so special about their design?

So, the curiosity to know more about them forced me to buy one from the market.  The image below shows a typical expandable screw.

From the image we can say that expandable screw has a bolt at the center with a conical shape nut on one end and surrounded by three metal plates which act as sleeves. A twisted wire wound which acts as a spring at the center of the screw holds them together. After observing the outer structure, I tightened the screw to see what exactly happens? As the screw was tightened the conical shaped nut placed at the end of the bolt climbs on the threads and moves in between the sleeves and this force the sleeves to move radially outward. At this point I got the general idea about the working of the screw but my aim was to build the screw conceptually with designer’s perspective. Understanding the principle behind the screw will help me visualizing the design clearly.

Let’s think about a normal screw. It looks like a small rod with threads running along its sides. It is inserted in the drilled hole in between two objects that will be held together and a nut is turned on the screw’s thread until it is tightened and cannot be turned further. Expandable screw is built on the same concept with change in design that makes the expandable screws compresses against the wall of the drilled hole to transfer the loads which provides a tightened grip on the wall. Let’s put the concept in simple terms.We drill a specific size hole, insert the screw and radially increase the diameter of the screw larger than the hole so it gets a strong grip inside the hole.

With this idea in mind I opened the entire screw assembly so that each part can be assembled again by understanding their need in working of expandable screw.

All the parts of the assembly are shown below. 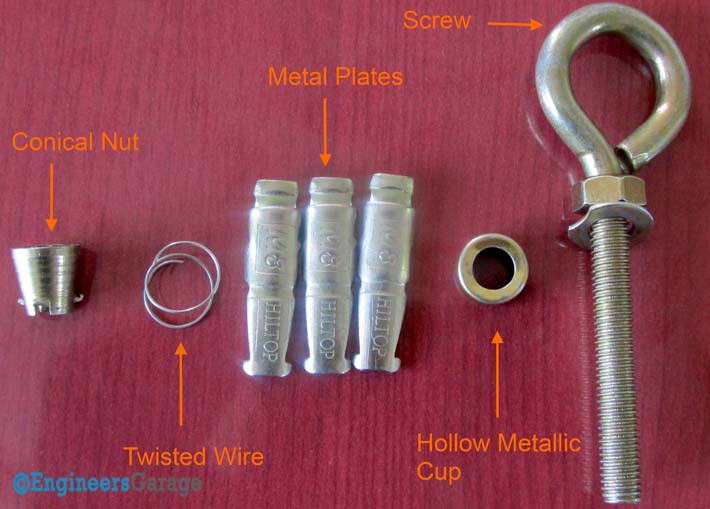 There are five parts in the image.

When I had a closer view of the screw installed in the wall only a hook was visible outside. This hook was used for tightening. This means all the other parts are placed around this screw. So, our first part in designing would be a screw.

The screw in the above image has a loop on one end known as head and the threads on the other is called shaft. The head or the loop is used for tightening the screw. Since the loop is curved and bent back in the same way as hook and resembles the shape of eye it is called “eye hook screw”. Eye hook screw forms the inner part of the expander screw and is aligned at the center with other parts mount around it.

Now we have our center part. Let’s figure out how does the size of the screw increases more than the hole? 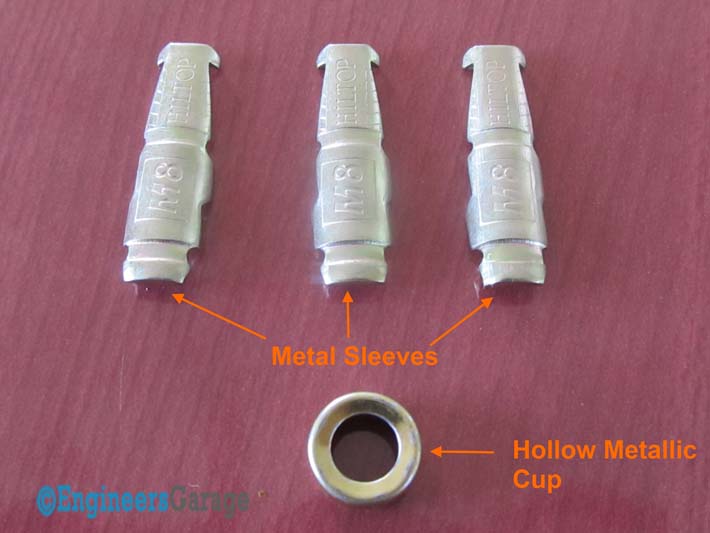 If we arrange the metal plates in the above image adjacent to one another they will form a tubular structure as per our design requirement. Let’ see how? 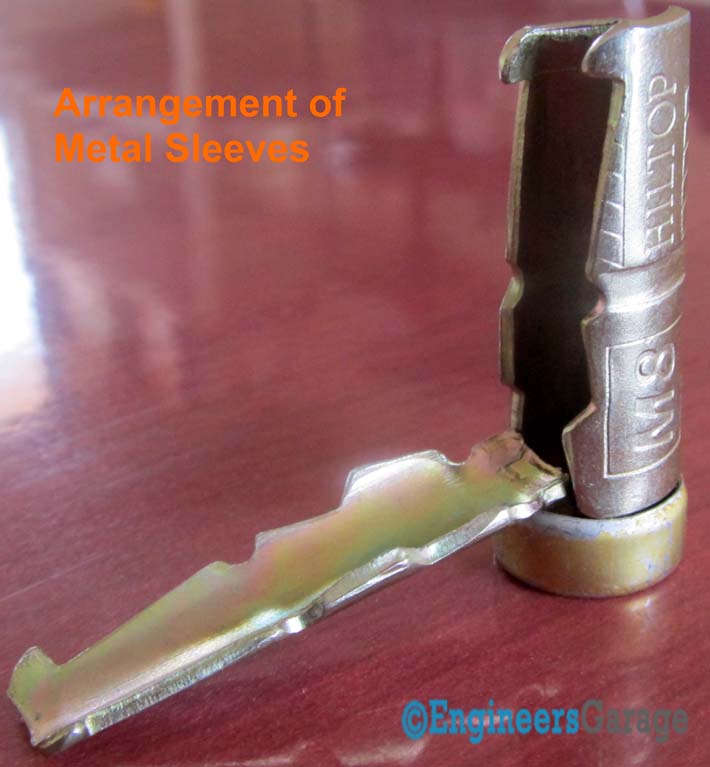 Fig. 5: Picture Showing How Metal Sleeves In An Expandable Screw

These metal plates are called sleeves. Three sleeves are placed adjacent to one another. This part forms the outer structure and termed as outer screw. After arranging the sleeves in their position we get the structure as shown below. 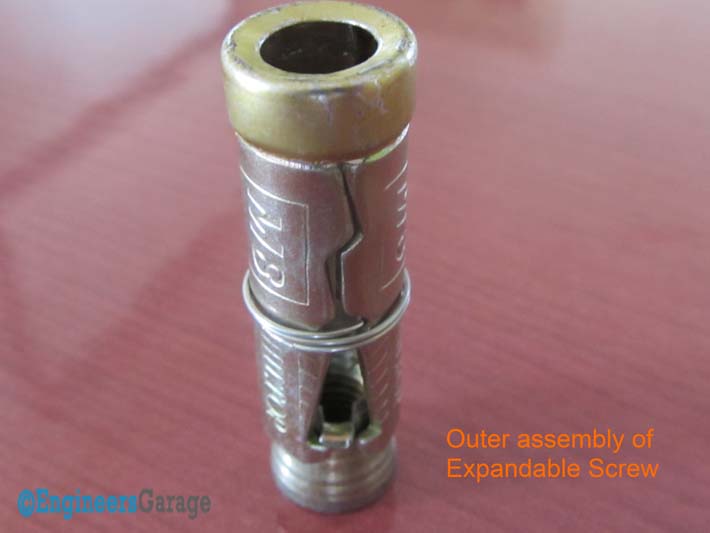 We can clearly see a tubular structure is obtained and can easily be passed through eye hook screw. A hollow cup is used to keep the sleeves together.

But there is still a missing link in our design. There should be a part that will push these sleeves outward to expand. The conical nut in the assembly accomplishes this task. 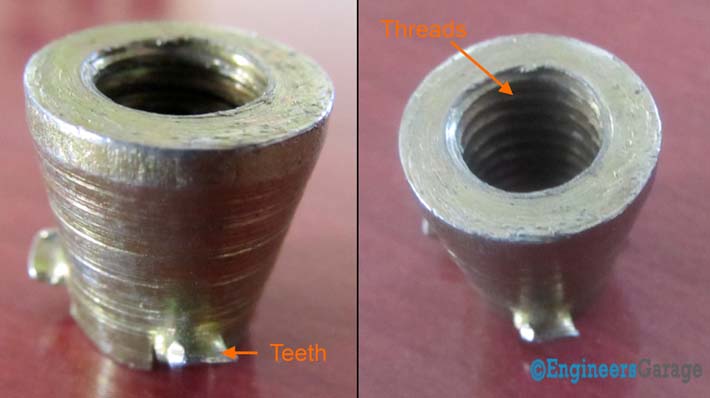 The shape of the screw after expansion can be seen in the image below. 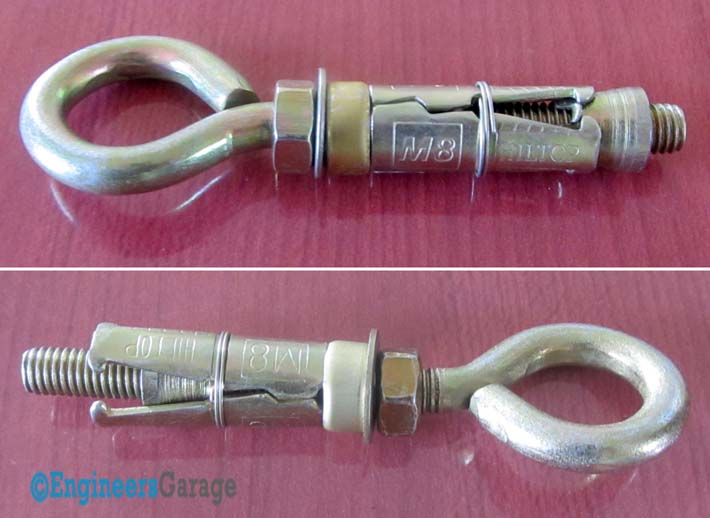 Fig. 8: Image Showing Expandable Screw Before and After Expansion

The strong  grip in the expander screw is because of two reasons.

1.The expansion of sleeves increases the size of the screw in the hole and hence making it difficult to move. This locks the screw inside the hole.

We have arranged eye hook screw, metal shield and expander cone. Now, we need a wire to tie the assembly together. I saw a twisted metal wire in the disengaged assembly. 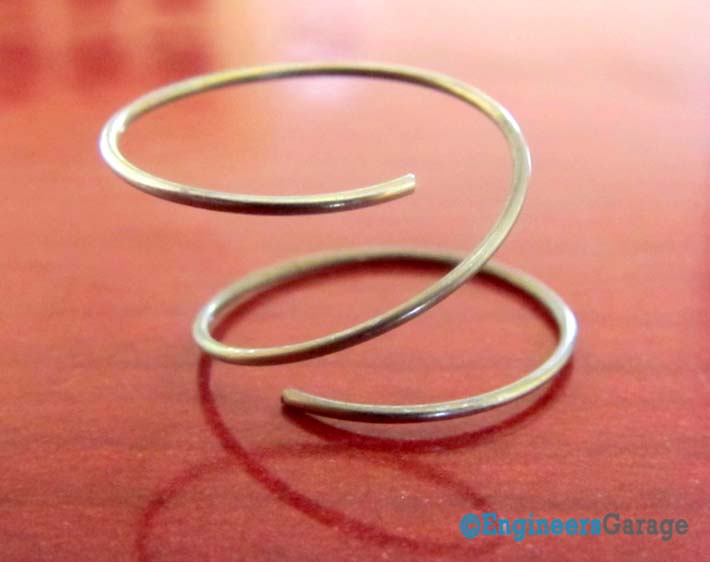 So, I coiled it around the expandable screw assembly as shown below.

As we can see from the image the metal ring is tightly coiled around the center of screw assembly. This metal ring which behaves as a spring holds the sleeves together during the expansion and contraction.

Let’s have a final look at the design we developed using the basic working of expandable screw assembly. 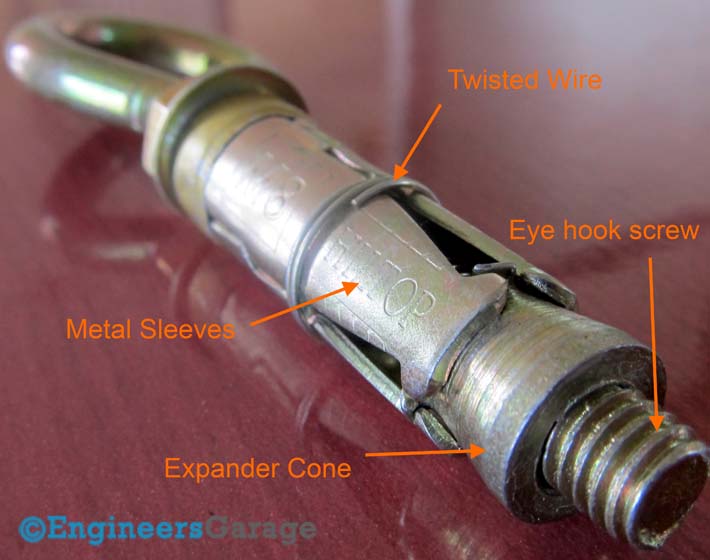