Continue to Site
Soldering iron is quite popular hand tool commonly used to solder components with each other. It works on a very basic principle. When we pass current through a high resistant material, heat is generated. We use this heat to melt down a conductor metal also called soldering wire and putting it between two components in order to connect them electrically. 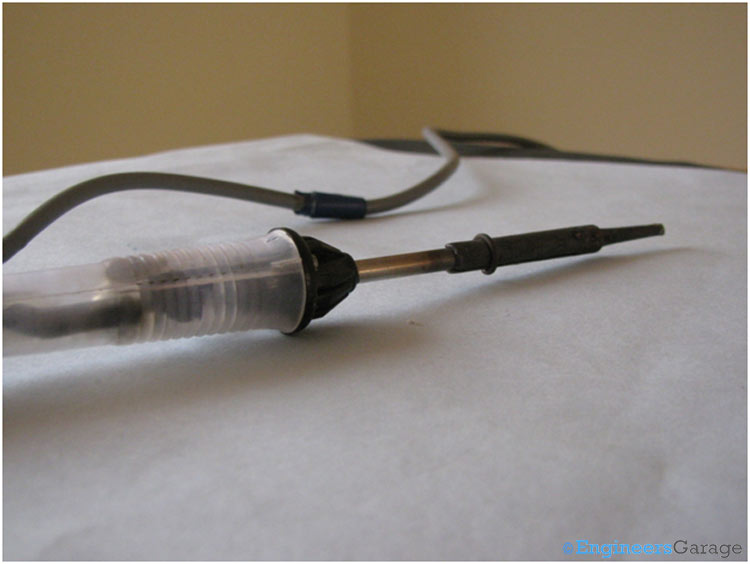 Fig. 1: Image of a Soldering Iron
A general soldering iron consists of a heating region and an insulated handle. On supplying electrical current to the soldering iron, the heating tip gets heated and with the help of a soldering wire it joins two components.
Heating Tip: 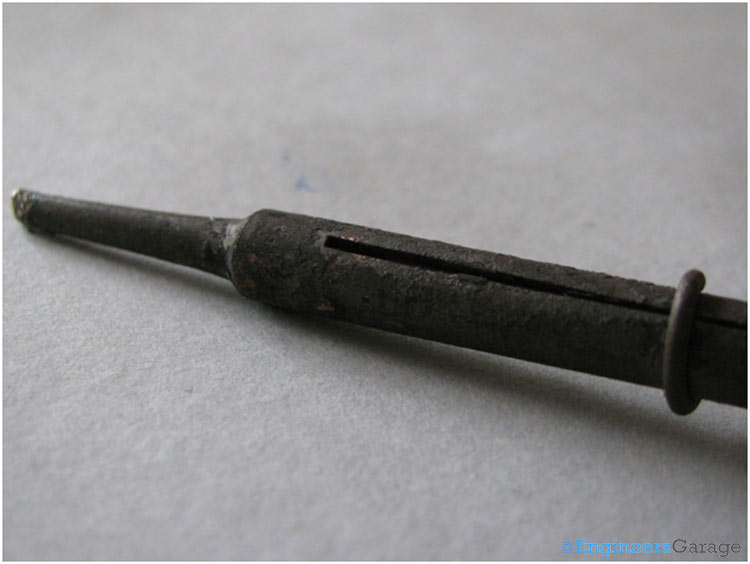 Fig. 2: Heating Tip
Heating tip of a soldering iron is shown in the image above. 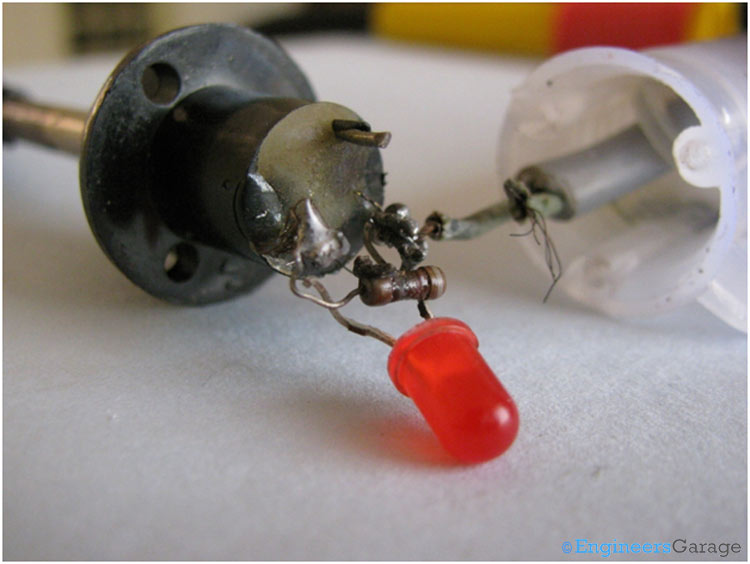 Fig. 3: LED and Connected Resistance
Some categories of Soldering Iron also have an LED to indicate if soldering iron is on or not. A resistance connected in series to limit the current to passing through the LED. 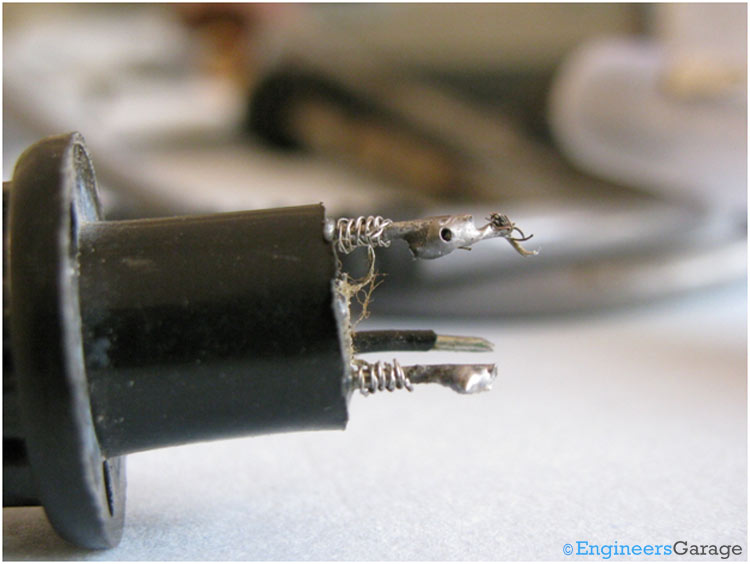 Fig. 4: Three Terminals of Iron—Live, Neutral, and Earthing
Three terminals of the iron that are connected with heating region are live, neutral and earthing. 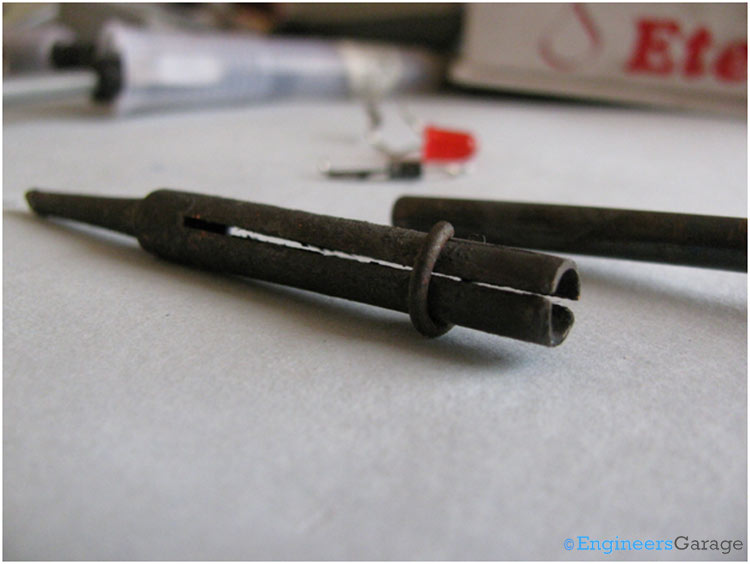 Fig. 6: Second Part of Soldering Iron
This is the resistive element which directly gets the electric current and heated up. Material used to make it are generally copper, nickel, etc. have low emissivity i.e. these materials have a low tendency to release heat in surroundings. Read more what is soldering and types of soldering.
Filed Under: Insight
Tagged With: led, solder, soldering, soldering iron