Continue to Site
Intel, in collaboration with the Board Institute of MIT and Harvard, has developed the newest version of the Genome Analysis Toolkit. The fourth iteration of the software, GATK4, is now going to be released under an open source license. This will enable more researchers to pursue high-performance analytics on genomic data from a wide variety of resources.
Intel and Broad envision a common dream of making genomic data widely accessible for research to yield important discoveries. Advances in the field of genomics can lead to a better understanding of the complex biological systems and hence prove helpful in treating diseases like cancer by accelerating precision medicine. 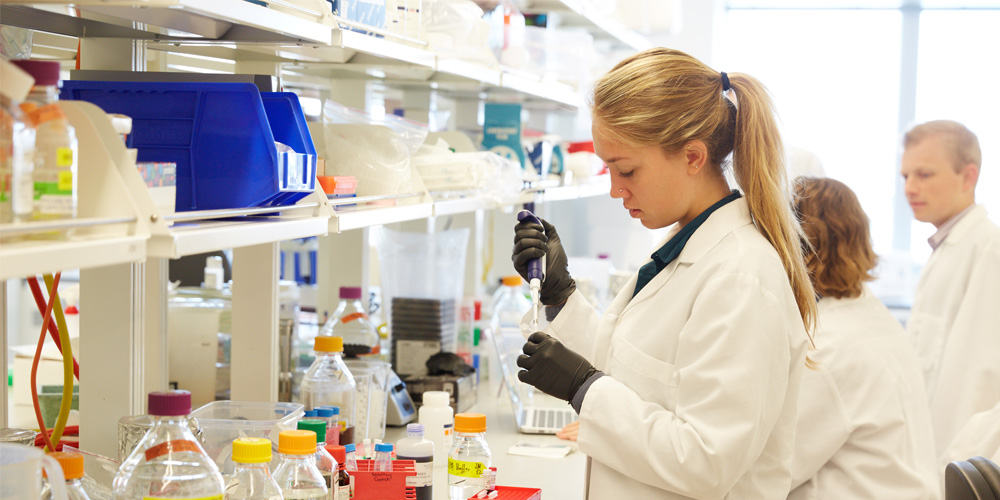 Intel Collaborates with Broad Institute for Enhanced Genomics Research Solution
(Image Courtesy: Intel)
For this purpose, the two entities have developed a breakthrough architecture called the Broad-Intel Genomics Stack (BIGstack). It’s 5 times faster than the previous versions and offers an improvement to the Broad’s Genomics analytics pipeline using Intel’s CPUs, Omni-Path Fabric, and SSDs. The stack also contains optimizations for the upcoming release of Intel’s integrated CPU + FPGA products showing a potential for more than 35 times improvement in the PairHMM algorithm.
Moreover, China’s industry leader in Genomics, BGI, has announced its plan to adopt the latest GATK tools including Broad and Intel optimizations. This is a groundbreaking step towards global alignment in the rapidly growing genomics community. The expanded access will facilitate the standardization and sharing of data for a better research in the future.
Version 1.0 of the BIGstack is the kind of breakthrough in affordability for the genomics analytics community created as part of the Intel-Broad Center for Genomic Data Engineering. The stack is available to 45,000 registered academic, nonprofit, and commercial users of the GATK, the Broad’s popular genomics analysis toolkit.
About Intel
Intel Corporation is an American multinational corporation and technology company headquartered in Santa Clara, California that was founded by Gordon Moore and Robert Noyce. It is the world’s largest and highest valued semiconductor chip makers based on revenue, and is the inventor of the x86 series of microprocessors: the processors found in most personal computers (PCs). Intel also manufactures motherboard chipsets, network interface controllers and integrated circuits, flash memory, graphics chips, embedded processors and other devices related to communications and computing.
Filed Under: News
Tagged With: Intel, Technology