Continue to Site
Intel® Shooting Star® drones recently made into one of the first drone special issue by TIME. It is one of the first issue of TIME on drones that featured Intel drone light show. It was during the beginning of last month when Intel’s drone team started working with TIME magazine’s team for iterating the iconic, huge-sized TIME masthead with red border in California sky. It included approx. one thousand Intel shooting star drones.
The magazine is available on shelves since June 1 with a special article from Brian Krzanich, Intel’s CEO. In this article he talks about the transformation, innovation as well as highly developed drones that are giving new perspective to everyone’s lives. If this intrigues you than you may also want to check out how ‘Intel’s Work With Parley for the Oceans’ over Parley SnotBot.
For creating the first TIME cover shoot by drone, the two team jointly worked with Intel’s Drone Light Show Team. They had more than 958 drones  who displayed a shade of red and the other one for holding a camera in air at the right angle. The final result  was one of the best and biggest drone shows that ever took place in United States. You can take a look at the pictures below for a better idea:
Intel Shooting Star Team Members Testing Some Of Their Drones Prior Cover Animation Attempt 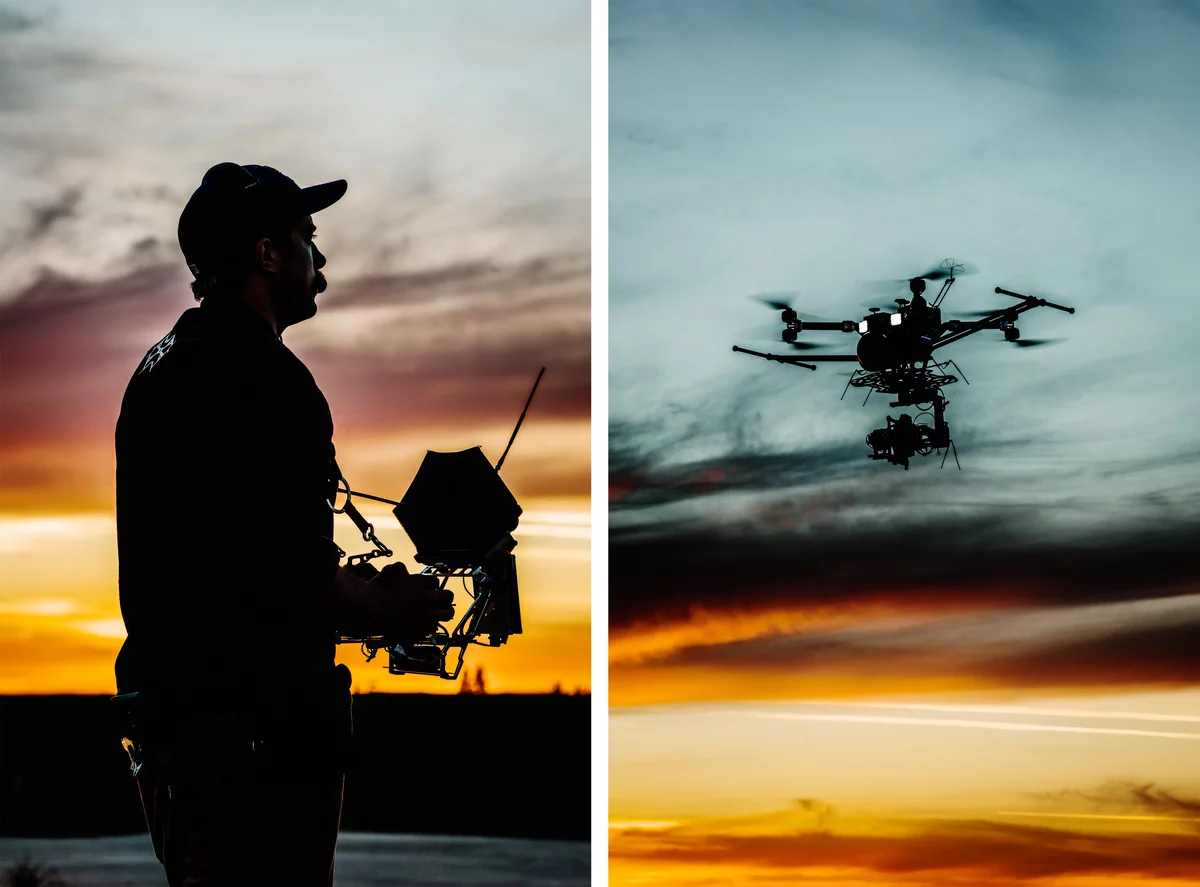